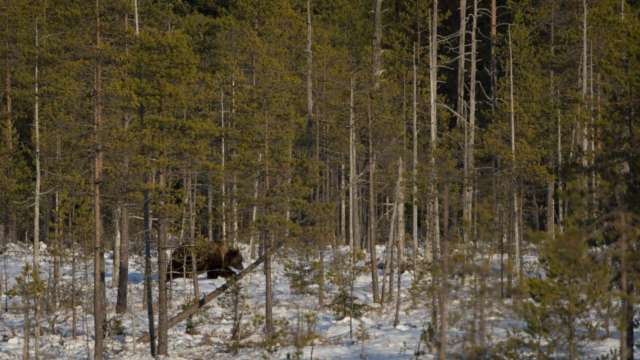 Wall Street is still affected by inflationary pressures, supply chain disruptions and consequent earnings growth concerns. Retail stocks continue to be under pressure due to the unfavorable forecast of Ross Department Store. The trend of U.S. stocks on Friday (20th) was ups and downs, and the main U.S. stock index opened higher After that, it quickly turned black, and Tesla suffered a violent sell-off. The S&P once fell to a one-day low of 3,810.32 and fell into a bear market. Fortunately, the S&P bought on dips in late trading.Dow Jones V-shaped rebound, thrilling to close in the red.

On the political and economic front, Federal Reserve hawk James Bullard, president of the Federal Reserve Bank of St. Louis, said Friday that raising rates by 2 yards at the upcoming meeting is a good plan, stressing the need for Raise interest rates to control inflation.

Wall Street continues to worry that the Fed’s tightening of monetary policy will lead to a recession in the U.S. economy. Bank of America strategists quoted EPFR Global data showing that as of May 18, stock funds outflowed $5.2 billion, but U.S. stocks only inflowed 300 million Dollar.

In terms of geopolitics, U.S. President Joe Biden will make his first trip to Asia since taking office. The first stop will be South Korea, and then he will go to Japan.

Biden flew to the U.S. military base in Korea in Osan, Gyeonggi-do, South Korea on Friday on a special plane of Air Force One. Biden went to the Samsung semiconductor factory as soon as he got off the plane. The new South Korean President Yin Xiyue and Samsung Electronics Vice Chairman Lee Jae-yong also inspected together. On the hope that the United States and South Korea will use a technological alliance, Yin Xiyue also expressed his willingness to build an economic and security alliance between the two countries.

The new crown pneumonia (COVID-19) epidemic continues to spread around the world. Before the deadline, data from Johns Hopkins University in the United States pointed out that the number of confirmed cases worldwide has exceeded 523 million, and the number of deaths has exceeded 6.28 million. More than 11.7 billion vaccine doses have been administered in 184 countries worldwide.

In addition to the new crown epidemic, the World Health Organization (WHO) held an emergency meeting on Friday to discuss the global epidemic of monkeypox (monkeypox) virus, which is quietly heating up, and that the disease is spreading among monkeys in central and west Africa, occasionally spreading from person to person and causing death. The rate can reach 10%, and there have been at least 100 confirmed or suspected cases in Europe recently, and cases have also been reported in the United States, Canada and Australia.

The performance of the four major U.S. stock indexes on Friday (20th):

Ross Stores, a US budget department store (ROST-US) fell 22.47% to $71.87 a share on Friday, the biggest drop since 1986. Following Wal-Mart and Target, Ross became another retailer with dismal performance. In the first quarter, net earnings per share reached $0.97, revenue reached $4.33 billion, and same-store sales fell 7%, both below market expectations. Ross also expects same-store sales to fall 2% to 4% for the full year, citing inflation that will hurt profits.

American agricultural machinery manufacturer Deere (DE-US) plunged 14.03% to $313.31 per share. Deere’s latest earnings report was mixed, with net earnings per share of $6.81, beating market expectations, but revenue of $12.02 billion, well below expectations. Deere explained that this was due to supply chain issues and parts shortages that affected capacity. At the same time, Deere warned that high inflation could push up agricultural costs and could hurt product demand.

Tesla (TSLA-US) fell 6.42% to $663.90 per share. According to the market, Tesla plans to continue to adopt closed-loop management at the Shanghai plant until mid-June. In addition, Tesla’s execution of Musk’s words and deeds has once again caused controversy. In addition to being sexually harassed by flight attendants, he also announced a new political stance. There was a boycott of Tesla (#BoycottTesla) on the social platform Twitter, and users threatened to cancel Tesla orders. .

Poor earnings reports and forecasts from Walmart and Target this week raised concerns about companies’ ability to deal with inflation and consumers’ willingness to pay higher prices, putting more pressure on U.S. stocks.

David Wagner, portfolio manager at Aptus Capital Advisors, said this week’s slump felt as if the market was beginning to realize that earnings growth and the S&P’s profitability could be threatened as inflation continues to climb throughout the year.

Jeremy Grantham, a well-known investor who has successfully predicted three market bubbles, predicts that inflation will remain high and emphasizes the seriousness of the challenges the Federal Reserve is currently facing, and U.S. stocks may fall by as much as 80% from their peak.

The figures are updated before the deadline, please refer to the actual quotation.

Tuktamysheva in a black bikini flashed a figure in the Maldives