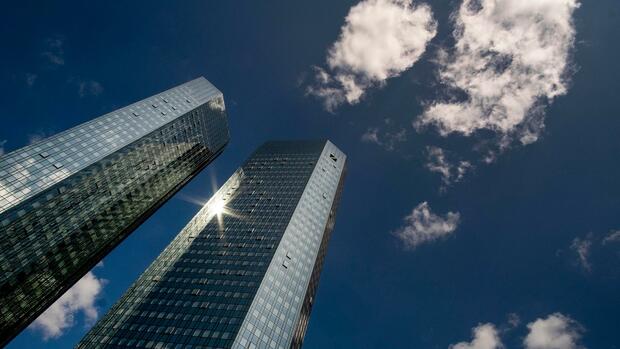 Frankfurt The rating agency Standard & Poor’s (S&P) estimates the outlook for the Deutsche Bank positive one. Because of the progress made in the restructuring of the company and the institute’s resilience to the Corona crisis, the outlook has been raised to “positive” from “negative”, S&P announced on Friday.

So that can the Dax-Group instead of a threatening downgrading of the credit rating now raise hopes for an upgrade.

With “BBB +” the classification for the long-term rating is currently three notches above the junk level and is worse than that of many large European financial institutions. With better credit ratings, the financing costs for banks are usually reduced, and these are also important for customer confidence.

“I am very pleased about this better rating by S&P, after other leading rating agencies have already raised the outlook for our bank,” wrote CFO James von Moltke in an internal message to the employees that was available to Reuters.

The S&P competitor Fitch also raised the outlook for Germany’s largest financial institution to “positive” in January, and Moody’s improved it to “stable” in November.

In 2020, Deutsche Bank made a profit for the first time in six years. The bottom line was that the bank achieved a surplus of 113 million euros after a loss of 5.7 billion euros due to the renovation in 2019.

It owed the turnaround in the midst of the Corona crisis primarily to the flourishing investment banking. S&P expects the success of the renovation to become more visible in the next twelve to 24 months. If the bank approaches its target of a return on equity of eight percent in 2022, S&P could raise its rating.

S&P raised the classification for AT-1 papers by one level to “BB-” from “B +” on Friday. AT1 papers are counted towards a bank’s equity capital under certain circumstances, as they are converted into core capital if the capital ratios fall below certain levels. In an emergency, the creditors are jointly liable for a bank’s losses.

The stocks were developed after the financial crisis to ensure that investors – and not taxpayers – have to stand upright if the bank goes into trouble.