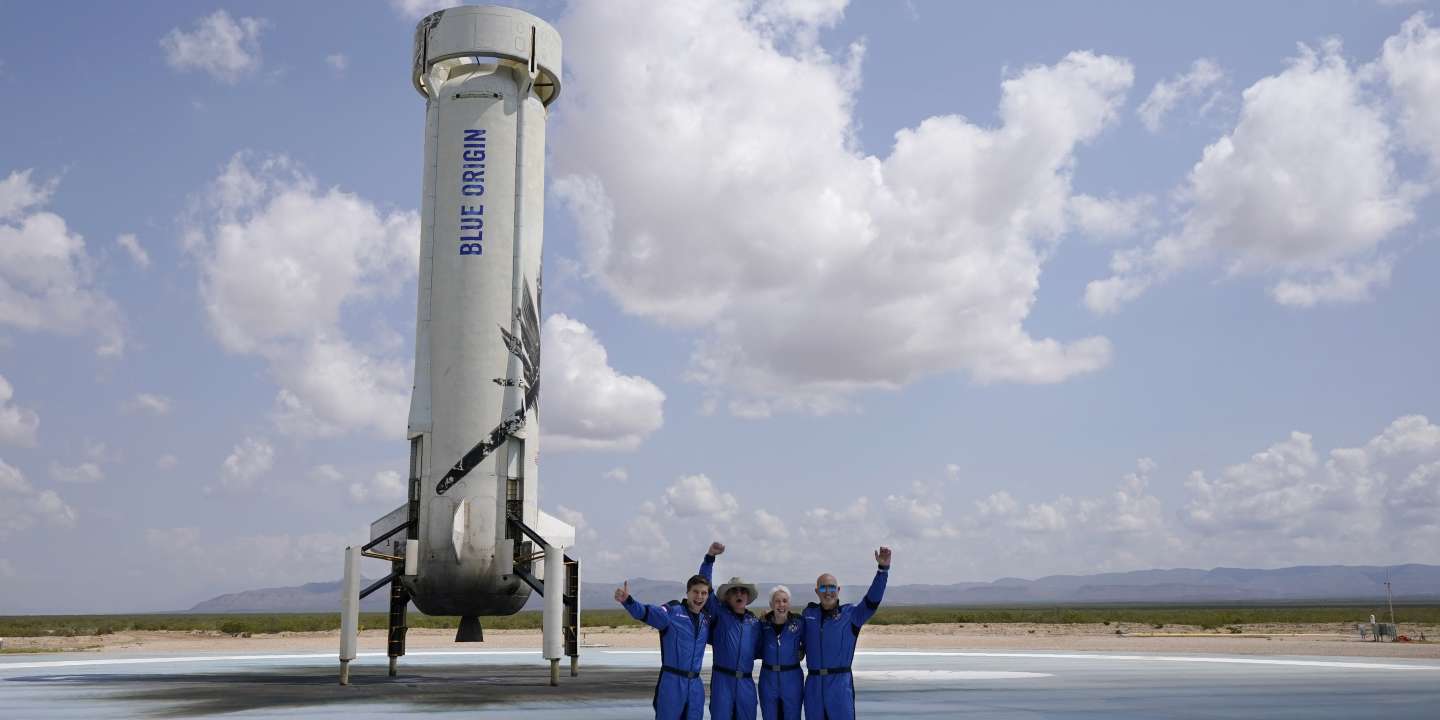 Editorial of the “World”. Just as a virus dramatically complicated the way to travel on Earth, a handful of super-rich entrepreneurs took it upon themselves to make space more accessible. Tuesday, July 20, fifty-two years after man’s first step on the moon, Amazon founder Jeff Bezos took to the skies with three other passengers in a rocket designed by his space company, Blue Origin , to propel oneself to a hundred kilometers of altitude.

A few days ago, the Briton Richard Branson, boss of Virgin Galactic, inaugurated the first suborbital tourist flight. Other billionaires are ready to use rockets from SpaceX, Elon Musk’s company, to reach the International Space Station, located 400 kilometers from Earth, where a hotel project is planned. Some even plan to tour the Moon.

The temptation is great to reduce these space tourism projects to the whims of billionaires in need of thrills. Admittedly, the eleven minutes of flight offered by Jeff Bezos and his companions have a disproportionate financial and environmental cost for the common people of Earth, but the initiative is especially conceived as a step towards much more ambitious horizons.

Like Icarus, who tried to escape the labyrinth designed by Daedalus, his father, thanks to wings fixed with wax, Musk and Bezos pursue the same quest: to one day allow humanity to take its distances from an Earth that has become unlivable, after humans have exhausted its resources and disrupted its climate. When the boss of SpaceX wants to colonize Mars, the boss of Blue Origin imagines making space a rear base. On the contrary, urgency requires us to devote all our resources to preserving life on the Blue Planet.

A wild west without a sheriff

Will they burn their wings before they achieve their ends, as in the tale of Greek mythology? In the meantime, the privatization of the conquest of space poses more immediate questions. Investors in “New Space” are shaking up the precinct of state powers with reusable rockets. If space tourism should remain a niche market in the short term, on the other hand, the distribution of high-speed Internet by satellite, essential to operate billions of connected objects, not to mention mobile phones, constitutes a source of profit. and gigantic power for these new players.

With its Starlink constellation, made up of thousands of satellites, SpaceX has taken a step ahead of Jeff Bezos, already transforming low orbit around 500 kilometers from Earth into a kind of wild west without a sheriff where the risks of accidents and collisions with other satellites are more and more frequent.

This is why the exploitation of space, tourist or more industrial, must imperatively be regulated, at a time when state actors are losing their supremacy. This could go through the creation of governance under the aegis of the United Nations. Even though these private companies claim to save humanity, space is not theirs. It would be unfortunate to reproduce the mistakes made with the Internet. After letting a handful of companies set the rules for the rest of the world, states now have all the trouble in the world to curb the power of the web giants.

If Jeff Bezos’ goal is to “Building the road to space”, it is up to the international community to mark out the route. Space is not a jungle, even for the founder of Amazon.