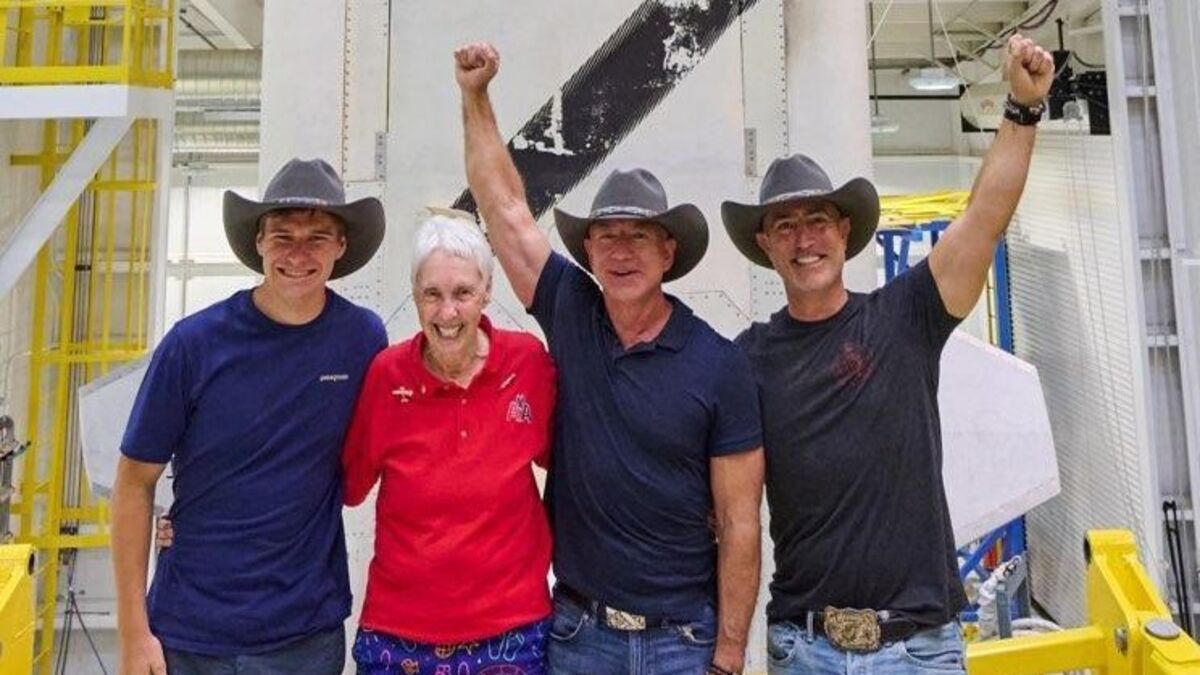 This morning in 1999, Jeff Bezos decides to think big. The 35-year-old boss, whose Amazon company has been in existence for five years but does not make a profit, has just attended a screening of the film “October Sky”, the story of a miner’s son who became an engineer of The NASA. Over a coffee, he lets himself be convinced by a friend to make his dream come true: to create a company in the space sector. The following year, Blue Origin was born and twenty-two years later, its founder, who had become the richest man in the world, was preparing to leave for space himself. Take-off scheduled for Tuesday, at 3 p.m., from Texas.

Half an hour before departure, the multi-billionaire will take his place in a capsule 3.8 m in diameter placed at the top of his New Shepard rocket. At his side, his brother Mark, as well as Oliver Daemen and Wally Funk, who will become respectively at 18 and 82 years old the youngest astronaut in history and the oldest. Approaching 100 km altitude, the limit of space, the launcher will separate from the capsule to land not far from the take-off site. The capsule will continue its ascent to offer passengers a few minutes in weightlessness, then descend in free fall, before being slowed down by parachutes. In total, the flight will last 10 to 12 minutes.

Nine days after the flight of Virgin Galactic staff led by Richard Branson, Blue Origin is giving space tourism a new start, a niche for the rich intended to give visibility to private players in the sector. In recent days, Jeff Bezos, not very fond of interviews, presented his crew on several American television channels. “He is leaving Amazon to devote himself more to Blue Origin. I think he is fed up with being shorn of wool on the back by SpaceX ”, explains François Chopard, founder of Starburst, accelerator of space start-ups.

“Jeff Bezos wants to send the message that his company will democratize space thanks to more reliable technologies than those which currently exist and wants to prove it by taking on board a young person and an old person”, affirms Victor dos Santos Paulino, professor of management of innovation at TBS Education.

The Dean is a seasoned aviator who has never been able to get to space, despite being qualified for. The youngest, the only Dutchman in a very American crew, benefited from a strange combination of circumstances. His ticket was to go to the winner of an auction, concluded in June at 28 million dollars (23.6 million euros). But for calendar reasons, according to Blue Origin, it was the second bidder, Oliver’s father, who won the ticket and gave it to his son.

For subsequent tourists, the ticket to the space could cost around $ 200,000 (€ 168,625). Ahead of the date of its inaugural launch by Virgin Galactic, Blue Origin has highlighted its strengths: its rocket goes higher and has larger windows. “This rivalry between billionaires is a bit overplayed. But it’s good for all the actors who are involved, ”Judge Victor dos Santos Paulino. Conversely, an unforeseen event on Tuesday could have consequences for the entire sector. “It can have ripple effects and investors might find the activity too risky. “