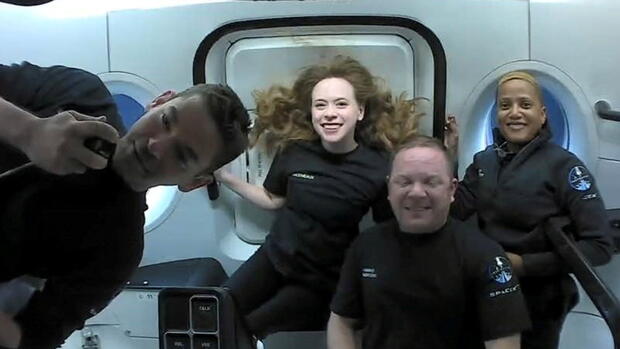 Düsseldorf, Cape Canaveral The space company SpaceX of Tesla founder Elon Musk has successfully brought the world’s first all-mission with amateur astronauts to a close. The four space tourists from the “Inspriation4” mission landed on Saturday in good weather around 7:00 p.m. local time (1:00 p.m. Sunday, Central European time) off the coast of Florida. The mission was the first outing by an all-civilian crew ever put into orbit.

On board the space capsule “Crew Dragon” was the 38-year-old US billionaire Jared Isaacman, who had chartered the flight into space. A doctor’s assistant, an artist, a professor and an aerospace engineer were on the way with him.

“That was a great ride for us,” Isaacman radioed from the capsule shortly after landing. The billionaire had chosen his fellow travelers through various charity campaigns because he wanted to collect donations for a children’s hospital in the US state of Tennessee with the mission.

After its launch on Wednesday evening from the Cape Canaveral spaceport, the space capsule of the private US space company orbited the earth for three days. For each orbit, the spaceship took around 90 minutes at around 30,000 kilometers per hour. It floated at a height of 580 kilometers above the earth, higher than the International Space Station (ISS).

The company announced that the re-entry landing was fully automatic. The capsule was said to have been exposed to temperatures of almost 2000 degrees on the outside when it fell through the earth’s atmosphere. The space tourists’ flight suits were designed to stay cool when the cabin heated up.

Problems with the waste management system

Nevertheless, there were apparently minor technical problems on the tourist flight into space – among other things with the ventilation system in the waste management and a temperature sensor in one of the engines. The television station CNN quoted responsible SpaceX employees as saying that there was no risk at any time. “We had a back-up plan,” said Head of Mission Ericson. 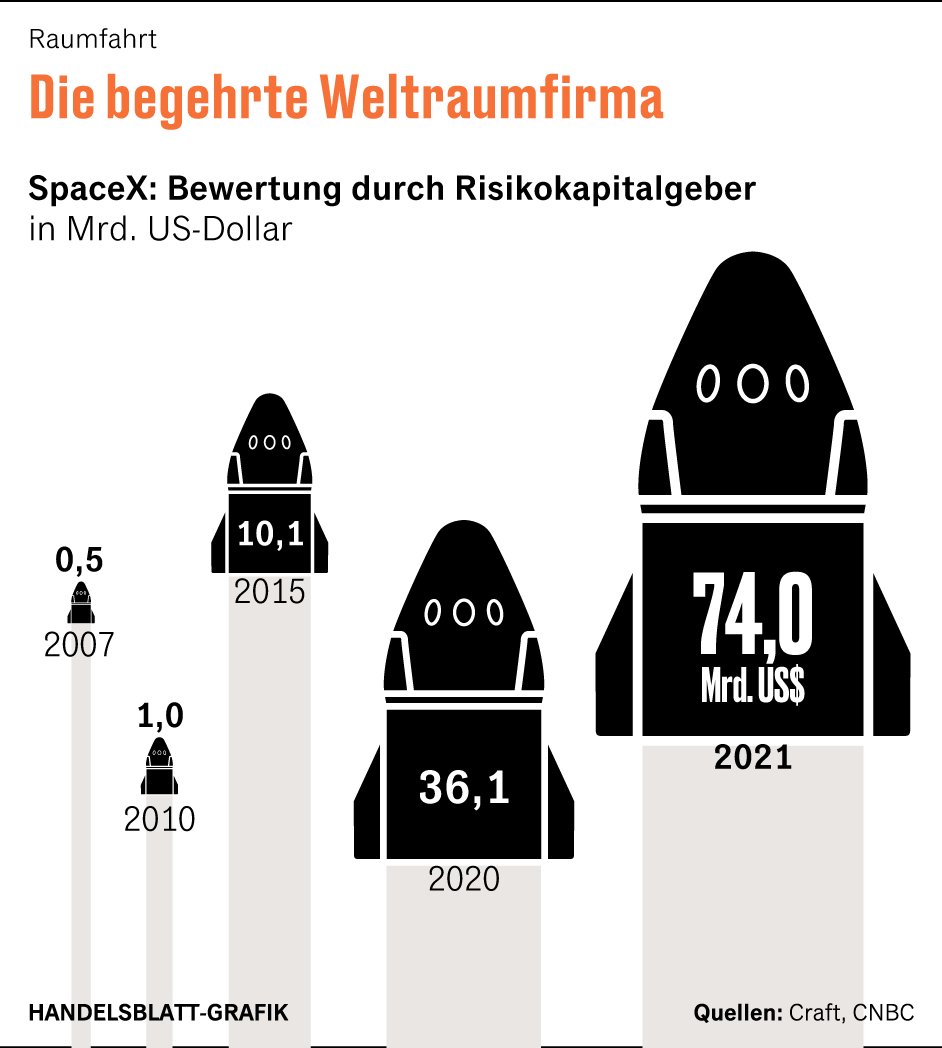 Isaacman is the third billionaire to venture into space from the United States in just a few months. In July, the British entrepreneur Richard Branson and about ten days later Amazon founder Jeff Bezos tested their own spaceships for the first time – but both only with short excursions of a few minutes and a significantly lower altitude. Neither Isaacman nor SpaceX wanted to reveal how much he paid to charter the spaceship.

During the excursion into space, about which a “Netflix” documentary is to be created, the four amateur astronauts passed the time, among other things, talking to actor Tom Cruise or SpaceX founder Musk.

The amateur all-crew was also allowed to virtually ring the bell on the New York Stock Exchange on Friday evening. In terms of food, the crew was supplied with much more effort than conventional and longer missions: In addition to coffee and tea, there were sandwiches, pasta with Bolognese sauce and a pile of sweets.