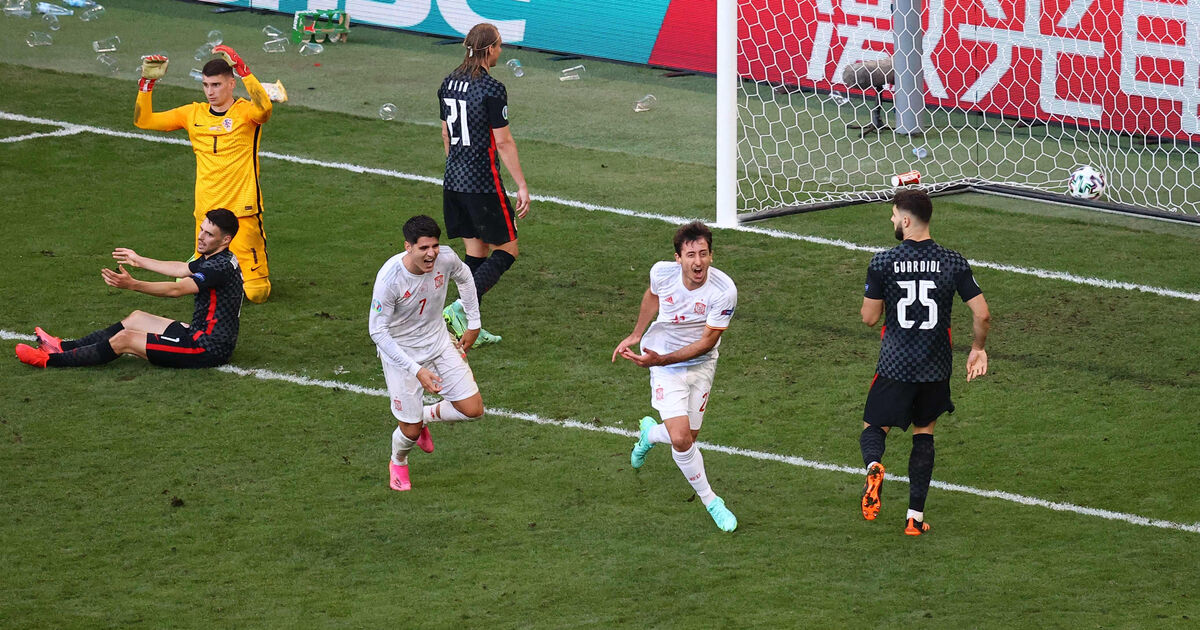 After a match full of suspense, which ended in extra time, Spain won (5-3) against Croatia and qualified for the quarter-finals.

A memorable opening scoring at Parken Stadium in Copenhagen. Spain won 5-3 against Croatia on Monday, scoring six goals. The Spanish goalkeeper Unai Simon was indeed the author of the first goal of this eighth-final full of suspense, scoring against his camp after missing the reception of the back pass from his teammate Pedri.

Spain, groggy, will take ten minutes to recover. But in the 38th minute, the Parisian Pablo Sarabia, already a scorer against Slovakia, shoots Dominik Livakovic, who had just stopped a first attempt by Gaya, and Spain equalizes. In the 61st, Pedri, author of the back pass on the first goal-gag, breaks the Croatian line and serves a millimeter ball for Cesar Azpilicueta, who gives the advantage to Spain from the head. And fifteen minutes from the end, Ferran Torres adjusts a left ball to materialize the Spanish domination.

Disillusionment for the vice-world champions

Led 3-1, Croatia managed to pick up the score, snatching extra time thanks to Mislav Orsic (85th) then Mario Pasalic (90th + 2) in a fiery atmosphere. The Croatian vice-world champions were then left behind. And it is Alvaro Morata, so criticized by the supporters and the Spanish press since the start of the tournament, who will turn into a national hero. In the 100th, he controls a cross from Dani Olmo at the far post, and sends a missile into the Croatian cages to deliver Spain. Three minutes later, Mikel Oyarzabal sealed the Iberian qualification towards the quarterfinals.

A terrible disappointment for Luka Modric’s Croatia, three years after reaching the 2018 World Cup final in Russia. For Spain, on the other hand, it is a thunderous awakening. The team is finally holding its first benchmark match since the start of the national team reconstruction project. In quarter, the Spaniards will challenge France or Switzerland, which face each other this Monday evening.