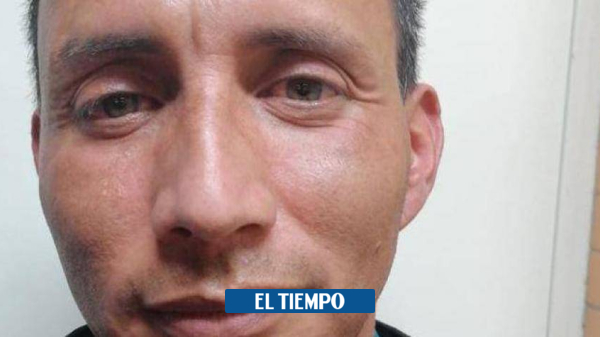 The Spanish National Court authorized the extradition to Colombia of Luis Jhon Castro Ramírez, alias El Zarco, a former member of the ELN who is required in national territory for allegedly collaborating with members of the National Army as a recruiter of victims of extrajudicial executions or ‘false positives’.

EL TIEMPO confirmed that the Colombian Prosecutor’s Office Interpol and the international affairs office have already been contacted to make the respective contacts. Likewise, the entity is pending the diplomatic communications that are necessary for the extradition to take place.

(You may be interested in: New attempt for ‘Zarco’ to be extradited)

The decision was made by magistrates of the Third Section of the Criminal Chamber when estimating that the necessary requirements are met. The ten-page car, according to local media, can still be appealed.

‘El Zarco’ was captured in Spain in 2019 and was released on February 3, 2021 because, according to the Spanish National Court, Colombia delayed – at least four times – the extradition request.

(You may be interested in: Duque confirms recapture of alias ‘El Zarco’).​

In response, the Ministry of Foreign Affairs indicated that in this process it “acted in the exercise of its functions as a diplomatic channel, and in coordination with the Ministry of Justice.” President Ivan Duque announced his recapture in that country on February 13.

In Colombia, ‘El Zarco’ has an arrest warrant for homicide of a protected person and aggravated conspiracy to commit a crime, so Interpol had issued a red circular against him.

(You may be interested in: This was the follow-up to ‘Zarco’ to achieve his capture in Spain)

Castro Ramírez tried in 2019 for Spain to grant him asylum, but the authorities of that country denied it and warned Interpol. The ex-guerrilla He confessed to the Colombian justice system his participation in cases of “false positives” between 2007 and 2008 in the municipalities of Coyaima and Guamo, and in the Potrerito district of Ibagué, in Tolima.

Chronology of the case

-On February 10, 2021, through the Interpol Secretary General, the red notice was published for the purposes of extradition against Castro Ramírez for the crimes of homicide of a protected person and conspiracy to commit a crime.

-On February 13, 2021, the group fugitives from the National Corps of Spain materialize the arrest warrant for extradition purposes in Alicante.

-On February 18, 2021, through the Colombian embassy, ​​a formal request for extradition was submitted to the Spanish government.

-The next day, the Ministry of Foreign Affairs of EsPaña reported that the Central Court of Instruction No. 4 of the National High Court assumed the extradition process.

-On May 28, 2021, in a meeting with the attorney of the National Court of Spain, it is reported “that the process is in the adjudicatory stage by the national audience.”

And on June 17, 2021 it is known that the National Court authorized the extradition of aliases El Zarco. Once the decision is notified, the defense has two days to present the extraordinary appeal, which would be resolved in mid-July of this year.

–Election of the president of the Senate could be made virtual: Court