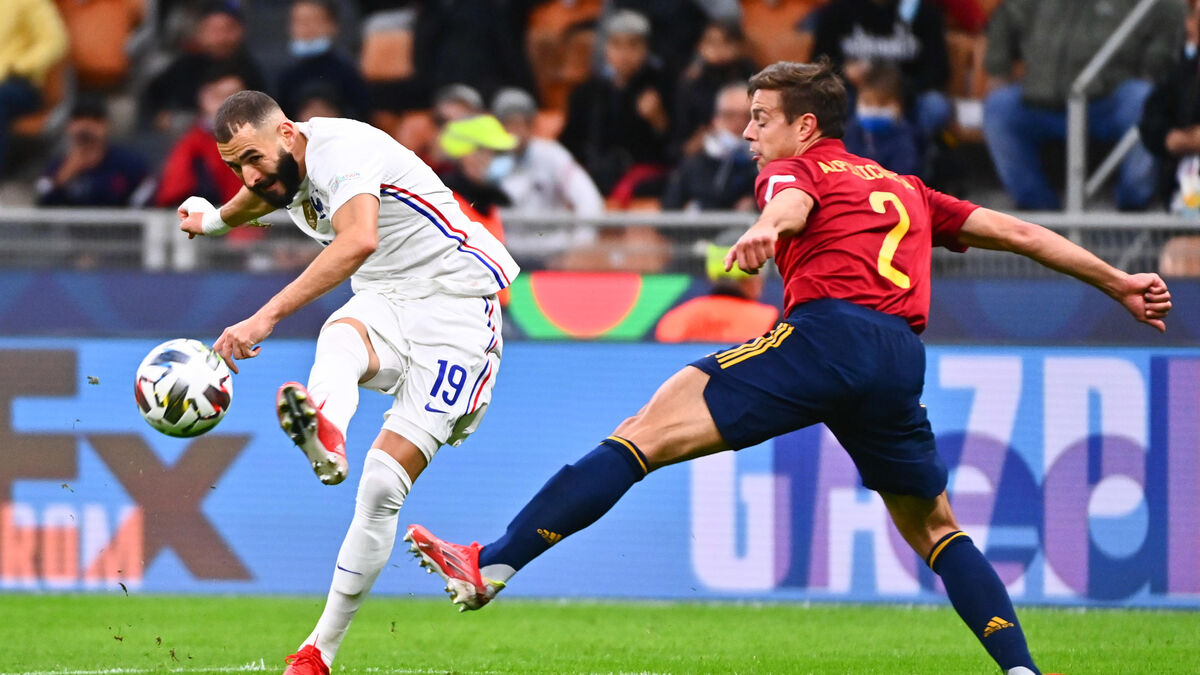 A wonder. Opposed this Sunday to Spain in the final of the League of Nations, and after losing its leader in defense Raphaël Varane, the France team had just conceded the opening scoring by Mikel Oyarzabal in the second half (64th) when Karim Benzema sounded the tricolor revolt. Positioned at the forefront of the French attack alongside Kylian Mbappé, the Madrilenian scored a goal that he will remember for a long time.

We then play the 66th minute of this very tactical final. After fixing the Spanish defender César Azpilicueta in the left corner of the opponent’s area, “KB9” triggers a curl with the perfect right foot, which lodged in the skylight of a Unai Simon who relaxed at full length, without to be able to deflect this cannon shot from the frame.

His 2nd goal in two games in the competition, his 33rd in the tricolor jersey in 92 caps. An achievement that allows the France team to pick up the score, and which places Benzema more than ever sixth highest scorer in the history of the Blues, now a short distance from David Trezeguet (34 goals in 71 selections). This will remain one of his most sumptuous under the blue jersey.