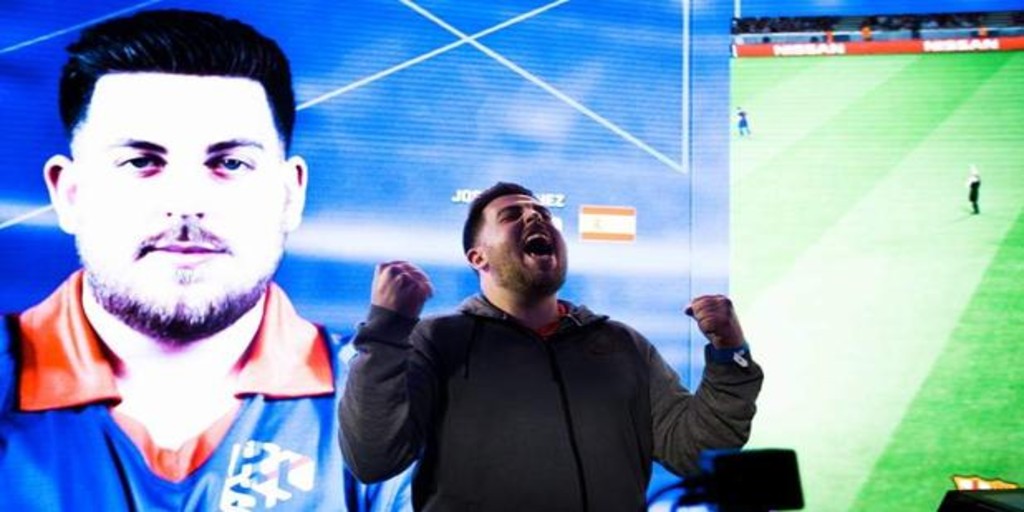 In sports, Spain has already won almost everything. In just 15 years we have seen the basketball team proclaim itself world champion twice and the soccer team once. Athletes such as Rafa Nadal, Pau Gasol or Fernando Alonso have reached the status of legends without the need to announce their retirement. And for fireworks, we have witnessed the absolute dominance in Europe of clubs like Real Madrid or Sevilla. We could continue like this, enumerating, but the idea is clear: in this country, less accustomed to victory not so long ago, winning has ended up becoming, almost, an everyday thing. Although that does not imply that there are no competitions to conquer. Among them, the World eSports

, in which, to date, we have not even participated.

Between September 21 and 27, the Spanish electronic sports team will be competing for the first time in the European qualifiers that give access to the final phase of the thirteenth eSports World Championship, which will begin to be held in Eilat (Israel) in the month of November. The World Cup is divided into several video games. Specific, ‘CS: G0‘, ‘Dota 2‘, ‘eFootball PES 2021‘ O ‘Tekken 7‘. Spain will have representatives in all of them

“We believe that all our athletes have options,” explains Nacho Chamorro, general secretary of the recent Spanish Federation of Videogame and Esports Players in conversation with ABC (
FEJUVES). However, he recognizes that, at this time, what matters most is that the event help electronic competitions between countries gain popularity in Spain: «We want to generate a feeling of belonging and that the people here start paying attention to this type of competition. Just like any other sport.

FEJUVES was born in October 2020 in the heat of that pandemic that has separated us. The general secretary affirms that an attempt was made to create a federation in 2015, but it did not work. Now, taking advantage of the growth of electronic sports in recent years, the organization has the objective of “structuring the sector and getting the public administration to understand it and help to incorporate it into society, as is the case with other sports.” Chamorro, in turn, points out that, at the moment, the Federation does not have any type of public financial support: “We are going to make ends meet with personal contributions.”

Spain became part of the International eSports Federation (IESF) at the end of last June. It was precisely this movement that allowed the country to compete in the qualifiers for the World Cup, whose registration period ended in August. Everything was done against the clock.

Once the Spanish Federation managed to become part of the IESF, it was time to hurry again to find the athletes who would represent the country in the tournament. Until then, no mechanism had been designed for the election process. In the end, it was decided to ask the ‘gamers’ themselves for advice.

“We talk to the player communities. We look for the great representatives of each video game to find the best way to carry out the selection process. In the end we bet on a qualifier for individual games, like ‘eFootball PES 2021‘, to see who was fitter. For those of teams, such as ‘Dota’ or ‘CS: Go’, we decided to create a technical team in charge of selecting the players under sporting criteria ”, explains the general secretary of FEJUVES.

Although all the athletes who will represent Spain have the quality to reach Israel, in the Federation they are especially optimistic with the possibilities of José Carlos Sánchez Guillén, known in the world of electronic sports as JoseSg93. The 28-year-old from Alicante started competing in the PES football video game in 2016. Since then, he has had the chance to win several titles, including the European championship. DSince 2019, he is a player of the official Bayern Munich eSports team. “I have a degree in physiotherapy, but since Bayern called me I have dedicated myself completely to eSports,” he explains in conversation with this newspaper.

Despite his international experience, he had to participate in the qualifying round of FEJUVES to become the Spanish representative for the World Cup. «They divided us into two groups, on the one hand there were the ‘amateur’ players and on the other the professionals. So everyone had options to represent Spain. In my group I had to defeat 7 professional players with a very high level. In the final I ended up beating a player from the FC Barcelona team ”, he comments on the steps he had to follow to reach the World Cup.

The Alicante-born man points out that He has played with colleagues from the national eSports community to prepare for the World Cup. He has also been studying videos of his rivals, especially the representative of Italy, whom he points to as the rival to beat. During the course of the competition, he will control, as he always does, the official Bayern Munich football team. Although the rules of international competition require that the experience be something different from what Sánchez is used to when competing with his club. “With Bayern Munich we play a three-on-three game with the players from your own club, in my case Bayern. The players’ averages are somewhat different from the official ones, they are somewhat balanced. At the World Cup we are going to play with normal socks, “he says.

Be that as it may, the young man feels «Proud» to be part of the group that will be in charge of representing Spain in his first eSports World Cup. «It is a great responsibility. Being the first makes you feel more pressure, but representing Spain is something very nice. I am preparing thoroughly for it, “explains the player.