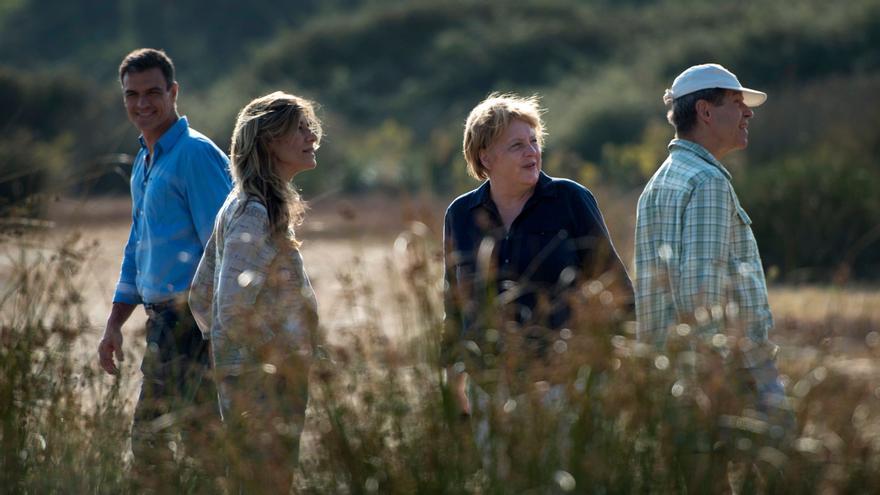 In the sixteen years that he has been in charge of the chancellery, Angela Merkel has visited Spain seven times, has met three presidents of government and your country has generally maintained good bilateral relations with Spain. They never reached the state of tandem grace González-Kohl, but they have weathered the tense moments of the euro crisis with flying colors. In Berlin, Spain is perceived as a serious country, a good student who did his homework correctly to get out of the crisis.

“Unlike Italy or the Eastern countries, Spain has not given Germany many headaches”, summarizes Miguel Otero, researcher at the Elcano Royal Institute. This does not mean that Berlin has not influenced the Spanish management of the crisis. One year before leaving the Palacio de La Moncloa, Jose Luis Rodriguez Zapatero it shook the foundations of the PSOE by passing a tough cut package and modifying the Constitution to include deficit and debt limits.

“Merkel was very grateful for Zapatero’s courage and the relationship between the two was always fluid and sincere”Sources from the former president’s cabinet tell this newspaper. The chancellor, the same sources recall, made a “loving” call to Zapatero when he left the Government in 2011 to tell him that these measures honored him knowing that they would cost his party the elections.

Then, when in Europe the battle of Eurobonds and Greece made the monetary union shake, there were several delicate moments. What in Merkel is a hallmark – waiting before making a decision – impatiently made the then head of Spanish diplomacy, Jose Manuel Garcia-Margallo. In January 2012 he reproached him “Always react a quarter of an hour later” and not having saved Greece when the crisis broke out.

Two months later, the Prime Minister, Mariano Rajoy, challenged Brussels (and alarmed Berlin) when announcing that Spain would default that year the deficit set in the Stability and Growth Pact (PEC).

The popular leader wanted to increase the rescue funds of the eurozone to reassure the markets but the chancellor was against and his message was clear: to regain confidence it is necessary to keep promises. Finally, Spain dodged the sanction of the European Commission, the Government of Rajoy was used to fund in new scissors and calm returned.

So much so that, in the summer of 2014, Merkel and Rajoy put on their sports shoes to walk together a final stretch of the Camino de Santiago while talking about football and Spanish diplomacy scored a goal. They dined on barnacles, a dish of Padrón peppers and a turbot “which was tremendous,” according to what the former president told the journalist Ana Carbajosa, author of ‘Angela Merkel. Chronicle of an era ‘.

Despite the judicial dispute, not even the decision of the German courts to deny extradition for a crime of rebellion of Carles Puigdemont – arrested in northern Germany in March 2018 – altered (at least officially) the harmony between the two countries. “Spain is a democratic state where the rule of law exists,” they repeated like a mantra in the Foreign Ministry.

Of the chancellor, José Manuel Albares especially remembers the first time he accompanied Pedro Sánchez to Berlin shortly after the vote of no confidence was successful, when he was the president’s ‘Sherpa’. “As soon as she heard him, Merkel said: one who speaks English!”, recalls. Today’s Foreign Minister describes Sánchez’s relationship with the German Chancellor as that of “two convinced Europeanists” who, in the face of current challenges, opted for “European unity as the best answer.”

“Germany has looked little to Spain, and Madrid should also be more proactive”, says the Elcano Institute researcher, Miguel Otero

Maybe in the European economic agenda the positions are more distant, but in the political field there is a good understanding, in the opinion of Miguel Otero. “The two countries believe in European integration, multilateralism and global governance. They have shared military missions in Africa and even in immigration they are betting on a European solution ”, says the Elcano Institute expert.

Without actually seeing the Spanish as ‘the Prussians of the South’, many German leaders use Spain as an example of a good student. Although that has a counterpart. “Germany has looked little to Spain”, warns Otero. Madrid would also have to be more proactive because, in the opinion of the researcher, there is a lack of “capillarity” in the relationship. In other words, a greater involvement of civil society.