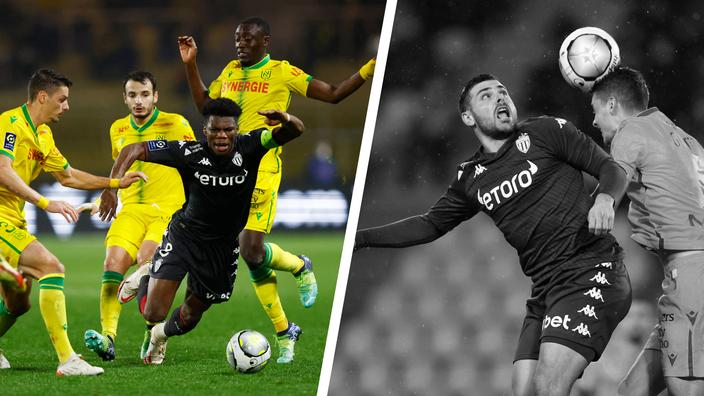 Tchouaméni and Chirivella exemplary, Volland with absent subscribers … The tops and flops after Nantes-Monaco, during the 20th day of Ligue 1 (0-0).

Aurélien Tchouaméni, exemplary captain
The young Monegasque captain, holder of the armband in the absence of Wissam Ben Yedder, achieved another high-class performance in the midfield. Turning point of this Monegasque formation, Aurélien Tchouameni was impeccable on all his ball catch and decisions, and did not commit a single mistake. With his 142 balls touched and more than 12km covered, he gave everything, especially at the end of the match at 10 against 11, to compensate for Boadu’s injury exit. His technical accuracy and volume of play were quite simply impressive.

Chirivella, middle boss
With another remarkable performance, Chirivella confirms his very good start to the season in the midfielder of FC Nantes. The Spanish midfielder has, like Aurélien Tchouaméni for ASM, everything in the midfield. With 12 recoveries, the former Liverpool midfielder is the one who scratched the most balls in a two-sided game. First ultra-dominated, the Canaries woke up completely with a completely different face in the second period. His two sumptuous volleys (54th and 56th) would have deserved a much better fate.

The lack of realism of the two teams
Nantes and Monegasques, separated on a goalless score of 0-0, after two contrasting halves but above all poor in frank actions. With 9 shots but only one on target, the Monegasque attack was frankly disappointing, despite a willingness (Philippe Clément’s leg) to go on the attack more quickly. Volland invisible, Boadu still silent and out on injury and an imprecise Gelson Martins, the attack was not there. On the Nantes side, it’s not much better. Kolo Muani often found himself alone to face the solid Monegasque defense on the counterattack, Blas shot everything aside, and Kombouaré’s men failed to take advantage of their numerical advantage at the end of the match to win. Their four shots on target were all taken by Nubel, author of a good game.

The Monaco side medical check-up
With three injuries and a match finished 10 against 11 10 minutes from the end, Monaco’s recovery and Clément’s first in Ligue 1 could have been happier. Djibril Sidibé (30th), Benoit Badiashile (44th) and Myron Boadu all came out on injury, forcing the players of Philippe Clément – who had already made his five changes after Boadu’s injury to finish the match, exhausted, to 10 against 11.

Start of the year – the car show in Las Vegas

Spain, one of the countries most exposed to the crisis in Turkey