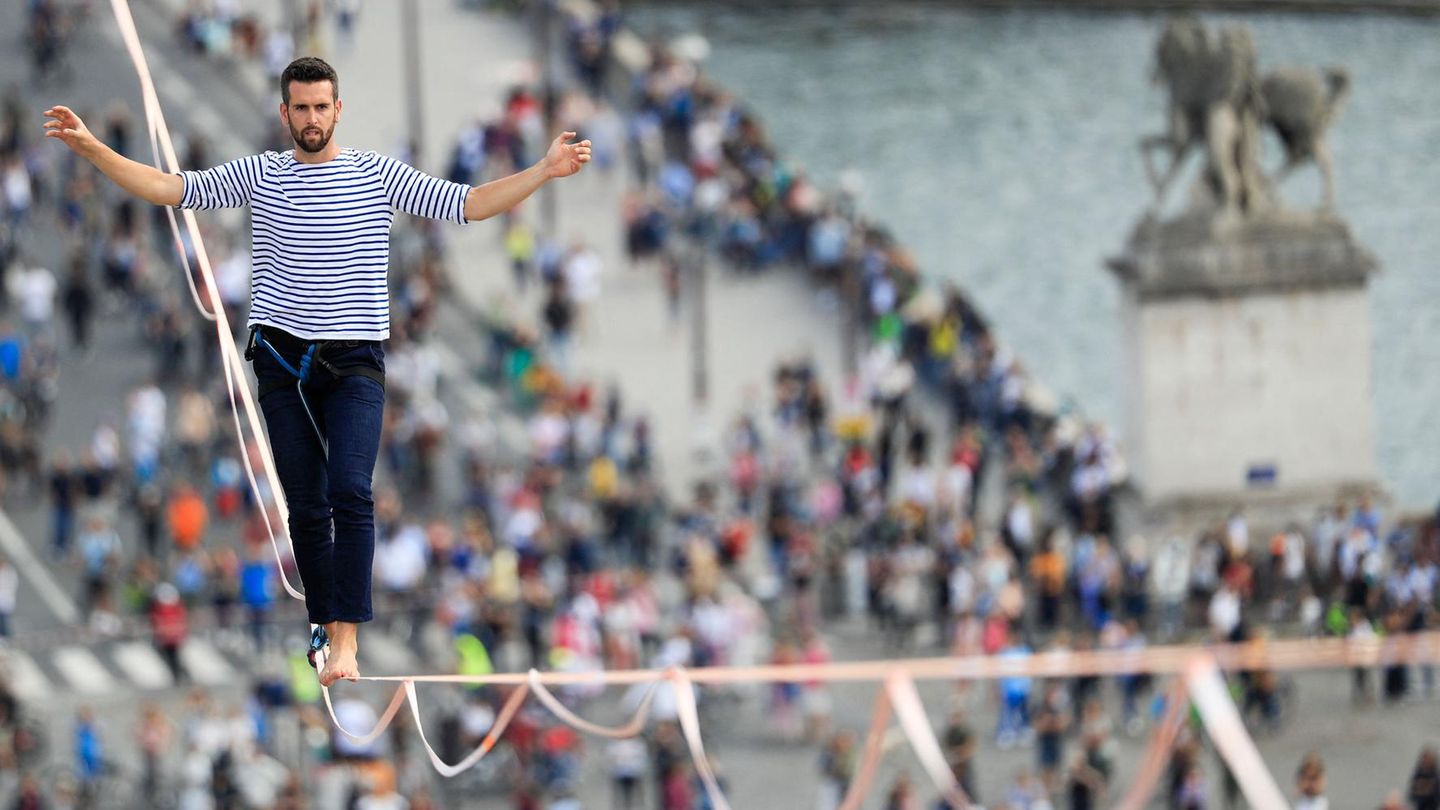 See in the video: rope acrobat Nathan Paulin balances 600 meters from the Eiffel Tower to the Chaillot Theater.

It takes maximum concentration when you are on a rope around 70 meters above the ground. The French rope acrobat Nathan Paulin was highly concentrated when he mastered the 600-meter walk from the first floor of the Paris Eiffel Tower to the Chaillot Theater at the weekend. On the way there he took a break or two, once sitting cross-legged on the rope, another time he just let himself hang – fastened with a safety line, of course. Cheers and applause accompanied his arrival at the Chaillot Theater. The 27-year-old says that he walked on a rope for the first time ten years ago. “When I was little I was afraid of heights. But I’ve learned to deal with it. During the performance I really didn’t feel it, I wasn’t afraid at all, that really wasn’t a problem at all. At the beginning I was a little afraid that I was afraid of heights would get. ” It took Paulin around 30 minutes from the Eiffel Tower to the theater. His performance was organized as part of the Live Performance Festival that took place in the Parisian theater. The Frenchman had already completed a 510 meter long rope route between two high-rise buildings at a height of 150 meters in 2019.