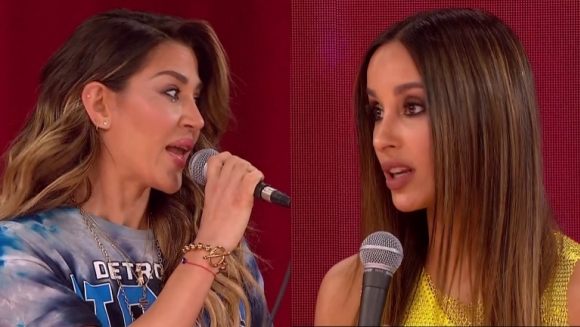 Far from the debut of Lourdes sanchez as a jury from The academy from ShowMatch (replacing Guillermina Valdes, who was absent due to a work commitment) be calm, the dancer maintained a spicy back and forth with Jimena Baron and Pampita after being presented by Marcelo tinelli.

“Although Angel de Brito say that they are fought, that they hate each other among women, I saw them greet each other very well. This morning she said that Lourdes is hated by Pampita and Jimena”, The driver began by saying. To which the journalist maintained his position.

“They do not want it because in The Academy Preview (the cycle that Lourdes leads from Monday to Friday at 8 p.m. City Magazine) he spends his time destroying the jury, especially the girls”.

“I don’t have a fight with Lourdes because I don’t know her and personally, before talking about the people, I like to meet her. But yes, it has been very bad. At least with me, yes ”.

It was then that Carolina Ardohain he intervened with a poignant question: “Do you destroy us?” But his partner denied it: “No, that I remember, no”, He managed to say, with a serious face.

However, in turn, Jimena was lethal: “I don’t have a fight with her because I don’t know her and personally, before talking about people, I like to meet her. But yes, it has been very bad. At least with me, yeah”.