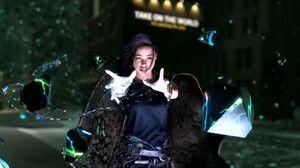 ‘Force Forkken’ is a new IP-based action RPG being developed by Luminous Productions, a subsidiary of Square Enix.
In the trailer released on the 9th, a new gameplay video of ‘Force Poken’ and the distribution of the demo version were reported.

In the battle video, a very colorful action that actively utilized the particle expression unique to ‘Force Poken’ was introduced. From the appearance of the main character dealing with multiple enemies using various magics, you can also check some of the battles with powerful enemies presumed to be bosses.
In particular, while the console is scheduled to be released exclusively for PS5, the very high-quality visuals that actively utilize the performance of next-generation devices are attracting attention.

Meanwhile, ‘Force Forkken’ is scheduled to be officially released on PC and PS5 on January 24, 2023, and you can experience the demo version through the PS Store from the 9th.