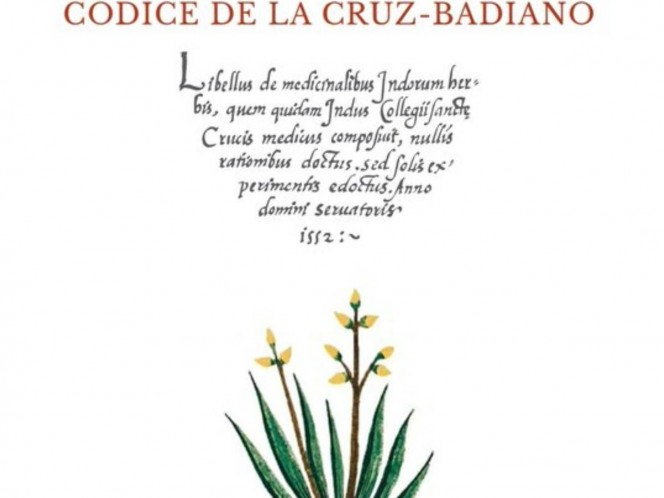 The Secretaries of Foreign Affairs and Culture launched the printed and electronic facsimile edition of the Codex de la Cruz-Badiano, which is the oldest herbalist text in America, written in 1552 at the Colegio de Santa Cruz de Santiago Tlatelolco.

In the presentation, the chancellor Marcelo Ebrard He highlighted the process of recovery of this historical document that, he said, is the founding codex of medical science because it is one of the first expressions of scientific knowledge to systematize the characteristics of each of the plants and, second, the clinical experience they had during centuries.

It has to do with another very relevant dimension of Mexican foreign policy, which is the restitution or recovery of the substantive elements, material goods of all kinds that are in various countries of the world and that belong to the people of Mexico.

In this case it was achieved by an agreement, in 1990, and today fortunately it is in our country, but like this case, because one of the most important dimensions of our foreign policy is that, that we have to recover what belongs to us. , which belongs to the people of Mexico, and we work on it every day, so it is another dimension that has to do with foreign policy, “he stressed.

The head of Foreign Relations stressed that just as in the past, today our country continues to be an example in research, such as the protocols that work to achieve the vaccine and effective treatment against covid-19.

Someone will say: and why does Mexico have them ?, and it has them largely because we have a very important tradition regarding medical research; in fact, most Mexican science publications are about medicine, which we do not It should be surprising, the Codex is also about medicine and knowledge about medicine, “he said.

The facsimile reissue, consisting of a circulation of 600 copies, is dedicated to recognizing peasant work that has been maintained without interruption and valuing ancestral knowledge through readings.

The presentation of the Cruz-Badiano Codex also included the Secretary of Culture Alejandra Frausto; the executive director of Diplomacia Cultura, Enrique Márquez and the ambassador of Mexico in Germany, Rogelio Granguillhome.

If you click on the following image you can read our latest news:

Copyright law strictly prohibits copying all or part of Excélsior’s materials without prior written permission and without including the link to the original text.