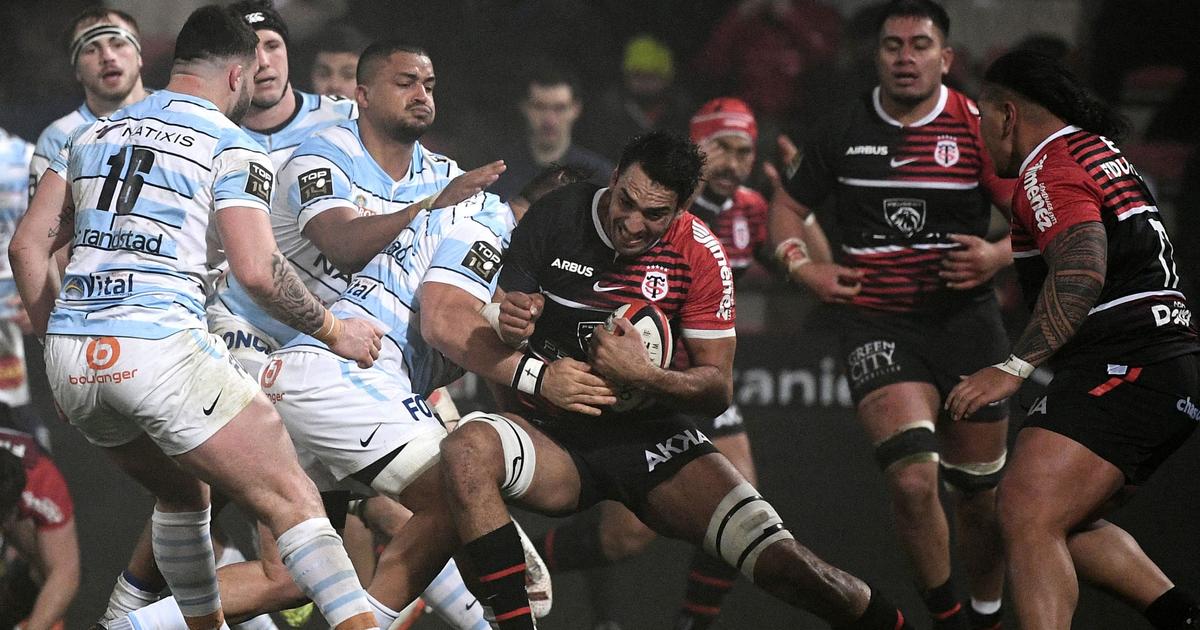 Deprived of his internationals, the French champion, who remains on six defeats in a row, receives Bordeaux-Bègles in an increasingly tense context.

Head under water since the end of November. A long tunnel never known on the side of the Red and Black. Before receiving Union Bordeaux-Bègles on Sunday (9 p.m.) for the poster of the 19e day, Stade Toulousain experienced the worst series of defeats in its history in the Top 14. Six losses in a row. And a fifth place in the standings, far from the standing of the most successful club in France (21 Brennus shields). The weeks go by, the internationals are still absent and the time is again and again for mobilization. “The group is a bit tense, of course, recognizes Clément Poitrenaud, the Toulouse three-quarter coach. But this is normal, we would be surprised if this is not the case. There are players who have experience in this group and who will have to take responsibility on Sunday. We expect executive players to carry their group.

Despite the urgency of the situation, the former rear of the XV of France is trying to be positive. So as not to fall into gloom. “In every game, there are things that are positive despite everything, he points out. As we said, we have to stop feeling sorry for ourselves and finding excuses. We have to find the energy that the players must have in this situation, which is not an emergency situation but which is worrying. Individual and collective resources must be found to reverse this trend. Consistency in performance has been lacking for us in recent weeks.

The latest performances, however, leave little room for optimism. Toulouse has not won in the Top 14 since November 27 and an 18-11 success against Brive. Since then, UBB (17-7), Clermont (16-13), Racing 92 (20-15), Perpignan (36-13), Stade Français (29-28) and Pau (27-22) have are offered the scalp of the reigning French champion. “A lot of things are missing. And it’s never the same depending on the matches and the situations, continues Poitrenaud. Sometimes it’s a little strict on the ruck phases. Sometimes a bit of strategic rigor depending on the game. Sometimes a little commitment, like against Perpignan. The matches follow each other and are lost with circumstances that are different each time. We have to put that in order and be consistent throughout the game. Which hasn’t been the case for some time.”

The Bordelais also have a lot of absentees. We are housed in the same boat in relation to that. There won’t really be any excuses

To try to breathe new life into his team and take his mind off things, Stade Toulousain left for an internship in the Landes this week. “The training course in Soustons did us all good. We have found all of the workforce and we hope that this will allow us to remobilise”, wants to believe the coach of the Haut-Garonnais rears. And to wonder: “Did that allow us to give impetus to something? So far, we don’t have it. But it allowed us to settle a number of points.

Main provider of internationals to the XV of France, Toulouse is the club most affected by the period of doubling Six Nations Tournament-Top 14: from Antoine Dupont to Romain Ntamack, via Julien Marchand, Peato Mauvaka Cyril Baille or Anthony Jelonch, no less than ten executive players are absent. But the UBB, which has changed in size in recent seasons, is also impacted during duplicates. “They also have a lot of absentees. We are housed in the same boat in relation to that. There won’t really be any excuses.” insists Clément Poitrenaud.

“The Toulouse-Bordeaux context is always special”

Unrecognizable, the Reds and Blacks have lost their attacking drive, their strike force with the ball in hand. Cold and lucid observation by Thomas Ramos: “We dominated the championship for a while, but today the other teams got to work. And we, we may have remained a little too much on our achievements. The guys only want one thing, it’s to beat us…” Especially the troop of Christophe Urios, who would be well pushed a little more Ugo Mola. “They lost at home last week (against Racing 92) so we expect a reaction from them. And then the Toulouse-Bordeaux context has always been special in recent years, recognizes Poitrenaud. We expect a strong match with a lot of commitment. And obviously a little tense. We will have to take points before the internationals come back. We’re not going to think too much.” Stade Toulousain no longer has a choice. On pain of being ejected from the first six places. Unrecognizable.

“Training is key to retaining the talent of our young people”