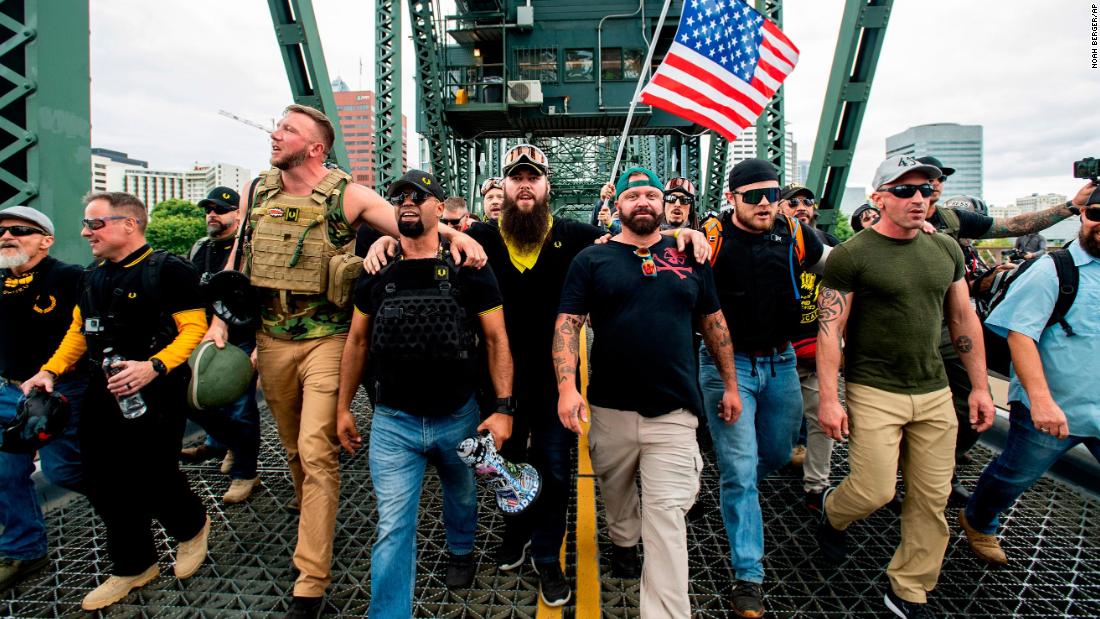 (EFE) – The city of Portland, the epicenter of the protests in recent months in the US, is in a state of emergency waiting for a march called for this Saturday by the far-right group “Proud Boys”, which hopes to gather several thousand protesters.

Oregon Gov. Kate Brown on Friday declared a state of emergency for Portland for the entire weekend and announced that the State Police and the Multnomah County Sheriff’s Office, which includes Portland, will be tasked with coordinating a strong police operation.

“Significant crowds of people are expected to flock (to Portland), some of them armed and others ready to harass and intimidate Oregonians. Many of them are from out of state. These types of demonstrations in the past have often ended in fistfights and sometimes escalated to bloodshed. “Brown said.

For this reason, the governor argued that it is necessary to protect the inhabitants of Portland and make sure that the demonstration runs peacefully, without any sign of violence.

Read also: Author of the attack with a knife in Paris confesses that he planned to attack Charlie Hebdo

“We will not tolerate any kind of violence and tragedy this weekend. Violence is never the answer ”, notice.

“Proud Boys” Famous for its misogynistic and anti-Islam rhetoric, it is regarded as a hate group by the civil rights organization Southern Poverty Law Center.

That group was one of those that organized a neo-Nazi march in the city of Charlottesville (Virginia) in 2017, an event that claimed the life of a woman and left dozens more injured.

See Also:  The earth does not stop shaking in Granada

They describe themselves as an association that fights for freedom of expression and that supports US President Donald Trump in his attempts to “Restore law and order”. Her demonstration this Saturday seeks to end the “Domestic terrorism” that, in his opinion, are practiced by left-wing activists in Portland.

“Proud Boys” he advertised his march on Facebook for weeks until, finally, on Friday the company announced that it had blocked his communications.

Trump himself has lashed out at Portland on numerous occasions, considering it to be a “Anarchist jurisdiction” governed by Democrats and plagued with violence, in what is part of his speech of “law” to try to be reelected in the November elections.

Faced with this, his rival, Democratic candidate Joe Biden has accused Trump of inciting violence.

Since May and for four months, Portland has seen numerous anti-racism demonstrations night after night in response to the May 25 death of the African American George Floyd, Suffocated by a white cop and whose loss sparked a wave of protests across the US.

In mid-August, Portland also became a magnet for far-right groups that began organizing marches in its streets, leading to clashes with left-wing activists.

Violence has increased in the US in recent weeks. On August 25, during anti-racism demonstrations in Kenosha, Wisconsin, a 17-year-old supremacist fired a semiautomatic rifle at three people, killing two of them.

See Also:  Trump wants to get another vote in Georgia in court

Today’s demonstration in Portland comes at another time of high tension after massive protests in Louisville (Kentucky), also in a state of emergency.

There, hundreds of people demonstrated to protest the exoneration of the agents who killed the African-American woman in March. Breonna Taylor, who was killed by the shooting of a group of policemen who, at night and dressed in civilian clothes, broke into his house during an anti-drug operation.