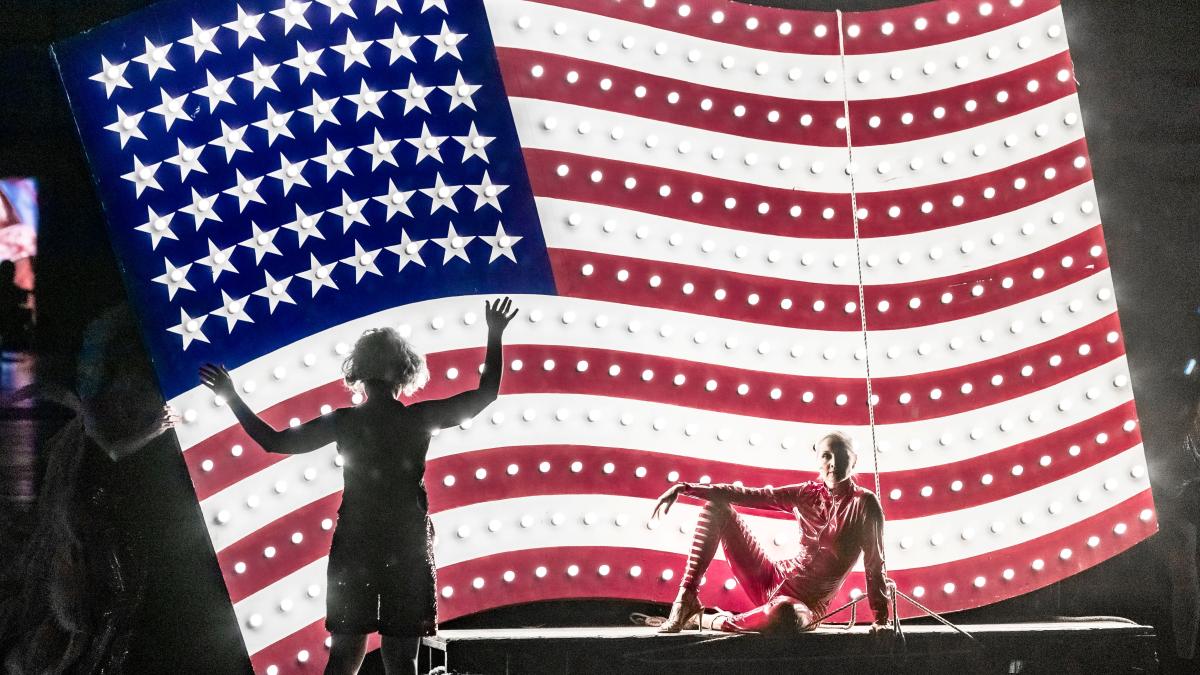 After Corona, an explosion of creativity ensures a highly diverse and exciting season at the Hamburg State Opera, the Hamburg Ballet and the Philharmonic State Orchestra. Big voices, complex works and courageous experiments attract open air, in the opera and in the Elbphilharmonie.

WIf he has nothing else to do from September onwards, he can spend dozens of highly varied evenings at the State Opera in the coming season. Ballet director John Neumeier, opera director Georges Delnon and general music director Kent Nagano presented an unusually rich program for the coming season on Monday. Much of what was left behind in the past year, partially or entirely only to be followed on the Internet, will now be made up for live at the premiere.

In addition, the three directors were able to forge new plans in peace, albeit under unusual pressure. “Corona not only affects the coming season, but all other seasons up to 2025,” explained Delnon. Because the opera stars’ calendars are filled for years to come, so finding time for joint projects is sometimes not just postponed by a year, but by several. Already in the coming season Ermonela Jaho, Tatiana Serjan, Violeta Urmana and Aida Garifullina (Hamburg debut) found time to perform at the local opera house.

“Dörnröschen” wakes up after 14 years from deep sleep

According to Kent Nagano, the Corona period was a good opportunity to work unusually deeply on the quality of the orchestra, which has “an incredible amount of talent”. “I had a lot of time to work very intensively with every musician,” said Nagano, now the orchestra is thirsty for new performances like a mini-festival for the 90th birthday of pianist Alfred Brendel. John Neumeier is also planning large premiums for the coming season. He is working with the Federal Youth Ballet on a project on dance in Germany during the Weimar years and under National Socialism (WELT reported). The performances will take place under the title “The Invisible” in the summer of 2022 in the Ernst Deutsch Theater. With the project of dance history, Neumeier traces, for example, expressive dance and its protagonists. It is important to him that young people in particular think about the Nazi era, according to the ballet director, “in which Jewish or gay artists had to emigrate or were murdered.”

As a major resumption after 14 years, in a completely revised version, John Neumeier’s “Sleeping Beauty” is on the program (premiere December 19). In cooperation with the costume and set designer Jürgen Rose, with whom Neumeier created the ballet in 1978, the Grimm fairy tale with the traditional dances of Marius Petipa made fit for the 21st century. Before that, the ballet “Sylvia” will open the season on September 5th. John Neumeier created it for the ensemble of the Paris Opera, now the version for the Hamburg Ballet is finally experiencing its domestic premiere. In February 2022, the ballet “Liliom” by John Neumeier will return to the stage. As at the world premiere, the Philharmonic State Orchestra and the NDR Bigband will play live together, playing the composition created especially for this work by the composer Michel Legrand.

State orchestra kicks off with open-air concerts in August

Christopher Wheeldon’s “The Winter’s Tale” based on Shakespeare is scheduled for the summer premiere next year. The choreography of the deputy artistic director of the Royal Ballet in London will open the 47th Hamburg Ballet Days on June 19th. The two-week festival will host the Polish National Ballet with Krzysztof Pastor’s ballet based on Shakespeare’s “The Tempest”. The 47th Nijinsky Gala on July 3, 2022 marks the festive end of the season.

Even before the season begins at the beginning of September in the State Opera, the Philharmonic State Orchestra will kick off on the Rathausmarkt in Hamburg’s cultural summer: A “Hommage à Jacques Offenbach” conducted by Nagano will be heard on the Rathausmarkt on August 14th and 15th. Offenbach’s opera “Les Contes d’Hoffmann” (“Hoffmann’s Tales”) will open the State Opera season on September 4th as the first new production by Daniele Finzi Pasca under the musical direction of Kent Nagano and will be staggered at the Inner Alster as part of the Open Film Festival Air shown.

Then things go quickly at the State Opera. Paul-Georg Dittrich stages Mozart’s “The Abduction from the Seraglio”. Richard Strauss’ tragedy “Elektra” comes on stage in a version by the director Dmitri Tcherniakov, Yona Kim takes on Giacomo Puccini’s “Turandot” on the occasion of the Italian Opera Weeks. Kornél Mundruczó stages Richard Wagner’s “Tannhäuser” and David Bösch stages Gaetano Donizetti’s “Don Pasquale”. The new productions “Lucia di Lammermoor” from October 19 and “Die Fledermaus” from December 20 will be on view from the current season.

Exciting premieres at the opera stable round off the rich main program. “Playing Trump” will be premiered there on August 21st. Directed by Georges Delnon, the work was conceived by the librettist Dieter Sperl based on speeches by former US President Donald Trump and composer Bernhard Lang. Singer and performer Donatienne Michel-Dansac is on stage.

Alfred Brendel and the Elbphilharmonie celebrate their birthday

The Philharmonic State Orchestra continues the season after the open air kick-off with a series of academy concerts. The first will be heard in the Elbphilharmonie (22/23 August). From September 3rd to 5th, there will be a cycle in honor of Alfred Brendel, in which three former students of Brendel will perform in the presence of the jubilee on the occasion of his 90th birthday: the pianist Mari Kodama and the pianists Paul Lewis and Till Fellner. The series of ten Philharmonic Concerts in the Great Hall of the Elbphilharmonie begins on September 19 under the direction of Kent Nagano with Schnittke’s Concerto No. 3 for violin and chamber orchestra and ends with Franz Schubert’s string quartet in D minor “Death and the Maiden. Gidon Kremer played the violin. The second Philharmonic Concert (October 24th) is entirely dedicated to Joseph Haydn, soprano Layla Claire is a guest, and the evening will be directed by Andreas Spering.

From Haydn, the orchestra spans the rest of the season to Mozart and Beethoven in the third concert (November 14th), Mendelssohn, Stravinsky and Schumann (December 5th), Varèse, Bach and Brahms (December 31st) for the 5th Philharmonic Concert. To celebrate the five-year anniversary of the Elbphilharmonie, a new edition of Jörg Widmann’s “ARCHE” under the direction of Kent Nagano is due. The work with three choirs, double orchestra and soloists, however, requires real normality and can hardly be performed with Corona restrictions, so it is subject to a remaining reservation. After another five regular concerts and a special concert at the music festival with the Third Symphony by Gustav Mahler under Nagano’s direction in the Elbphilharmonie (April 30, 2022), the series ends on June 26, 2022 with Shostakovich’s 9th Symphony and Zemlinsky’s fantasy “The Mermaid” Andersen’s fairy tale.