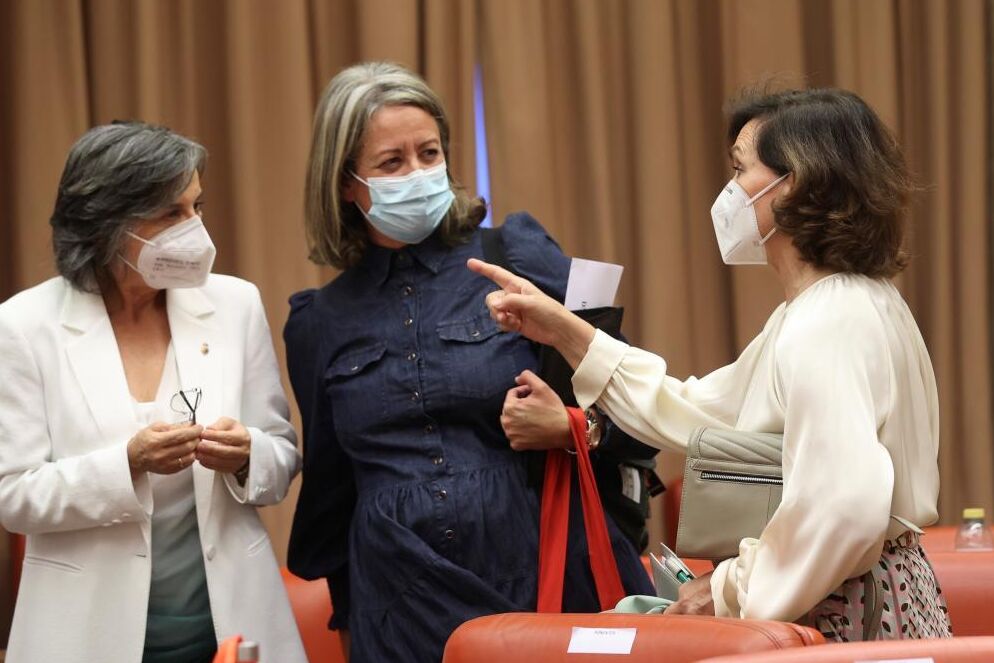 “I am convinced that this pact had an extremely important effect, which was to put the issue of gender violence on the political agenda again.” assures Silvia Valmaa. “We cannot polarize or use women’s rights.” adds Marta Martn. They are the wishes and affirmations of some of the politicians and feminists who signed the State Pact against Gender Violence.

Four years have passed since the signing of the Pact in December 2017. To celebrate this anniversary, the protagonists most involved in this project met this Monday in Alicante, in a few days to make an evaluation of everything that has changed and reaffirm itself in the pact.

It is an unpublished Pact that was approved without any vote against and that was the first agreed by the parliamentary groups since 2015. It is made up of 214 measures from the Congress and 267 measures from the Senate. In addition, it is a way of consolidating the measures contained in the 2004 law on the comprehensive protection of women.

Among the objectives of this commitment at the national level are breaking the silence by promoting awareness-raising actions and preventing violence. “These days are important to remember these moments of success of the Spanish democracy” assures Silvia Valmaa, deputy for Guadalajara in Congress, and participant in the anniversary of the pact.

Marta Martn, one of the directors of the day, affirms: “It is a very important transversal pact”. As the driving force behind this initiative, she believes the goal is to make this meeting an annual event and invite people from across the political spectrum.

The counterprogramming of the conference in Madrid

The Alicante conference was counterprogrammed with an event organized by the PSOE in the Congress of Deputies in Madrid. The PSOE has opted to put an end to prostitution in this legislature and has underlined the need to cover the different manifestations of sexist violence, putting an end to the prostitute in this legislature. “The PSOE is abolitionist and this should be the legislature that puts an end to trafficking and prostitution. Without prostitution, there is no trafficking,” said Susana Ros, spokesperson and executive secretary of the PSOE against gender violence.

During this day in Madrid, Adriana Lastra he has strongly criticized the PP. In fact, it considers that Pablo Casado’s party was “dragged” into the State Pact against gender violence by pressure from the feminist movement. In addition, he stressed the need to renew that agreement, which expires in one year.

What has changed and what needs to be improved?

The figures show that the number of female fatalities due to gender violence falls in 2020, with 45 deaths against 55 in 2019, according to figures from the Ministry of Equality. This striking figure is encouraging. But what has really changed?

Mara hardens Carmona, President of the Observatory against Domestic and Gender Violence, represents the General Council of the Judiciary. He intervened to draw up a balance of these last four years. He has drawn up a balance of the successes, and of the road that remains to reach total protection and significantly reduce the victims of violence, psychological and physical, and protect minors.

The president of the Observatory has insisted on the specialty in gender violence within the judiciary. Jurisprudence has played an important role on the issue of injuries, for example, they have shown that it is not necessary to have injuries to prove abuse or violence. It has drawn up a list of all the issues that are part of this pact and the 2004 law, which stands as an example at the European and international level.

“The complicit silence in matters of violence against women is punishable”, recalled Mara ngeles Carmona. There is a public obligation to report it. They are measures that must be improved. The president explained the role of the media, which must continue to sensitize the public; “It is a commitment of all”.

Awareness about sexist violence it opens little by little, but the protagonists of the pact insist on the need to implement the pact measures. “I think that at the moment we have a great lack of knowledge of how to use this pact and the measures it contains,” he says. ngeles lvarez former deputy and signatory for PSOE. For her part, Marta Martín, who has abandoned politics and left Ciudadanos, hopes that the fight against gender-based violence is “the priority agenda of the government and the public sphere.”

The signers expect more. “What we need is for public policies to be evaluated and to avoid sterile debates,” says Marta Martn, a deputy for the Alicante district. “At the moment I cannot say that it is a fulfillment of the pact, because we are missing some key elements, such as the appearances,” says ngeles lvarez, who knows the potential of the pact, but also knows that other measures and tools are necessary. This part is important to make a financial control and distribute the funds among the autonomous communities.