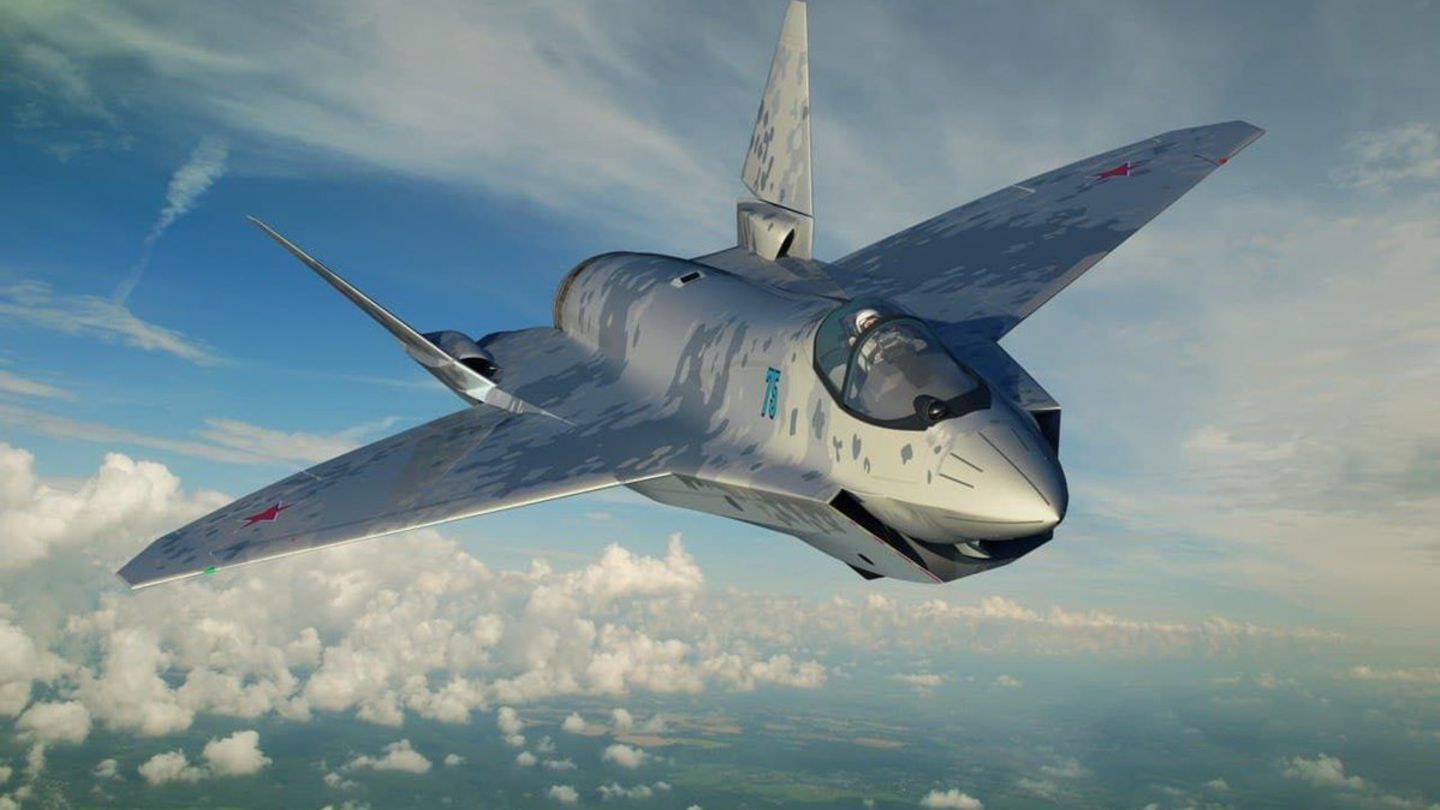 The Suchoi Su-75 Checkmate promises sensational flight characteristics and high combat power. It costs only a fraction of the F-35 and is equipped with deadly hypersonic weapons.

With a lot of tam-tam, a new jet was unveiled in Russia, the Sukhoi Su-75 Checkmate. First the covered airplane was shown with the inscription: “Do you want to see me naked”. Then “accidentally” leaked pictures and a promotional video appeared, and finally there was the official unveiling with a laser show and Russia’s strong man Vladimir Putin did not miss the opportunity.

So what is special about the bird? First of all, it is a prototype demonstrator, so not a paper mache model, as initially assumed. It was presented by the Sukhoi design office and at the Maks trade fair it overshadows the small study models shown by MiG. Both names Sukhoi and MiG stand for outstanding aircraft, but are now united in the Rostec armaments company. In fact, the Su-75 is said to be based on the concept of a light fighter aircraft developed at the Mikoyan Design Bureau seven years ago.

What role does this jet play in Russian planning? 78 Su-57 units will be integrated into the Russian armed forces by 2027. This is Russia’s first fifth generation stealth fighter. In terms of design, a typical multi-role fighter with two engines. Even if the Russian concept of multi-role does not go as far as the American F-35. She should take on the role of a flying “egg-laying woolly milk sow” and is therefore, according to critics, a compromise jet. All of Russia’s other fighter aircraft belong to the fourth generation and are based on older models from the Cold War.

The Su-75 is now designed as a light single-engine, single-seat fighter jet. It should also be capable of various roles, but should primarily be designed as an attack and air superiority fighter. The machine is primarily intended for export, but an order from the Russian armed forces is also expected. Such a jet is overdue for Russian industry. Fighter jets make up a large part of Russian arms exports. The USA and in the future also other countries export fifth generation fighter jets. That puts the exports of the Su-30 and Su-35 fighters under pressure. In addition to the Su-57, work is being done in Russia on a sixth generation jet – the MiG-41. The US is working on similar projects.

The Su-75 is intended as a fighter, its role would correspond to the MiG-21 in the 1960s. It should not realize what is technically possible, but rather become a price-performance winner. An aircraft that promises a lot of combat power at low acquisition and operating costs. The listed prices of $ 25 to $ 30 million are roughly a quarter of the cost of an F-35. An example of this approach is the logistics system called “Matryoska” – the aircraft’s electronic infrastructure uses its own diagnostic systems. This minimizes the equipment that is required at an airfield to maintain the aircraft.

Impressive performance data of the Su-75

At the official presentation, the manufacturer gave performance data and a schedule. Both are impressive. The Russian arms industry, however, occasionally tends to shamelessly exaggerate in order to attract attention. On the other hand, Rostec cannot promise very high performance with an export model, which must then be withdrawn in a specific sales talk. The schedule is tough, the Su-75 will use existing components. The maiden flight of a prototype is planned for 2023. Unlike the Su-57, the prototypes are no longer experimented with. After a comparatively short trial, it will go into series production. The first deliveries are scheduled to begin in 2026.

In fact, the Su-75 would be a game changer, except for the F-22 Raptor there would be no adequate counterpart. Rostec promises stealth properties, but obviously takes a different approach than with the F-35. There is as much stealth as possible as long as excellent flight characteristics are not compromised. It is hard to say how difficult it will be to detect the Su-75 on the radar. The outer shape gives an impression of the radar shadow, but the performance of the equally important coating can hardly be assessed in this way.

The head of Rostec, Slyusar, extolled the characteristics of the aircraft. He said the aircraft are “unique in their class” and added that they “have a combat radius of 1,500 kilometers, the greatest thrust-to-weight ratio, reduced take-off and landing times and a combat load of more than seven tons, which is an all-time high.” Aircraft of this class is. “

The Su-75 will use one of the Izdeliye 30 engines intended for the Su-57. The Su-75 should be able to fight six targets simultaneously and be able to accommodate the entire arsenal of the Su-57. This includes long-range air-to-air missiles but also hyper-sonic anti-ship missiles. It is no coincidence that at the same time as the presentation of the Su-75, Russia launched a zirconium hypersonic missile from the frigate Admiral Grigorovich. The pilots are supported by artificial intelligence. In the future, the manufacturer will also present a pilotless version of the aircraft. Super computers were used in the construction.

With the light fighter aircraft, Rostec has again an air superiority fighter in its range. Added to this is the ability to destroy a fleet or carrier through the use of hypersonic weapons, which can hardly be defended against. “Breaking Defense” indicates the uncertainties of the project. The engine is still being tested. The development of a suitable radar has been delayed and is made even more difficult by the Covid death of the general designer of the NIIP radar design office, Yuri Beliy.

In addition, Russia wants to use novel composite materials in this jet. Only they can make the promised ratio of weight and engine thrust possible. So far, Russia has lagged behind when it comes to composite materials, but now it wants to be among the world’s best.