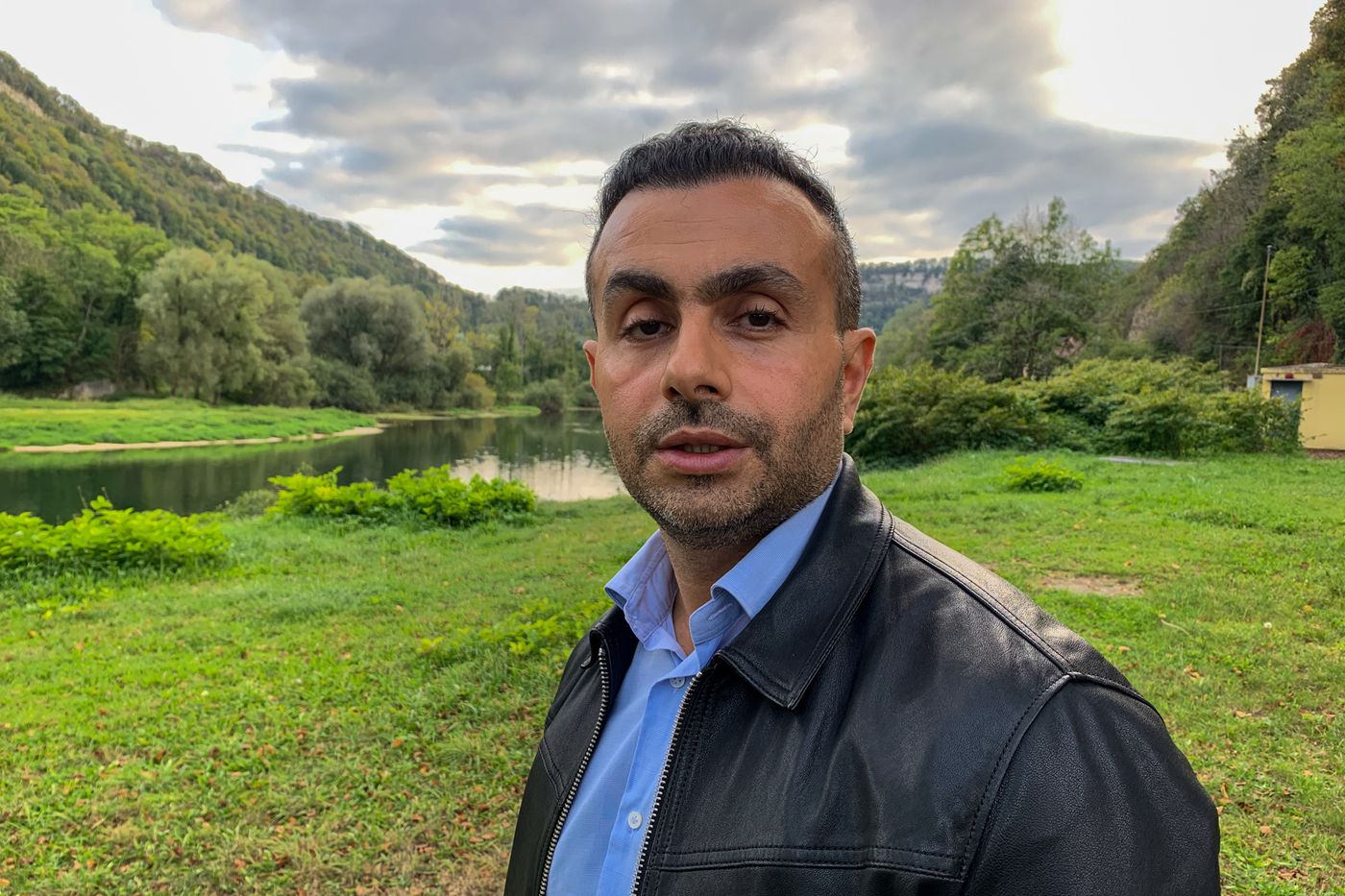 When researcher Stéphane Hadjeras, former president and coach of the athletic Besançon Ring, talks about boxing, his eyes light up. A passion inherited from a pugilist uncle that the kid, born forty-seven years ago in the towers of the popular district of Les Clairs-Soleils, admired. “I started to practice the noble art when I was a teenager”, he recounts. A period of his life that he describes, with a smile, as “Tumultuous”.

The dreamy child, calm, overflowing with imagination, comic lover, in the moon, said some teachers, turns into a rebellious teenager after the separation of his parents of Algerian origin. “My mother found herself alone with five children to raise”, he confides modestly.

This family situation then confronted him with realities “Which should not be that of a 10 year old child”. “I realized that life was neither sweet nor easy. I even tasted petty crime. I could have rocked, but I loved sports and especially boxing. It saved me by teaching me discipline, tenacity. The routine of training several times a week away from the neighborhood gave me a framework… ”

Meeting with the professor of letters Anne-Lise Carrière

A meeting also played a fundamental role in his journey. The one with Anne-Lise Carrière: “This professor of letters gave me a taste for literature, for words, he confides. When I defended my thesis, I would have liked her to be present, to tell her the fundamental role she played in my life. Thanks to her, I started to believe in myself and in other horizons. When you come from working-class neighborhoods, it’s not easy because tomorrow seems so far away. We burn life there at both ends between friends. We let ourselves be overtaken by demons. “

Stéphane Hadjeras recognizes that he could have taken a shorter path to reach where he is today, while explaining that this path, he did not know it. “I had this desire to transmit within me. What I did with boxing and history when I became a graduate coach ofIt’sstate and teacher in a vocational school. But in terms of research, it took me longer to get started. I was a dad at 22. It was necessary to ensure the daily. “

It is also thanks to his children that he will return to boxing, once an adult: “I accompanied them to the club, he recounts. Little by little, the desire to put on the gloves returned. Year after year, I got involved in the life of the club. “ To the point of passing his coaching diplomas and taking more and more responsibilities until becoming president of the athletic Besançon Ring, a club from which champions like Khedafi Djelkhir, silver medalist at the Beijing Olympics, have emerged. in 2008. The club is also very involved in the life of the neighborhood.

Devotes himself to research on Georges Carpentier

However, he abandoned this fascinating function in 2018 to devote himself to his research on Georges Carpentier … The subject was brought to his attention by his thesis director, Paul Dietschy, a football historian. “I knew Georges Carpentier, but I was far from suspecting that he had been so popular in his time”, until incarnating the figure of national hero at the beginning of the XXe century. The boxer has yet disappeared from collective memory despite his exceptional career. “He started a professional career at age 14, four years later, he had more than 80 fights. By comparison, a boxer like the American Floyd Mayweather was in his 40s at the end of his career, at age 40. “

This unimaginable record today leads Stéphane Hadjeras to suggest that boxing is one of the few sports which has regressed physically and technically. “And for good reason, at the time of Georges Carpentier, the golden age of English boxing in France, the fights were more numerous, more trying. They also lasted much longer, twenty rounds against ten today, the gloves were much lighter, the bandages harder … In the ring, a boxer had to avoid a knockout. Boxing’s flagship rule, touch without being touched, made sense at the time. Those who lasted, like Georges Carpentier, excelled in the art of dodging, ultimately taking less risk than contemporary boxers. “

Passionate about its subject, Stéphane Hadjeras brought it to the attention of the general public through a book (1).

His inspiration. Ernest Hemingway, a writer who took risks

A sentence from Ernest Hemingway feeds Stéphane Hadjeras’s reflection: “We have to get used to it: at the most important crossroads in our life, there are no signs. ““He’s a writer I discovered when I was a teenager, he recounts. I find it fascinating. His style of writing “punch”. His reading of human relationships. His life made up of actions and commitments. Agitation, as he said. His love of danger and extreme sports. Boxing. His hymn to virility. Its dark side, its bon vivant side. All this fascinates and inspires me on a daily basis. He is one of those writers that I love to read and reread, because they wet the jersey, to use a sporting metaphor, they got involved and took risks. “