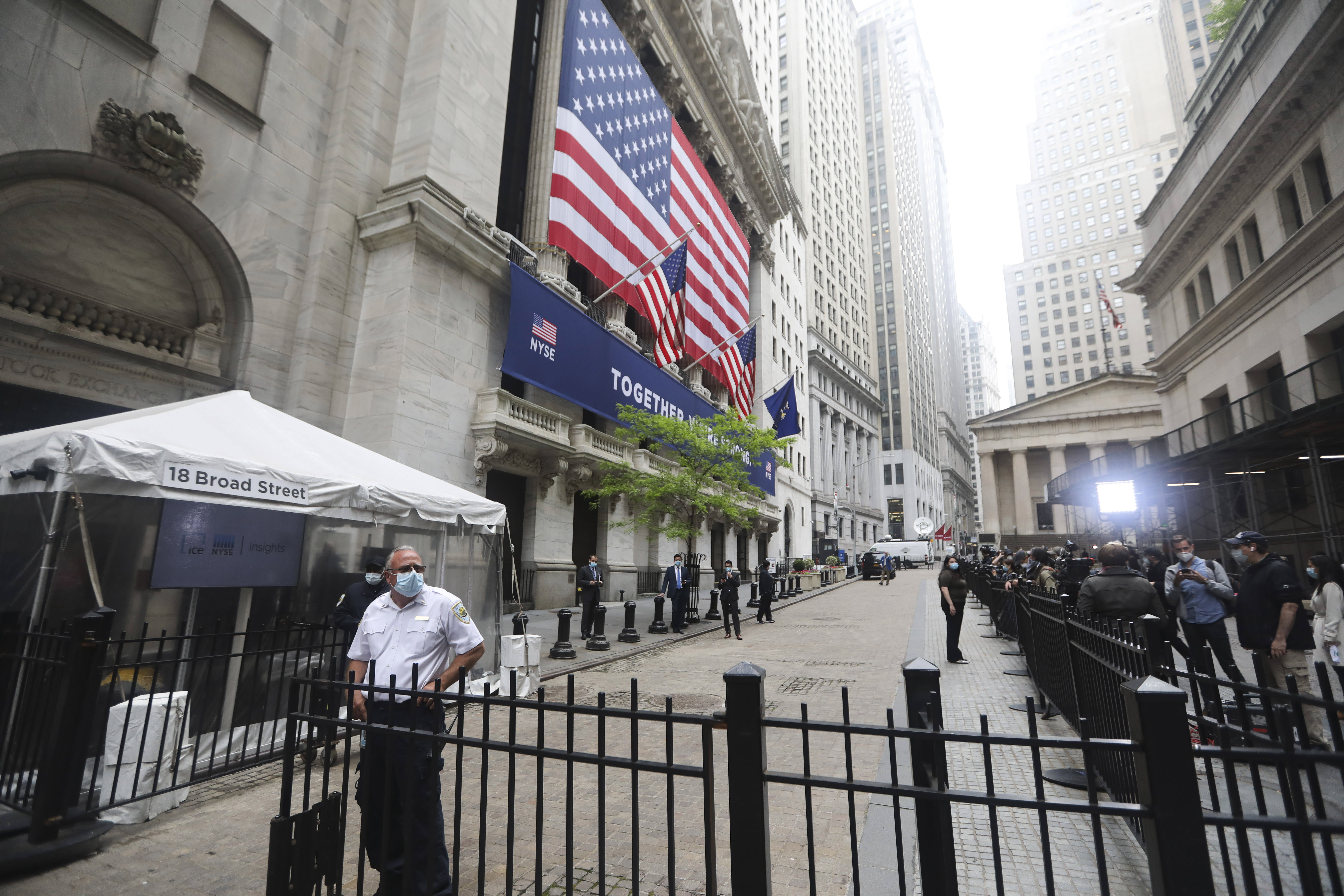 The stocks were mixed on Thursday morning amid a flood of new economic data, much of which was still consistent with a decline, but at least signaled some stabilization after an initial slump in activity.

A new report this morning showed that new unemployment claims were slightly higher than expected last week, 2.123 million, although last week’s continued claims fell from a record high and declined for the first time during the pandemic. First quarter gross domestic product (GDP) was revised down to show an annualized decline of 5.0% from the previously reported 4.8%.

So far this week, investors have weighed up signs of US economic stabilization following last month’s deep downturn and hopes of a vaccine or treatment against concerns that relations with China could become increasingly tense. China approved a draft decision for a new national security law that would impose freedoms in Hong Kong to compromise the region’s autonomy and compromise its special trading status with the United States.

However, some of the stocks that caused the S&P 500 to rebound more than 35% from its March 23 lows have lagged in recent sessions. Tech-heavy Nasdaq underperformed the other major stock indices again on Thursday, and the communications services and information technology sectors lagged the S&P 500. President Donald Trump previously said he planned to sign an executive order against social media companies after Twitter added his first fact-checking labels to Trump’s tweets.

This shift from high-growth technology to value names also coincided with the reopening of economies by the states, and helped catalyze an increase in activity and put investors back in a broader basket of stocks.

“I think at least now, in retrospect, we can say April was the economic low,” Belpointe Asset Management chief strategist David Nelson told Yahoo Finance’s On the Move Wednesday afternoon. “We practically stopped. Everything has to be better than where we were. And when you become economically active, there is this natural attraction to what I would call deeper cyclical names, and that points to industry, finance, and some of the others. “

However, the depths of the April and early May downturn, underlined in recent reports such as the Federal Reserve’s Beige Book on Wednesday, have highlighted the ongoing process of bringing activity back to pre-virus levels. And the number of coronavirus cases and the death toll from the pandemic continued to grow, albeit more slowly. The death toll at Covid-19 in the U.S. was over 100,000 on Wednesday.

“Economic activity has declined in all districts – declining in most of them – due to disruptions related to the COVID-19 pandemic,” the Beige Book said. “Consumer spending continued to decline as the mandatory closings of retail businesses remained largely in place for most of the survey period, which lasted until May 18.”

The average 30-year fixed-rate mortgage reached its lowest level in existence, according to Freddie Mac’s latest survey on the primary mortgage market.

“These unprecedented rates certainly had an impact as buying demand recovered from a drop of 35% from mid-April last year to an 8% increase since last week – a remarkable turnaround given the sharp decline in economic activity,” said Freddie Mac- Chief economist Sam Khater said in a statement.

“In addition, refinancing activity remains elevated and low mortgage rates have been accompanied by a $ 70,000 decrease in average loan size of refinancing borrowers this year,” added Khater. “This means that a broader base of borrowers is taking advantage of the record low interest rate environment that the economy will benefit from.”

10:00 AM ET: Outstanding home sales fall a record in April

Here were the main moves in the markets from 9:34 a.m.CET:

8:34 am ET: Durable goods orders extend the decline in March, but fall less than the expected margin

Orders for durable goods fell 17.2% in April, the Census Bureau said in its preliminary report. This was a smaller than expected decrease compared to the expected 19.0% decline for the month, but a longer decline after a 16.6% decline in March.

Non-defense non-defense capital goods orders declined 5.8% in April after declining 1.1% in March. This was also better than the expected 10.0% decrease. This metric serves as a closely watched proxy for business spending plans.

Gross domestic product (GDP) in the first quarter fell 5.0% year-on-year compared to the previous quarter, the Bureau of Economic Analysis said this morning in its second revision of first-quarter GDP. Previously, GDP fell 4.8% in the first quarter.

However, personal consumption has been revised up to achieve a slightly lower 6.8% slump after a 7.6% decline earlier.

The first filing of unemployment claims in the week of May 23 was 2.123 million, the Ministry of Labor said in its weekly report on Thursday. According to Bloomberg data, this was only slightly above the expectations for initial unemployment benefits of 2.1 million.

The level of the previous week for new unemployment benefits increased by 8,000 to 2,446 million.

This brought the 10-week total for new unemployment claims to more than 40 million since the week ending March 20, when the claims related to the coronavirus pandemic were several million.

Continued unemployment claims in the week ended May 16 were 21.052 million, down 24.912 million from the previous week and below expectations of more than 25.6 million.

Abercrombie & Fitch recorded an adjusted loss of $ 3.90 per share in the first quarter, below the estimates for a loss of $ 1.32 per share. The apparel retailer temporarily closed stores outside the Asia Pacific region in mid-March, reducing net sales by 34% year-over-year to $ 485.4 million.

The company said that about half of its brick-and-mortar retail locations are currently open and “continue to reopen stores on a rolling basis worldwide”.

“With the reopening of stores in the United States and the EMEA [Europe, Middle East and Africa] In the regions, we achieved sales productivity for reopened stores of around 80% and 60% compared to the previous year. “

Here were the key steps at the start of the overnight US futures session from 6:02 p.m. ET: