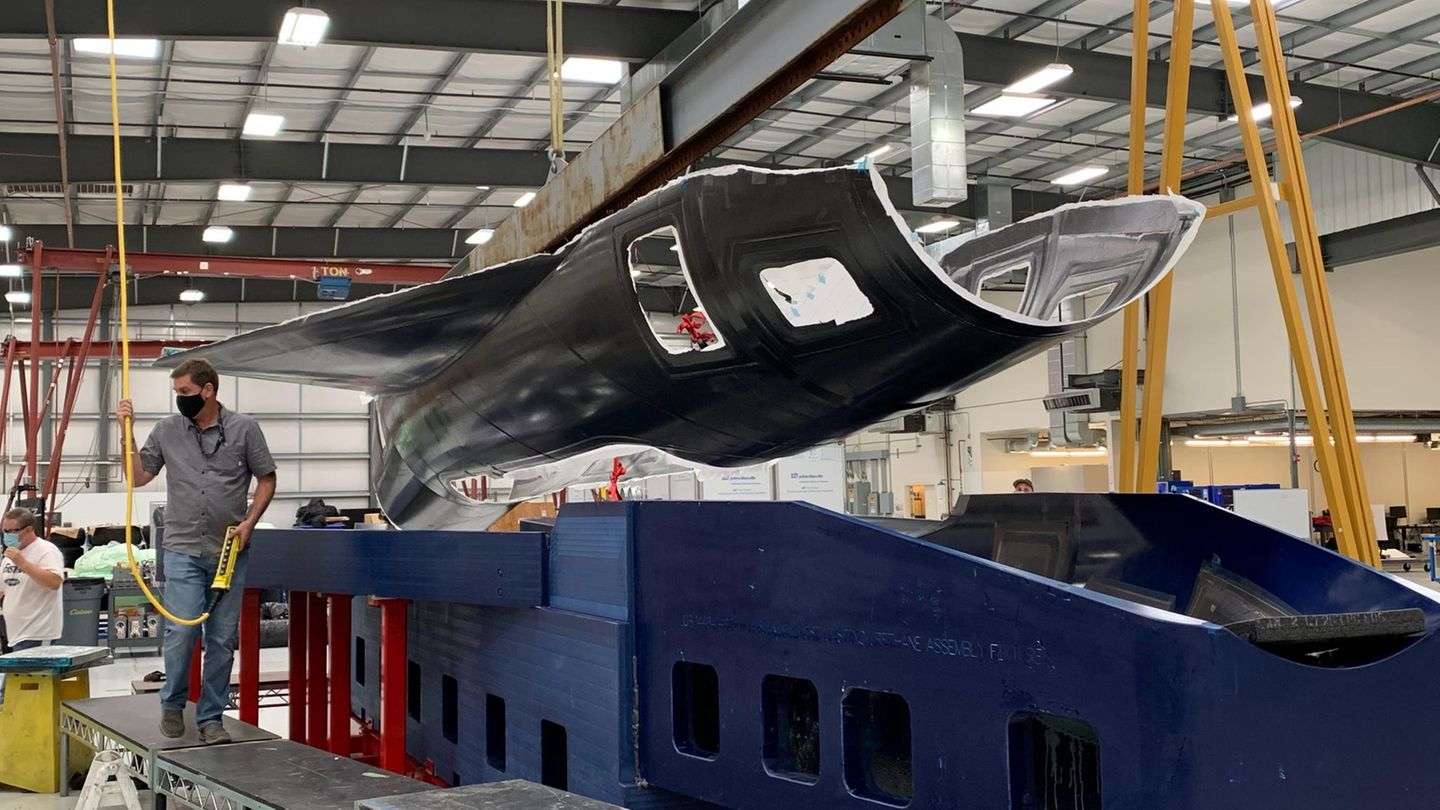 The Stratolaunch company wants to launch a space glider from a carrier aircraft. After some turbulence, Talon-A is now being built – the first civilian hypersonic glider.

After the death of Microsoft co-founder Paul Allen in October 2018, the future of the Stratolaunch company seemed uncertain. But after two years, Stratolaunch is back in power.

Unlike the Elon Musk company Space-X, Stratolaunch does not rely on rockets to get into space, but wants to dare to take off from a carrier aircraft that transports the actual space capsule up to a height of ten kilometers.

This concept was developed by the USSR for the space shuttle Buran, for which a gigantic Antonov An-225 was intended as a carrier aircraft. (“Baikonur – the forgotten grave of the space shuttles from the USSR”) As is known, the Buran completed only one mission in 1988, the collapse of the USSR ended the project.

The Stratolaunch carrier aircraft already exists, with a wingspan of around 117 meters that exceeds any aircraft built to date. The largest aircraft in use, the Antonov An-225, has a wingspan of 88.40 meters. The Stratolaunch was named after the legendary Roch bird. It is a double hull construction, both hulls are connected by a middle piece to which a space capsule can be docked. It would be released ten kilometers above the ground. The only flight to date took place in April 2019 at the Mojave Air and Space Port in California. Since then, Stratolaunch has continued to work on the aircraft in the hangar in Mojave.

Stratolaunch has now started building its first hypersonic speed glider. Stratolaunch’s Talon-A will be 8.5 meters long and weigh 2700 kilograms. According to the company, it should reach six times the speed of sound. Talon-A is planned as a measurement and test model and should fly as early as 2022. As early as March, the company announced that it would concentrate on the construction, testing and operation of hypersonic vehicles. “Our developments will act as a catalyst to spark a hypersonic renaissance for our government, the commercial sector and the academic world,” said W. Jean Floyd, CEO of Stratolaunch.

Russia and China lead the way

In the military, hypersonic missiles are the key technology of the future. Due to the high speed, hypersonic weapons cannot be intercepted, and they shorten the warning time enormously. Currently, Russia and China seem to have left the US behind in development. Both countries already have several hypersonic weapons in service. The difficulty in building these missiles is not only to achieve the necessary speeds and to compensate for the existing frictional heat, but to still be able to maneuver the missile.

Talon-A is the only project of its kind worldwide that is at least not developed directly on behalf of the military.

Baikonur – the forgotten tomb of the space shuttles from the USSR

See Also:  3 flash offers to become 100% anonymous on the internet