The sports app Strava, which is extremely popular among athletes, has received a very useful update. With the Strava update, to version 137.0.0, the app gets full Apple HealthKit integration.
Before you wonder, the Strava app has been supporting access to the Apple Health app for a long time. But with HealthKit the whole thing goes a step further, because you can now import workouts that your Apple Watch records directly into Strava. 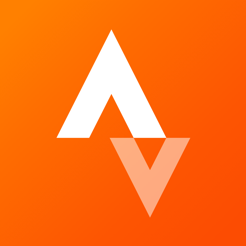 Until now, Apple Watch workouts had to be transferred to the Strava app via a third-party app, such as Healthfit. No rocket science, but always a detour, via a third-party app that (I don’t want to assume anything) evaluates a bit of data depending on the app.
This export worked via a so-called FIT file. This format is used by many fitness services and is therefore a small “quasi standard” for transmission without direct access to the HealthKit.

With the above update to the latest Strava version, the fitness app finally gets direct access.
To activate this, you have to go to your profile in the Strava app. There you click on the settings.

Under «Applications, Services and Devices» you will find the option to link the Apple with Apple’s interface.

From that point on, Strava reads all the data from your Apple Watch workouts directly. No matter whether you go swimming, cycling or practicing a sport.

The data exchange works in the free as well as in the paid version.

The Tokyo Olympics will take place from...
Read more

Game developer TeamKill is working on Quantum Error, a horror shooter for PlayStation 4 and 5. The game is...
Read more

Video- From the isolation hospital .. Enas Ezzedine responds to the malevolent

Covid-19 may have been in people for years – Wel.nl

While the coronavirus is ravaging humanity, scientists are racing against time to find out exactly how Covid-19 originated....
Read more

Bolsonaro becomes the best ally of the coronavirus in Latin America

The coronavirus threat has been hanging over Latin America for two months. Everyone knew that the pandemic would also...
Read more

In these times of confinement, museums and centers of...
Read more
Technology

According to a report published today in "Circulation", when...
Read more
Technology

Tip: share a Magic Trackpad 2 between an iPad and a Mac

Since the release of the final version of iPadOS...
Read more