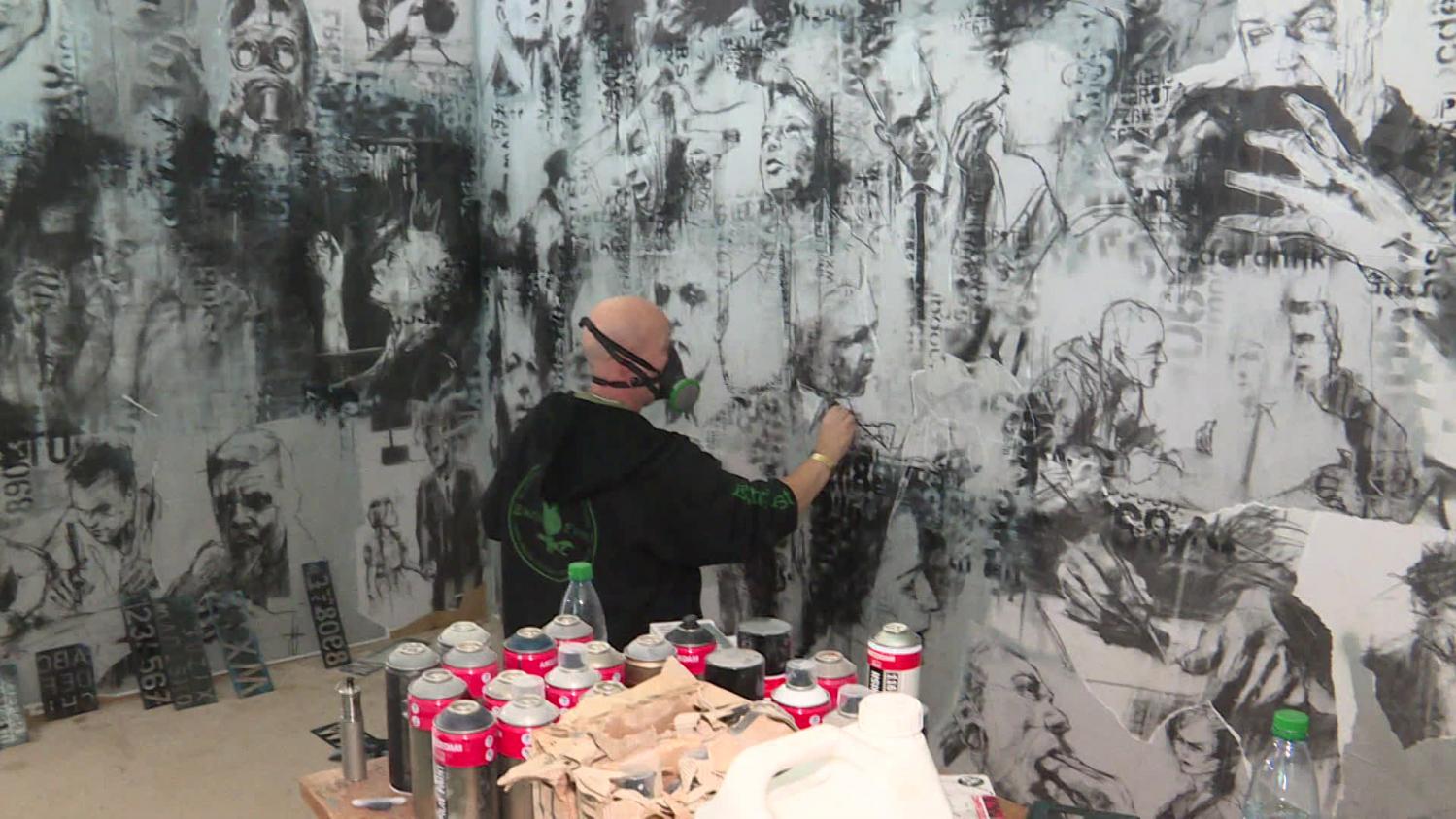 The MAUSA Vauban in Neuf-Brisach in Alsace offers an insight into the work of British street artist Guy Denning. The highlight of the exhibition: the artist’s recreation of an apartment on the legendary Tour 13 in Paris.

He is part of the very closed club of world street art stars: the British Guy Denning is at the center of a retrospective until January 3, 2021 at MAUSA Vauban in Neuf-Brisach in Alsace. In addition to the exhibition of 26 works from private collections, the living museum of urban art offered the artist to reconstitute the fresco he had produced in 2013 in the mythical Tower 13 in Paris.

This is one of the features of the MAUSA Vauban. As its name suggests, the living museum of urban art is constantly changing. Throughout the year, artists from all over the world come to create ephemeral works in the presence of the public. This time, it is Guy Denning who has bent to the exercise of “work-in-progress”.

For the occasion, the British street artist recreated the fresco he had imagined in 2013 for the Tour 13 project. At the time, Tower 13, a building doomed to destruction in the 13th arrondissement of Paris, had been entrusted to a hundred artists. Guy Denning was one of them. For several months, he moved into apartment 911 in the tower. An apartment whose walls he completely covered with graphitis which retraced the life of an imaginary tenant.

From the euphoria of the 30 glorious years to the disillusionment of the year 2000 through the consumerism of the 80s, the artist traces the life of an average Frenchman whose living environment, namely his home, is about to change. vanish : “I imagine him moving into this tower, he must have been very happy and attached to it because it’s his story (…) Everything he owns is going to be erased. It’s a story sad !” Today, Tower 13 has disappeared but it is resuscitated for an exhibition in the weapon room of the Vauban fortress which houses the MAUSA.

In addition to this performance, 26 works on loan from collectors around the world retrace Guy Denning’s career. The artist is in residence at MAUSA until October 21.

Guy Denning “Inside” until January 3, 2021 at MAUSA Vauban, the living museum of urban art in Neuf-Brisach in the Haut-Rhin.