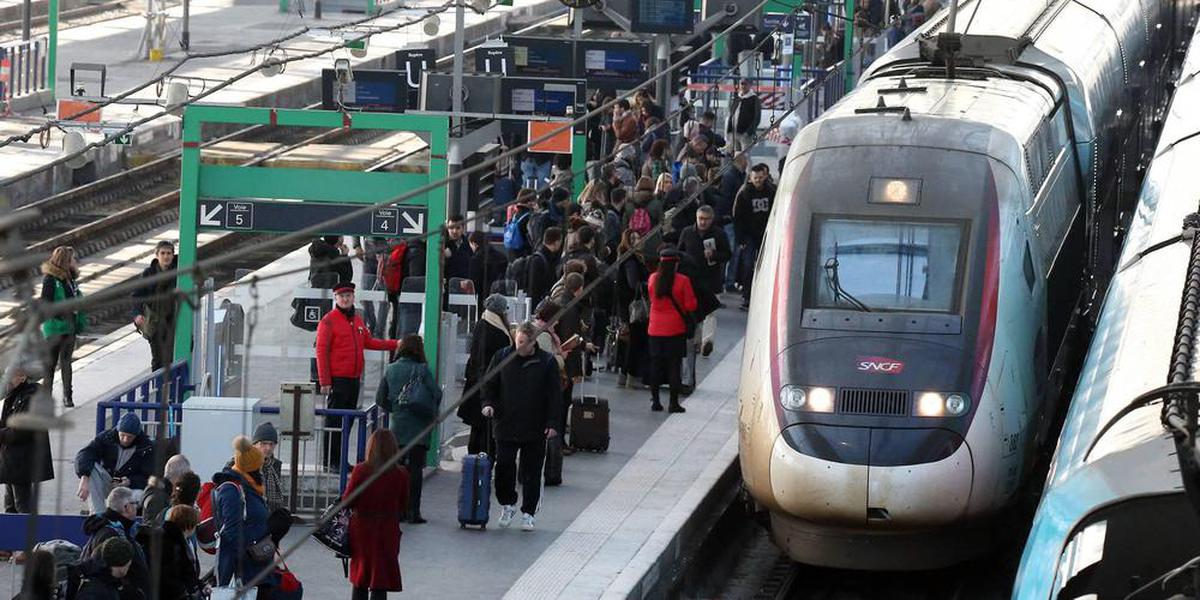 Regional traffic will be “very disrupted” announced the SNCF. The strike concerns many lines in New Aquitaine Monday, January 24

A signalmen’s strike in New Aquitaine will seriously disrupt rail traffic in the South-West of France on Monday January 24, with in particular the cancellation of 85% of the TGVs between Paris and Bordeaux and “very disrupted” regional traffic, announced the SNCF on Friday January 21.

The SNCF will ensure the circulation of five direct TGV round trips between Paris and Bordeaux, or approximately 15% of the planned offer, “for customers who absolutely need to travel that day” by train.

“All travelers who can are invited to postpone their trip to another date,” said a spokesperson for SNCF Voyageurs.

No TGV will run south of Bordeaux, towards Hendaye and Toulouse.

With regard to Intercités, the service will also be “very disrupted” with only two round trips between Toulouse and Marseille on the Bordeaux-Marseille line, two Toulouse-Bayonne round trips and no Nantes-Bordeaux train.

The TGV Inoui, Ouigo and Intercités customers concerned will be notified and will be able to exchange their ticket or get a refund, he added.

the TER transport plan in New Aquitaine must be published later, but SNCF Réseau is already announcing “strong disruptions” on the lines between Bordeaux and Hendaye, Tarbes, Agen, Arcachon, Périgueux, Angoulême, Nantes, as well as on the Hendaye-Tarbes, Poitiers-La Rochelle and Poitiers-Angoulême lines. Connections between TER and main lines will not be guaranteed.

The signalmen’s strike is scheduled for Sunday 7 p.m. to Tuesday 8 a.m., but traffic should be “almost normal” Sunday evening.

“Extensive negotiations were held. Despite the proposals made by SNCF Réseau, the notice has not been lifted, “said SNCF Réseau in a press release, saying that it wished” the continuation of the dialogue “.