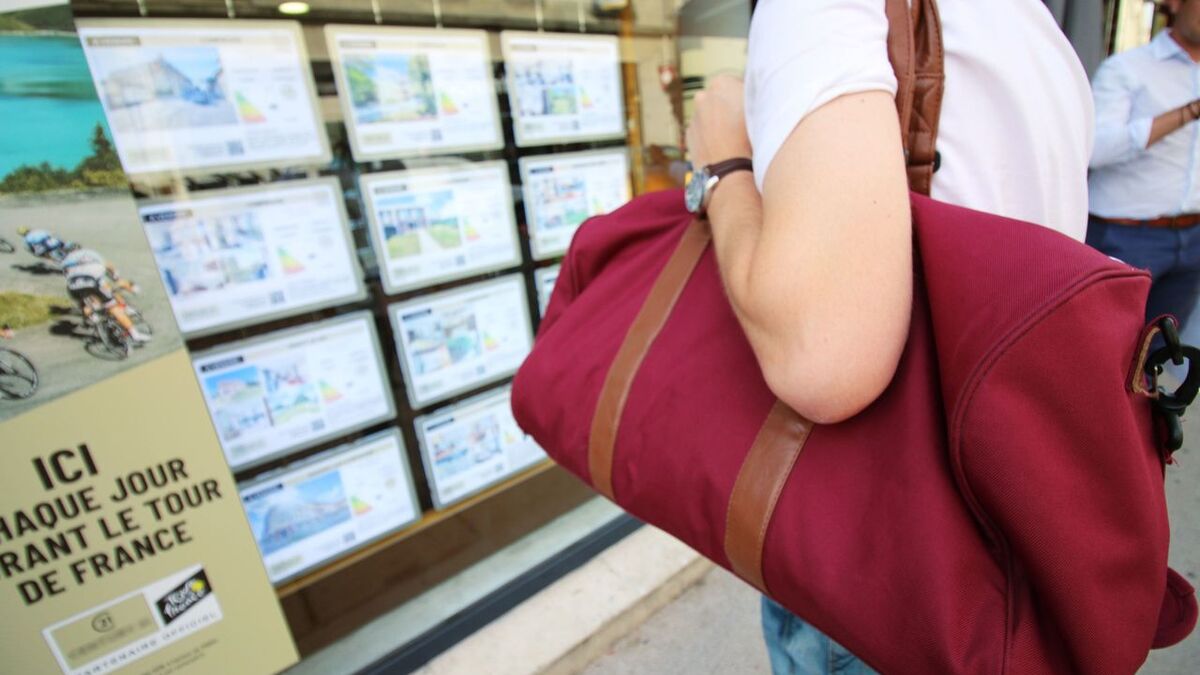 Training responses requested via Parcoursup have been falling since the end of May and for several hundred thousand young people and their parents, the quest for the Holy Grail has begun: to find accommodation for this coming year of studies.

The barometer that we present to you today with the website Be Loger.com gives the average amount of rent for an empty studio (including charges) in the main student cities of France and Île-de-France (Editor’s note, in Paris the average surface area of ​​a studio is 14 m², 25 m² nationally) as well as its equivalent for a room in a shared apartment with two students in a three-room apartment (charges also included).

While the average rent for a studio in France is 480 euros, the reality covers great diversity and extremes. Unsurprisingly, the highest rents are found in the Paris region, with a peak of 826 euros in Paris, followed by Nanterre (714 euros), Sceaux (704 euros), Versailles (677 euros), Créteil (672 euros) and other university towns in Île-de-France. A situation linked to market tension. In the region, the most expensive cities are Nice (570 euros), Aix-en-Provence (552 euros), Lyon (528 euros), Bordeaux (513 euros), Lille (494 euros).

One third of the budget spent on housing

Prices that exceed the budget that young people are ready to put in their accommodation: 470 euros in the region, 592 euros in Ile-de-France (charges included), according to a study by Se Loger in April (Study carried out with OpinionWay among 1,044 students surveyed in April 2021) on the perception of students. No wonder then that 72% of them think that there are not enough affordable goods in the big university towns. If we chose his university according to the amount of rent, it is in Poitiers (352 euros), Clermont-Ferrand (370 euros), Nancy (388 euros), Tours (399 euros) and Dijon (401 euros) that he You should go because this is where studio prices are the cheapest according to Se Loger.

Beyond the gross price of rents, housing costs weigh heavily on students’ finances. This is the finding that emerges from the study commissioned by the platform. They are thus seven out of ten to spend more than a third of their budget on housing, including four out of ten who devote two thirds or more of their resources. To pay for it, more than half (57%) get help from a loved one, or benefit from APL (54%) and one in four students has a parallel job to finance their daily life.

Eight in ten are cutting back on other budgets to pay their rent (leisure and clothing (57%), new technologies (46%) and food (31%). In this period of pandemic, one in five had difficulty pay his rent in recent months and have recourse to solidarity actions.

To limit the cost, colocation can be a solution. It thus seems extremely advantageous to opt for a roommate in cities like Évry, Créteil, Cergy, Bobigny, Toulouse… Sharing a three-room apartment with a roommate would allow, by dividing the rent by two, to save 90 to 135 euros per month compared to a studio in the same city! “It’s a market where students compete with families. It is possible that in student towns that are less attractive to families, larger accommodation will be available to as many people as possible and that this favors shared accommodation, ”said Florent Guiocheau, scientific manager at Se Loger.

Conversely, sharing a flat in Paris does not seem interesting. The rent is 163 euros more expensive than that of a studio! The difference is 33 euros in Versailles. The scientific expert temporizes the importance of the difference between the two prices: “It is only an average. There is nothing to prevent finding a more advantageous roommate, ”he explains.

The barometer does not take into account the 200,000 to 300,000 housing units made available in student residences in France. “Parcoursup creates an artificial volume of requests, but there are many uncertainties for this re-entry on a full face-to-face return. Consequence: many people are waiting to decide on housing ”, estimates Brice Boullet, president of Location-etudiant.fr, a specialized site which announces 600,000 to 700,000 housing offers per year (private owners and student housing professionals) .

Suddenly, the cities which are usually taken by storm “fill up less quickly”, according to him, even if, in the long term, they will be. Professionals are currently increasing the number of promotional gestures such as the fees offered, or a month offered if we sign now, etc.