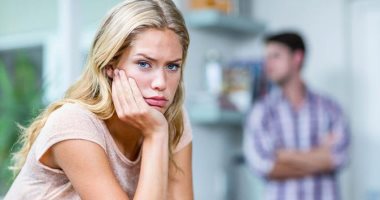 There is nothing as good as eating healthy food that contains essential elements that are beneficial to a healthy body and avoid infection and disease, and while the importance of physical health is often emphasized, there is always less talk about Mental health Although it is more important, women are also more likely to suffer from mental health issues than men, and apart from the importance of reducing stress and stress for mental health, scientists have found that eating healthy or improving eating habits are also effective in maintaining mental health, according to the mention a site”Onlymyhealth“.

In a study conducted by Binghamton State University in New York, based on the role of diet in promoting mental health in adults, especially women, the aim of this study was to find out whether what we eat can affect the mood and mental health of a person.

The role of diet in mental health

The research team in this study compiled a list of food groups that cause psychological disorders in adults, besides, they studied diet patterns including meal times and physical exercise.

Researchers found that dietary habits were significantly associated with mental disorders in women compared to men, and different diet and lifestyle patterns were tested to understand their impact on women’s mental health.

For her part, Lina Bejdash, the study’s author, said that there is a general relationship between healthy eating, healthy eating practices and exercise with mental health, and the level of mental disorder was higher in women than in men, which confirms that women are more likely to eat unhealthy foods than men.

The effect of skipping breakfast on mental health

Many people often skip the first meal of the day which is breakfast, but experts always suggest that eating breakfast is a must because it keeps you active throughout the day, and this study has now also called for breakfast preference because it is one of the factors linked to mental disorder in women This is followed by eating fast food and consuming caffeine.