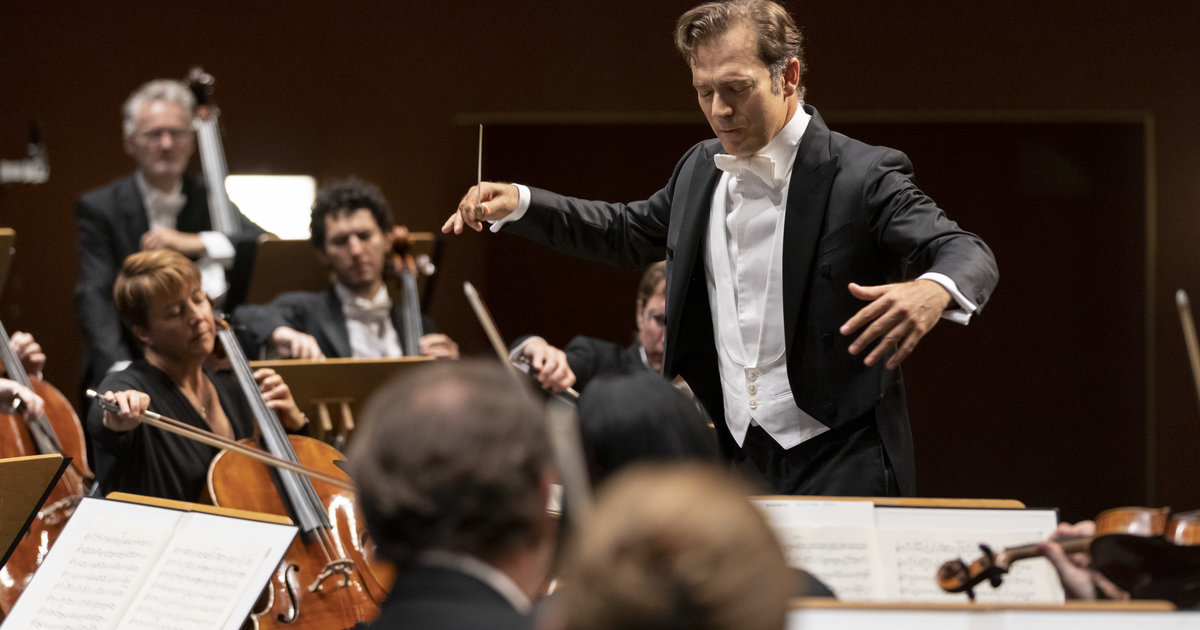 Stifling heat, great pressure linked to Renaud Capuçon’s baptism by fire at the head of the Lausanne Chamber Orchestra: there was a special atmosphere on Wednesday evening at the Salle Métropole in Lausanne. The public had come in large numbers for this highly symbolic evening. A long line had formed on the sidewalk, around the room, to present the covid certificates and be able to enter the room. The concert started a few minutes late and ended with a round of applause.

Making his official debut as the new titular chef of the OCL is already a challenge. Playing in the presence of cameras for a live broadcast on Arte Concert did not facilitate the task. As a man of experience, Renaud Capuçon kept his cool throughout the evening, surrounded by first violin François Sochard and his new team of musicians united around him.

An evening in two stages

In a room where the temperature seemed to rise by the minute, the musicians sweating and the audience taking advantage of the break (after a first “false break” which misled people) to stretch their legs, the evening ended. unfolded in two stages. First, Renaud Capuçon played two Violin concertos by Bach, soon joined by his colleague François Sochard in Tabula rasa by Arvo Pärt. Then he traded his violin for a stick, to lead the euphoric “Italian” Symphony by Mendelssohn.

More than one person in the room was disturbed by a ballet of lights – spots projecting moving beams of varying intensity – intended to accompany the filmed capture. We had the impression of witnessing a “sound and light” not in tune with the music. After a while, it was better to close your eyes to appreciate this one.

Renaud Capuçon sparkled his legendary Guarneri del Gesù “Panette” violin in Bach. Engaged, focused, he played with vigor and sensitivity, the fruity sound, bright, with sometimes sharp accents. An aesthetic reminiscent of the old school of violinists, although without empathy. The OCL strings retain their Latin elegance and articulation.

We particularly appreciated the slow movements, anticipating the lunar atmosphere of Arvo Pärt’s play that followed. Fascinating Tabula rasa which mixes two a priori contradictory tendencies: static and inexorable advance towards an elsewhere. Here, the duo formed by Renaud Capuçon and his violinist colleague François Sochard gave rise to very beautiful exchanges. The prepared piano part, mixed with a clever mesh of patterns, gives the music its hypnotic character. The strings around form like a case that continues to expand. Huge and fragile.

Conversely, the “Italian” Symphony de Mendelssohn brought us back to dry land. Lots of going in the first movement, with energetic accents, thick strings, strong a little rough, sometimes brutal. Renaud Capuçon advocates a rhythmic beat. He maintains the tempo from start to finish, the gestures a little hatched and convulsive; but let’s bet that flexibility will come with time! It animates the cadence of the sentences, hence a constant pulsation in the second movement. We would have liked a little more elasticity and silkiness in the third movement (a few slags here and there). the Finale is martial and brilliant, full of enthusiasm, to grow up well dosed.

The public acclaimed the violinist very invested in his new mission as conductor. Renaud Capuçon raised the various desks of the orchestra at the time of the salutes, aware that this new string to his bow, he owes it to the collective of musicians around him. He takes to heart the opportunity offered to him to reveal himself differently, for his part bringing the “star” touch that will make the OCL shine.

Arte Concert: The concert is available until December 12, 2021.

It will also be broadcast on Middle.