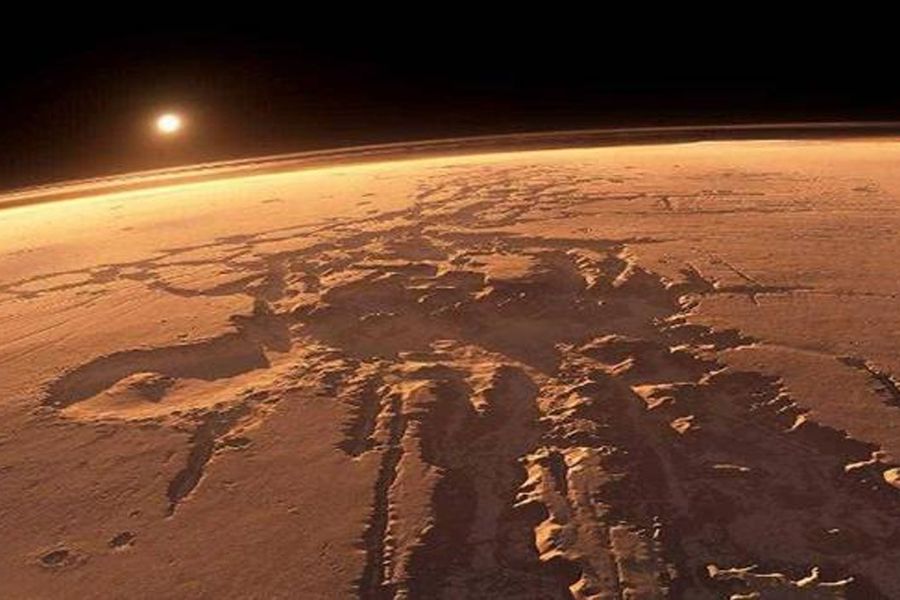 A study published in the magazine Nature revealed a unprecedented find on Mars: the red planet there were great floods that caused the formation of its deepest channels.

Until now it was known about the presence of water In mars, and that it flowed freely on its surface, around 3.5 billion years ago. However, scientists were unaware that there was “flash and violent” floods, those that eroded the Martian surface and caused the formation of these channels.

The targeted floods were caused by the overflowing of lakes, which had a crucial role in the formation of the ancient network of river valleys on Mars, causing a quarter of that erosion, establishes research led by the University of Austin (USA).

Tim Goudge, lead author and scholar at this university, noted that “if we think about how sediments moved through the landscape on ancient Mars, lake break floods were a really important process. It is a surprising result because, for a long time, they have been thought of as specific anomalies ”.

Note that the activity of surface waters was responsible for the erosion of the world’s river valleys and the filling of its lakes during a period of valley network formation that ended, almost 4,000 years ago.

Juan Carlos Beamin, astronomer and scientific coordinator of Sciences of the Autonomous University, explains that “after a general study of more than 200 canyons it was concluded that they were formed by sudden and violent floods, instead of slow erosion like that caused, for example, by a river or glaciers ”.

The study researchers indicated that unlike what happens on Earth, where river erosion is usually a slow process, on Mars massive floods by overflowing lakes formed in craters “played a huge role in shaping the Martian surface, sculpting deep chasms and moving large amounts of sediment ”.

This phenomenon was responsible for the rapid erosion of at least 24% of the volume of valleys incised on early Mars, even though the lakes’ overflow canyons themselves accounted for only a small fraction (about 3%) of the entire length of the valley.

According to the astronomer of the Autonomous University, this process would be very different from what has happened on Earth with the geological formation. “On Mars the channels would be interrupted by meteor impacts, generating craters that would eventually produce the new lake that overflows and gives rise to floods. On Earth, instead, craters are erased either by water erosion, as well as the abundant volcanic activity. For this reason, on our planet there are fewer geological records of land that were ‘drawn’ by floods like those seen in the Martian landscape ”.

The authors conclude that these floods also subsequently influenced the evolution of the Martian landscape in general, especially in the cratered highlands.

The study is the first to investigate how the 262 broken lakes on the red planet shaped the Martian surface as a whole. The experts reviewed a catalog of river valleys on Mars that they classified into two categories: those that began at the edge of a crater, indicating that they were generated during a flood due to the rupture of a lake, and those constituted in another part of the landscape. which suggests a more gradual formation over time.