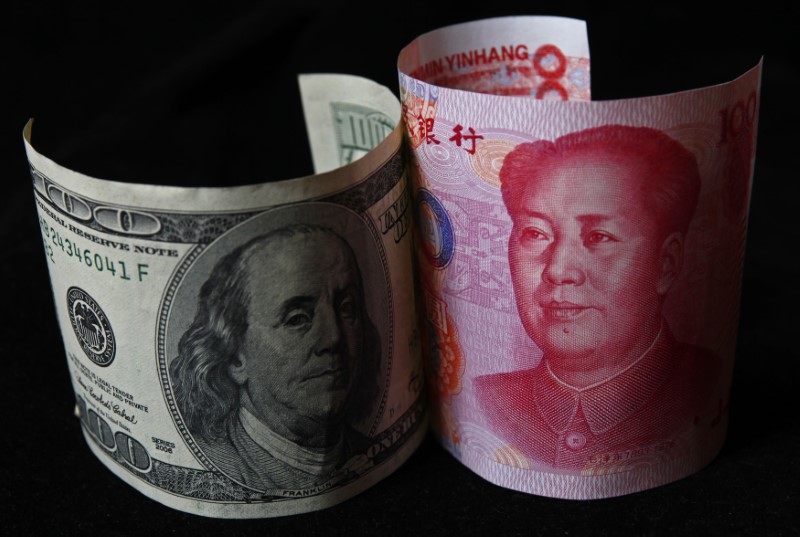 Investing.com – Chinese attitudes towards the yellow metal witnessed a sudden shift for the first time since the Corona pandemic, which began at the end of 2019.

For the first time, the Chinese Central Bank in more than three years tends to increase reserves, after announcing a sudden increase last November that exceeded 1.03 million ounces.

Global rose more than 8% in November after falling for seven consecutive months on expectations that the Federal Reserve may become less hawkish.

And the Chinese central bank announced today, Wednesday, to increase its reserves of gold for the first time in more than three years, which may provide support for the price of the yellow metal. The People’s Bank of China raised its gold holdings to 63.67 million ounces as of the end of November, up from 62.64 million in the previous month, according to data on its website on Wednesday.

In terms of tonnage, last month’s flow was around 32 tons, compared to a cumulative 106 tons reported during the ten months to September 2019.

The country’s foreign exchange reserves – the largest in the world – rose by $65.1 billion to $3.117 trillion last month, compared to $3.10 trillion according to a poll of analysts and $3.052 trillion in October.

The State Administration of Foreign Exchange said in a statement that the increase in reserves in November came with the weakness of the dollar and the rise in global financial asset prices.

The yuan rose about 3% against the dollar in November, while last month the dollar fell 5.1% against a basket of other major currencies.

After a sharp drop earlier in the year, it recently regained some ground against the US dollar, which came under pressure after Federal Reserve Chairman Jerome Powell said the pace of US interest rate hikes could be tapered “as early as December”.

China on Wednesday announced the most sweeping changes to its strict anti-COVID regime since the pandemic began three years ago, loosening rules that have limited the spread of the virus.

And the World Gold Council announced days ago that central banks continue to accumulate gold according to the latest available data 1 In October – the data was delayed by two months – central banks added another 31 net tons of gold to international reserves.

According to data from the World Gold Council, this preliminary figure helps raise global official gold reserves to their highest level since November 1974 (36,782 tons).

National parks in Wallonia: who will be the 2 elected?