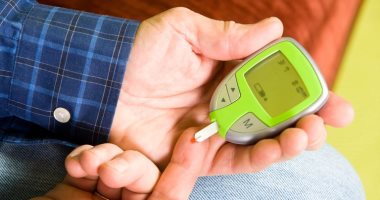 Insulin resistance It is a condition in which the cells of the body become less sensitive to insulin over time. The pancreas responds by producing more insulin. It occurs over many years and can lead to obesity and type 2 diabetes. Certain lifestyle choices can prevent or improve insulin resistance, according to What was published by the site healthnews“.

Insulin is an essential hormone that controls the amount of sugar in the blood. A group of cells in the pancreas called islets produce insulin and then release it into the bloodstream at specific times. Insulin acts as a switch that opens the cells of the body to let in sugar, then the cells use this sugar as fuel, when you eat foods Rich in carbohydrates, your body breaks down carbohydrates into simple sugars and converts them into glucose. Glucose is used by all cells and is the body’s main energy source. Without insulin, the carbohydrates you eat cannot be used to provide your body with energy.

The relationship between insulin and weight

When you eat more carbohydrates than you need, the pancreas senses it and releases higher amounts of insulin into the blood. Insulin takes the extra sugar that it can’t use at the moment and stores it in the fat cells. This leads to weight gain..

After many years of high levels of insulin in the blood, your cells stop paying attention to it and become insulin resistant. The pancreas responds to this by making more insulin. This leads to a condition called insulin resistance..

For a while, the extra insulin does its job, although it leads to extra fat storage. When your cells become more resistant, and insulin struggles to do its job, more sugar remains in your bloodstream. The sugar in your bloodstream can’t be used for energy, as It causes blood vessel damage over time, which can eventually lead to type 2 diabetes

Other risk factors include:

How to prevent or improve insulin resistance:

The key to preventing insulin resistance and maintaining weight is controlling the amount of insulin your body secretes. If insulin levels are controlled, cells are less likely to become resistant and less energy will be stored as fat..

There are several ways you can reduce the amount of insulin your body releases into the blood:

When you eat fewer carbohydrates, your body automatically responds by releasing less insulin. Decreased amounts of insulin can reduce fat storage and reduce the chance that your cells will become insulin resistant. Reducing your carbohydrate intake can help reduce your insulin response and help you lose weight..

Engaging in cardiovascular exercise, such as cycling or walking, will cause you to burn more glucose and store less of it as fat..

Getting enough quality sleep can help. Sleep deprivation is associated with elevated blood sugar and increased insulin secretion in the body..

When you sleep, your body normally uses its fat stores as fuel. If you eat a lot of carbohydrate-rich foods late in the day, your body will burn some of them during the night and store the rest as fat. Eat less carbohydrates at dinner to avoid storing excess fat..

Morocco, ranked 22nd in FIFA rankings, produced the third surprise at the World Cup in Qatar

Minister of Immigration: Providing the purchase of cars from the free zone is an opportunity for Egyptians abroad