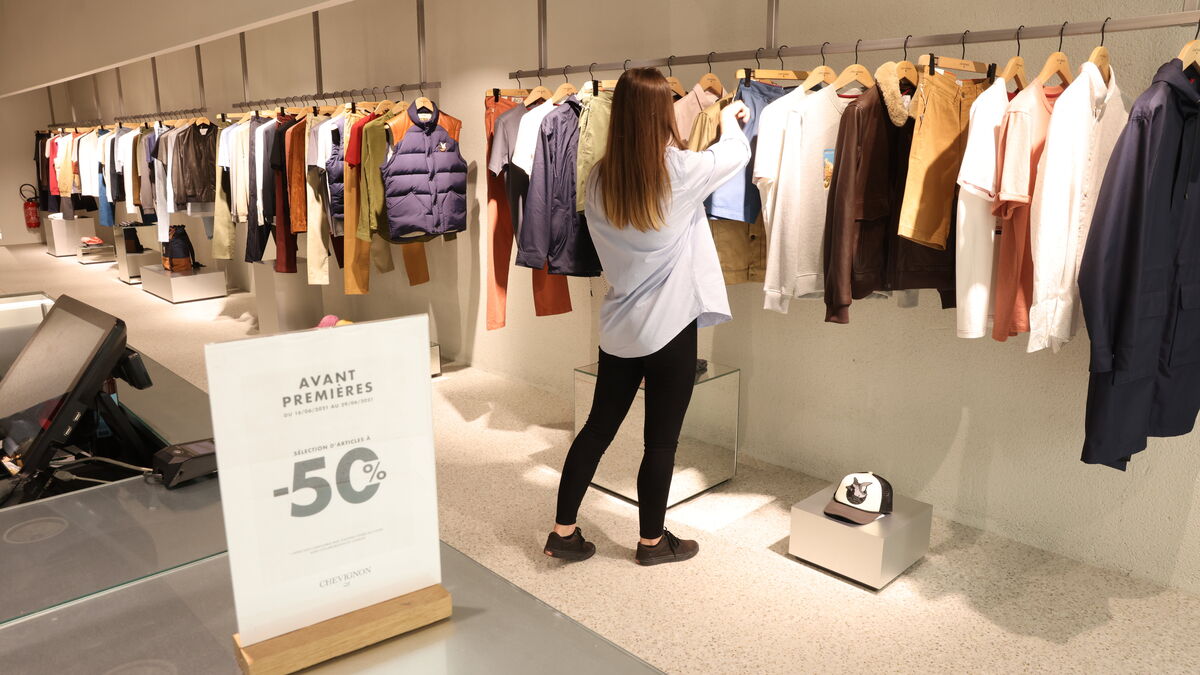 Last summer, at the same time, after coming out of the first confinement, the French generally shunned stores, and all the more so, clothing brands. The sales had not flourished. This year, a whole different trend is emerging on Wednesday for the launch for four weeks of the summer sales. With a dynamic recovery and good household morale, the context is exciting for businesses with customers “wanting to have fun” after many months of health crisis.

This year, “we are not at all in the same health context as last year, there is less concern” in terms of health, notably thanks to vaccination, explains Yohann Petiot, Director General of the Alliance du commerce, which represents clothing, footwear and town center businesses.

The Trade Alliance recorded “a nice reopening” in May, with sales up 41% between May 19 and June 12 compared to the last “normal” year in 2019, according to a panel of a around forty brands representing the clothing market produced with Retail Int. The French “want to have fun”, assures Mr. Petiot.

On the third week of June (from 14 to 20), the Ministry of the Economy for its part identified sales in physical stores “16% higher than their pre-crisis level”, and “online sales of 24 % ”. INSEE also announced on Tuesday that it had recorded household morale at the highest level since the start of health restrictions against Covid-19 in France. A positive state of mind generally synonymous with the desire to consume.

Many brands have already started the promotion machine, particularly through private sales. Amazon thus organized its Prime Day promotional operation on June 21 and 22, a “declaration of war” according to some businesses. The collective “save our traders” estimated that the American giant had “broken this moment expected by physical shops to sell their stocks (…) and rebuild their cash”.

Will the favorable consumer environment make it possible to halt the slowing down of sales? The budget spent by French consumers is crumbling, according to panelist Kantar: from 215 euros on average in 2016, it fell to 153 euros in 2020, a decrease of 41%. At the same time, “the budget for promotions is growing”, albeit modestly, from 251 to 262 euros.

“The sales remain a highly anticipated moment for traders, especially as some have goods to sell” after being closed for several months, pleads Yohann Petiot, however. Parisian businesses should in any case “walk” better than the previous year, when the sales had been postponed to the heart of the summer: Paris was then largely emptied of its inhabitants and deplored the absence of international tourists.

Regional disparities could however be observed again, between areas where trade is doing well, in particular the western front of France, from Amiens to Biarritz via Le Havre or Brest, and those where the absence of international tourists and of some (tele) workers weigh on store sales. The sales will last four weeks, until Tuesday July 27 inclusive.