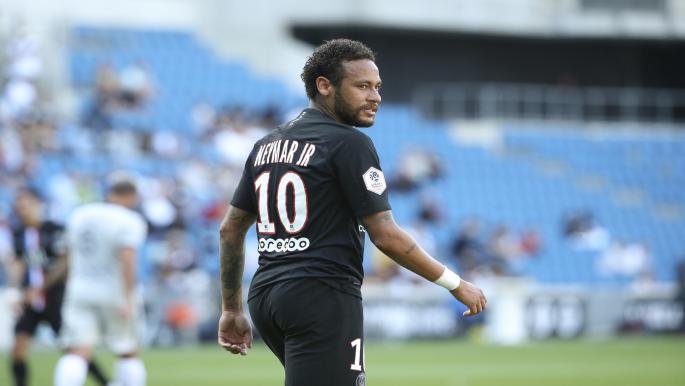 after series Messi and Ronaldo Who occupied the world last summer, these days the world is witnessing a new series called Neymar The Paris Saint-Germain striker, who completed five years with the team ParisianAnd his contract remains for five years after its automatic renewal until 2027, and it seems that it will not be completed due to the desire of the Nasser Al-Khulaifi administration to get rid of him this summer for reasons that were not officially disclosed.

Neymar’s surroundings insist on continuing with his team, and refuses to leave despite the interest of some English clubs in the player, which portends a new series that ignites the summer Mercato between a player who wants to stay and a club that wants to get rid of him this summer in response to the desire of Mbappe and sports advisor Campos, as well as the prospective coach Christophe Galtier, at a stage intended Including getting rid of a star that burdens the club financially, he was tired of the management and the technical framework after his failure to achieve the purpose of his recruitment, which is the coronation of the Champions League.

The Parisian team has not officially announced its desire to dispense with Neymar, because he is linked to a contract that extends to 2027, and Neymar is not considering leaving despite the interest of Chelsea, Newcastle and Manchester United in his services, but his estimated salary of three million euros per month remains a major obstacle.

Also, the amount of his departure will not be less than 80 million euros, which his former team Barcelona will not be able to recover if he wants to restore it, but despite all that it seems that the “Parisian” administration has made its decision, and is waiting for the appropriate offer to get rid of large financial burdens, and the actions of a star annoying to coaches. And his colleagues, his level fluctuated, even in decline compared to Mbappe, who seems to have become everyone in Paris since his contract was renewed for two additional seasons, and is behind the idea of ​​dispensing with the Brazilians because the “Parisian” can only bear one star with Messi.

Neymar, who is on his summer vacation in Brazil, has been silent so far in front of all the leaks that talk about his departure, and is preparing to resume training with his team on the eighth of next July, in anticipation of the World Cup season. joining the English Premier League. Therefore, some are talking about his return to Barca, which remains subject to the difficult financial conditions of the Catalan club, despite the team’s need for a player of the size of Neymar who knows the house well, and finds himself in the Spanish League more than in the English or even the French.

But Neymar will not be satisfied with leaving the narrow door, after he entered from the widest doors five years ago, coming from Barcelona, ​​​​in one of the largest and most expensive international football deals in history.

Between the club’s clear desire, and Neymar’s indirect refusal to leave, it seems that the episodes of this summer’s series will be exciting, in which it is difficult to predict the scenario of the end, and who will emerge victorious in the end, but it is most likely that Neymar will leave, even on loan, because his stay will disturb the atmosphere in the ranks The team, after the Brazilian realized that he was no longer wanted by the management, and even from the new coach Christophe Galtier, whose assignment will be announced next week, after dispensing with Mauricio Pochettino, just as he dispensed with the Brazilian sporting director Leonardo at the end of last season, and was replaced by Portuguese Luis Campos as an advisor. Technical to the president, who is known for his great role in determining the parameters of the players, who make up the teams, in which he worked, like Monaco and Lille.

The equation seems difficult, but because it is about Neymar, one of the best players in the world today, and it is related to a team that is ready to dispense with him for free if necessary, especially after he renewed with Mbappe, and is preparing to get rid of coach Pochettino, and forget about a season in which he won one title in all the “Armada.” “The one he owned, and all the money he spent, but it seems that one of the club’s major financiers and advertisers are against the idea of ​​Neymar leaving, which complicates the process further.

Aliana Ustinenko is busy with herself, Alexander Gobozov is proud of raising his son Robert

Remind me to pick up my ears with cotton buds. May cause earwax obstruction. Recommend this symptom. See a doctor urgently!