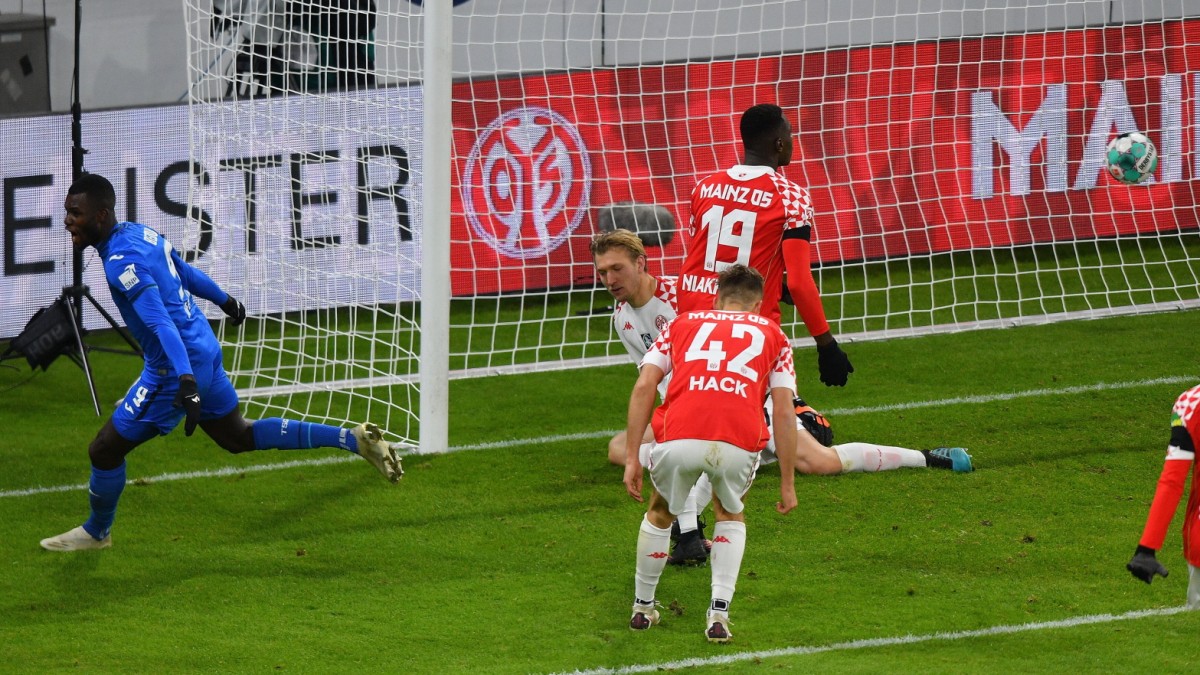 FSV Mainz 05 and TSG Hoffenheim are still stuck in the lower half of the Bundesliga table. At the end of the day, the two separated 1: 1 (1: 0) on Sunday. Mainz is undefeated in three league games after the defeat series at the start of the season, but missed the hoped-for big jump out of the basement. Robin Quaison (33rd) for Mainz and Ihlas Bebou (62nd) for Hoffenheim scored the two goals in an intense game. Hoffenheim’s Dennis Geiger saw the red card in the final phase after a foul (80th).

For TSG with trainer Sebastian Hoeneß, the following applies: Flying high in Europe, flying low in the Bundesliga! While Hoffenheim has won four international wins from four Europa League games, there have now been seven Bundesliga games since the furious 4-1 win over FC Bayern. The European Cup ranks are far away early in the season. Mainz, on the other hand, remains without a home win this season.

FSV coach Jan-Moritz Lichte did not want to endanger the upward trend with personnel changes and let the same team play as last in Freiburg (3: 1). Striker Jean-Philippe Mateta had his first chance early, but his header was heavily parried by Hoffenheim goalkeeper Baumann (8th). As a result, there were further chances for the hosts, who initially combined strongly, but missed the wages they had earned. Hoffenheim’s trainer Hoeneß rotated again vigorously because of the triple load and after numerous corona infections. There wasn’t much left of the TSG team, which won 2-0 at Slovan Liberec on Thursday evening, after six changes.

At temperatures around freezing point, the TSG appeared lethargic and wait-and-see. That changed after 20 minutes: A header from Stefan Posch and a Kramaric shot remained unsuccessful. When Christoph Baumgartner (27) fell after a duel with Alexander Hack in the Mainz penalty area, referee Stegemann allowed the game to continue and did not revise the decision even after information from the Cologne video cellar.

Instead, Quaison gave the 05ers the well-deserved lead on the other side. After a ten-minute break at half-time, Hoeneß sent his players back onto the field – they then performed much more aggressively. Numerous attacks rolled onto the FSV goal, but keeper Robin Zentner was able to prevent the equalizer for a long time with his hand, head or foot. But then Sessegnon played a sharp cross to Bebou, who scored 1: 1.