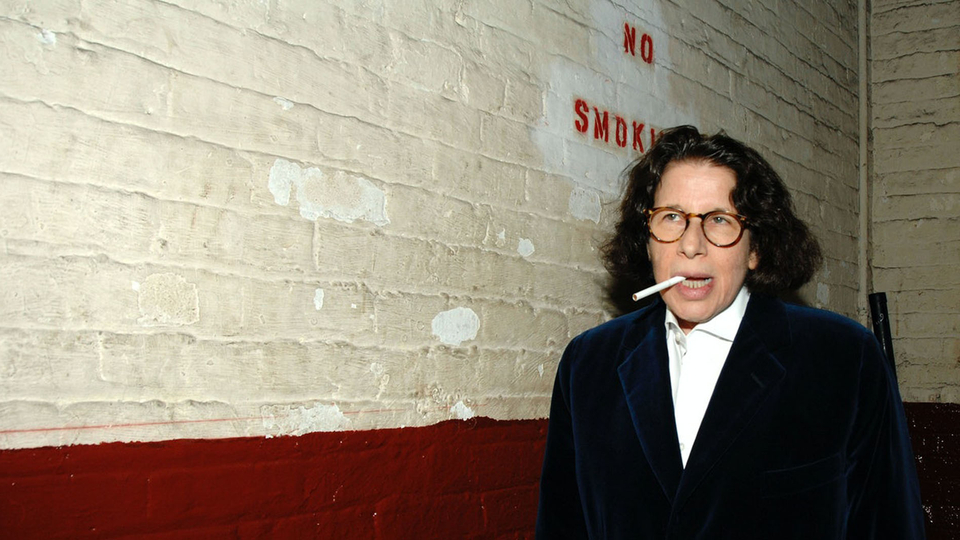 “A person our age came to New York if he was gay in order to be gay. But we came here because you couldn’t live in other places, ”says Fran Lebowitz looking at the camera in the first episode of Martin Scorsese’s documentary miniseries, Suppose New York is a city. Fran Lebowitz was born in Morristown, New Jersey, in 1950. She never played by the rules: she was expelled from school. And when she came of age, she decided to move to New York with only one purpose: to be a writer.. Her father gave her $ 200, Fran had never had so much money in her hands. His first thought was “This will last me for life.” At home they did not allow her to talk about money or ask how the economy works because she was a woman. All you need to know is how to be a wife. The education that his mother gave him was based on not being funny with boys because boys don’t like that. “Unfortunately he was wrong,” Fran launches with an annoyed face. As soon as he arrived in New York, he discovered that those $ 200 were not enough to live a lifetime, so he began to drive a taxi. She was the only woman without telling the legend that affirmed that another existed. Fran searched desperately for her in the taxi bar because the entourage of male drivers abused her or pretended she was invisible. Later he sold belts on the street and also cleaned apartments, until his sense of humor dazzled Andy Warhol and he began to write a column in the famous magazine of the pop artist, Interview.

See Also:  The irony of Indonesia, the country of Tempe, the majority of soybeans are imports

The 7-episode 30-minute miniseries intersperses archival material with the present. Fran Lebowitz, author of the books Brief manual of civility (1981) and Metropolitan life (1978), chat with Scorsese or tour the places he hates most in New York. Longing for the Big Apple of the 70s. He walks with a long cape covering his neck with a heavy scarf, observing through his tortoiseshell glasses what bothers him the most: the people. Fran is a curmudgeon cake; She hates social media, taxi screens she can’t turn off, the streets of Times Square, Broadway musicals, yoga, airplanes. But his anger is not harmful, it is funny. She laughs at others, and also at herself like every Jewish comedian.

He relates to the shouts, he speaks in a hurry as if the words escaped from his mouth; turning your tongue into a springboard. You get so excited about your anger that you sometimes have to run your hand over your lower lip to avoid dropping a little saliva on the floor. The joke always comes first. Fran would need a city to herself, but what would become of the comedian without her complaints? And our state of mind?

Martin Scorsese laughs at the jokes of his friend Fran Lebowitz like a baby who has just learned to laugh. He laughs so much that he bounces off his chair and at times has trouble breathing. They have such a close admiring relationship that Scorsese had already filmed a documentary about her in 2010, Public Speaking, and in 2013 gave her the role of judge in the film The wolf of Wall Street. Where with his characteristic unfriendly face he sentences Leonardo Di Caprio.

But Fran Lebowitz is never enough, there is always room for one more complaint. Fran doesn’t talk too much about her sexual identity, nor does she hide it. It is part of her daily life, like those plaques embedded in the floor of some streets in New York with phrases from writers that she is fascinated to discover between steps. Fran believed all her life that certain things would never get better. He did not intend to witness the Equal Marriage Law. Young people today thank her for her fight for LGBTIQ rights, she is in charge of clarifying that she did nothing to achieve them. “I’m not so self-sacrificing, I assure you.” At times, Fran Lebowitz walks around a model of New York. Scorsese asks her what she would like to have, to which she replies “Godzilla’s rubber suit.” Because, above all, Fran Lebowitz is a show.