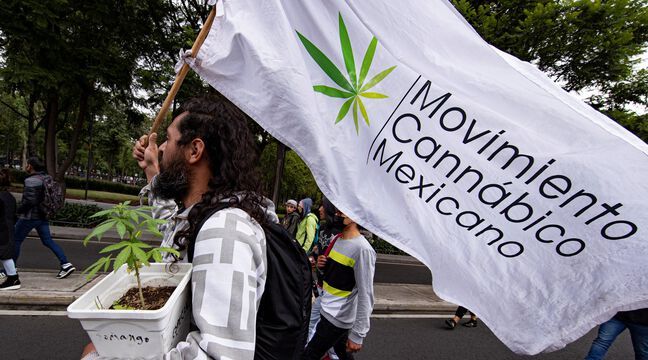 While the country is plagued by powerful drug cartels, Mexico will try a new approach in its repressive policy on cannabis. The Supreme Court officially decriminalized the legal use of marijuana for adults on Monday.

Eight of the eleven members of this body thus declared unconstitutional a series of articles of the Mexican law on health which prohibited the consumption of marijuana. The move comes after the Mexican Congress failed to pass a law on the issue before the April 30 deadline set by the Supreme Court.

The declaration approved by the Supreme Court on Monday means that those who now want to use marijuana for recreational purposes can apply for authorization from the Federal Commission for the Protection against Health Risks (Cofepris) and the latter cannot refuse it. Although civil organizations and scholars applaud the move, they caution that Congress has yet to legislate on the issue. “The decision (of the Supreme Court) does not affect the framework of criminal justice and leaves a legal vacuum with regard to the consumption, cultivation and distribution of cannabis,” said the NGO Mexico United Against Crime.

The decision of the highest legal body in the country is, however, an important step for Mexico, which has 126 million inhabitants and which has been plunged into a spiral of violence since 2006, when the federal government launched a military anti-drug operation. controversial. Since then, the country has recorded more than 300,000 murders. Since 2015, the Supreme Court has handed down a series of rulings that have deemed banning the recreational use of marijuana by adults illegal. As of January 12, the government had already regulated the production, handling and marketing of medical marijuana.

If passed by the Mexican Congress, the legalization of cannabis will open a high-risk front with the drug cartels who are the powerful masters of this industry. In 2020, authorities seized 244 tonnes of marijuana. The latest national drug survey in Mexico in 2016 found that 7.3 million Mexicans between the ages of 12 and 65 had used marijuana multiple times and that it was the drug of choice for 1.82 million Mexicans. .