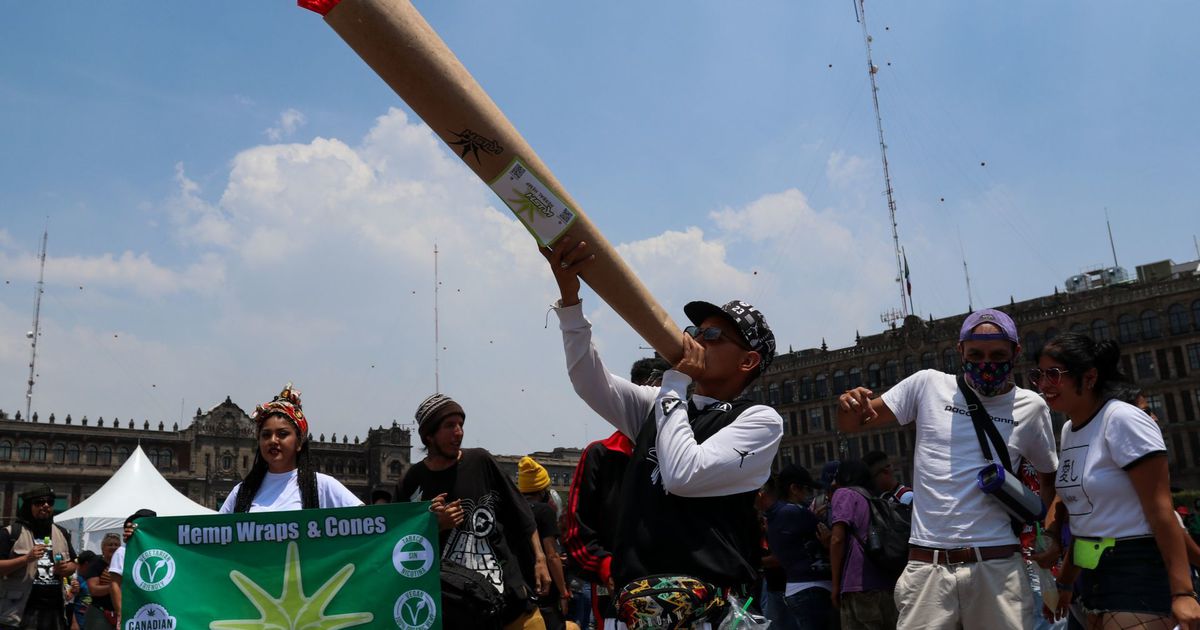 The Supreme Court of Justice of the Nation (SCJN) approved by a qualified majority the declaration of unconstitutionality on the prohibition of the recreational use of cannabis and the psychotropic THC (compounds known collectively as marijuana).

The approval with 8 votes in favor and 3 against was enough to annul the five articles of the General Health Law that prevent recreational consumption of the plant, but it does not mean that the entire cannabis market is legal, nor that consumers are exempt from limitations.

That Monday’s determination comes after Congress failed to pass a law to regulate recreational cannabis. On April 30, the term that the SCJN had set for Congress to regulate the recreational use of marijuana in the nation had expired for the third time, but the legislators did not reach agreements.

In 2015, the SCJN ruled for the first time in favor of granting an amparo to four people so that they could obtain permits from the Federal Commission for the Protection against Sanitary Risks to carry out activities necessary for the recreational use of marijuana.

In their application for protection, the people claimed the unconstitutionality of articles 235 (last paragraph), 237, 245 (fraction I), 247 (last paragraph) and 248 of the General Health Law regarding the production, use and self-consumption of cannabis and THC.

The minister president of the SCJN, Arturo Zaldívar, assured this Monday that it is a historic day for freedoms in the country.

“After a long journey, the Supreme Court consolidates the right to free development of the personality for the recreational use of marijuana and it is confirmed that the instruments that the Constitution has for the defense of rights are effective and that a court is essential. for the development of these rights, for their defense and for social changes that can hardly take place at the legislative level alone, “he said at the end of the session.

The ministers Alberto Pérez Dayan, Jorge Mario Pardo and Yasmín Esquivel Mossa voted against them, who stated, among other things, that after the jurisprudence reached in 2019 there was a reform of two of the five articles indicated in the general declaration of unconstitutionality, for what the Supreme Court was unable to issue said declaration.

They also warned about the possibility that, with this declaration, a systemic problem was generated that could lead individuals who obtain permission from the Federal Commission for the Protection against Sanitary Risks (Cofepris) for the recreational consumption of Cannabis and THC to incur in criminal offenses.

They recalled that the activities that will be authorized by administrative means, such as the trade, planting, cultivation, harvest, possession or transportation of said substances, are criminally sanctioned based on the Federal Penal Code.

The declaration of invalidity will be effective as of the notification to both the Congress and the Ministry of Health.

With information from David Saúl Vela