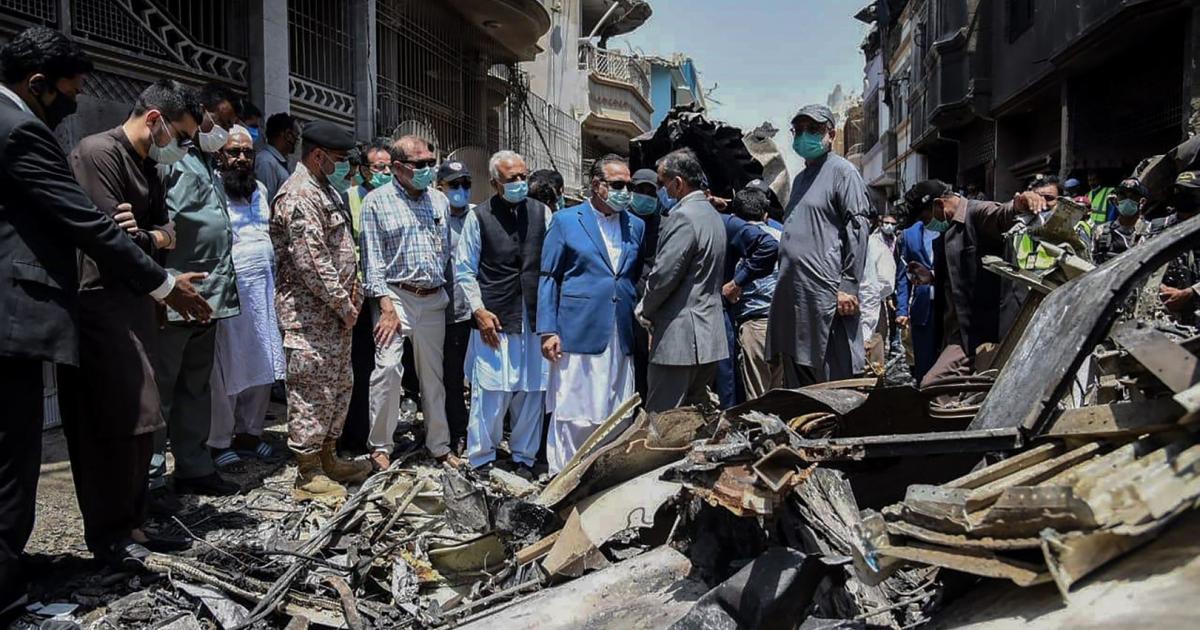 Exactly two people survived Plane crash in Pakistan on Friday for 97 inmates of the Airbus A320 the state airline PIA came too late to help. “People panicked and started praying loudly,” described Muhammad Zubair the last minutes before the crash, the broadcaster “Geo TV” was still late Friday evening.

“I loosened my seat belt, saw the light and went in its direction. Then I jumped out.” The 24-year-old and another passenger miraculously crashed a Pakistani passenger plane over a residential area in the metropolis Karachi (Karachi) survived.

97 inmates did not make it, and people apparently died on the floor in the accident on Friday. Zubair was incredibly lucky. He was burned, but the state is stable, according to the Pakistani Ministry of Health. In a video report from the bedside published on the Internet, he described the minutes after the crash.

“Everyone tried to survive”

“After the machine crashed, I regained consciousness and saw only flames everywhere,” said the 24-year-old. “There were screams everywhere, everyone tried to survive.” Then he saw the light and started to move. Except Zubair only the President of the Bank of Punjab, Zafar Masudsurvived the crash.

All other 89 passengers and the eight crew members were killed, according to the authorities. At least 19 of them were identified by Saturday.

The Airbus A320 the state airline Pakistan International Airlines (PIA) was on approach Karachiwhen both engines failed. The pilot was able to make an emergency call before the machine crashed in a residential area.

The crash apparently also killed people on the ground. Local hospital workers reported corpses that were not occupants of the machine.

The plane was about to land. According to the airline, the pilots had previously reported technical problems and possible engine damage. The exact cause of the problem is not yet known. Aviation Minister Ghulam Sarwar Khan promised to quickly investigate the cause of the crash.

One million Pakistani rupees (the equivalent of around 5,700 euros) are to be paid to relatives in addition to insurance amounts for the deceased, the minister announced. The two survivors would get half of the amount. The residents of the crash site a few kilometers from the metropolitan airport Karachi should be compensated. Their houses were devastated in the crash.

Cleaning up and identifying the fatalities was initially difficult. According to the Ministry of Health the province Are 19 passengers were identified by Saturday and a further 45 DNA samples were taken from relatives. Eight residents were injured.