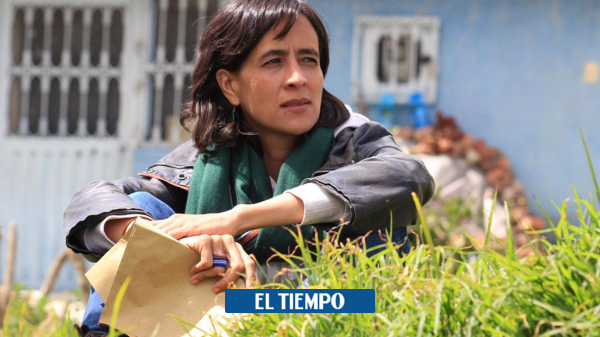 President-elect Gustavo Petro today announced the names of three women who would assume senior positions under his mandate. Between them Maria Susana Muhamad Gonzalez, who will be the new Minister of the Environment and Sustainable Development of Colombia.

Susana Muhamad is an environmentalist and political scientist from Universidad de los Andes with a Master’s degree in Philosophy from Stellenbosch University (South Africa).. He has worked with multinationals like Shell.

(Also read: The environmental challenges that the Petro government will have to face)

Muhamad was part of the creation of the Progressive movement, which won the Mayor’s Office of Bogotá in 2012 under the command of Gustavo Petro.

When Petro was mayor of Bogotá, Muhamad was appointed Secretary of Environment of the city and under her charge the Climate Change Plan was developed.

In addition, she was also Secretary General of the Mayor’s Office during Human Bogotá. Since 2020, she has worked as a councilor in Bogotá, where she arrived through a closed list of the Human Colombia Coalition.

A few days ago, she had been appointed by the president-elect to lead the connection of the environmental portfolio with the current minister, Carlos Eduardo Correa.

Today we carry out the induction to the new splicing team of the Environmental Sector; who were selected for their experience, and also, will contribute their knowledge so that Colombia is a world power of life.#EnvironmentalSplice pic.twitter.com/u38KbOuKqj

In an interview with Blu Radio, Muhamad assured that the first thing he will do is resolve the socio-environmental conflicts “that put the lives of environmental defenders in Colombia at risk.” That, taking into account that Colombia is the most dangerous country to be an environmental leader in the world according to the NGO Global Witness.

“We must work to ensure that environmental licenses are complied with, especially in extractive megaprojects. And we must work above all on the issue of deforestation, which is the Gordian knot for us in Colombia,” Muhamad assured.

The next director of the environmental portfolio assured that fracking will not be carried out in Colombia during the Petro government. “Yes, we are looking for the closure of fracking. We believe that going to look for the last remnants of gas generates more harm than good,” he said. He also assured that it is necessary to work on the energy transition and not on mining exploration and gas extraction.

Regarding glyphosate to combat illicit crops, he assured that it will not be used either, but that alternatives such as substitution will be worked on.

Finally, Muhammad made it clear that mining will not be carried out in moorland complexes. “The páramo ecosystem is what generates 75% of the country’s drinking water. What we need is to work with the peasants who are in the páramos, in addition to those who arrived there displaced by the historical violence in this country. We need to work on the processes of restoration of hydrographic basins and work in depth in the maintenance of the paramo ecosystem. I know that in Santurbán there are artisanal miners, we have to look at that very carefully, but opening exploitations in moors is absolutely inconsistent in a logic of climate crisis, “he concluded. Muhammad.

(You may be interested: ‘The Climate Action Law is the greatest legacy that we are going to be able to leave’: Carlos Correa)

USA: a prisoner in Texas asked that his execution be delayed so he could donate a kidney

Fake news! Facebook page – Line invites you to open an investment portfolio Certified by the SEC