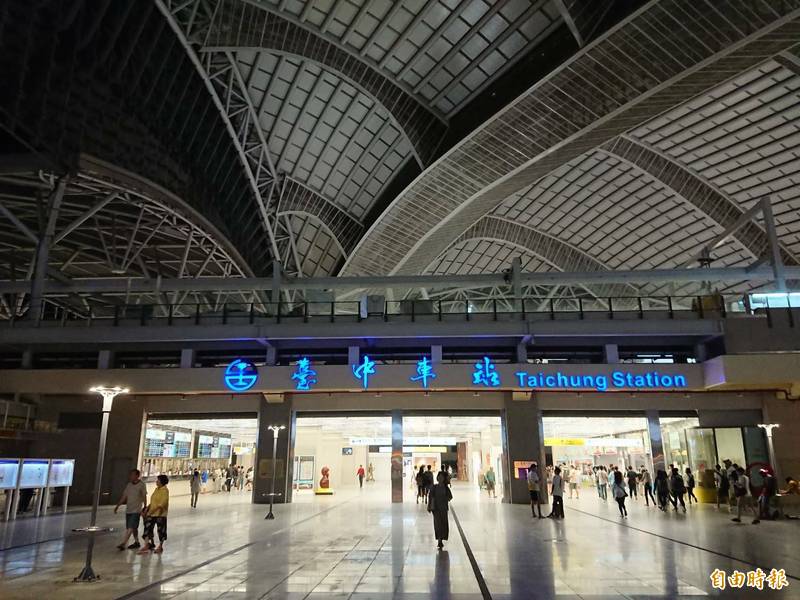 Suspected dissatisfied with the suspension of the train, the man threatened to set off bombs at Taichung Station and Xinwuri Station tonight. (Photo by reporter He Zonghan)

[Reporter He Zonghan/Taichung Report]Taichung City’s 1999 Citizen Hotline received a call from a man at about 11:00 this morning, claiming that he was dissatisfied with the May 1st Labor Day train suspension, disrupting his schedule. Taichung Station and Xinwuri Station were retaliated by placing bombs, and the train drivers and staff had to pay the price. After receiving the notification, the investigation team of the Taichung Branch of the Railway Police Bureau initially identified a suspicious man surnamed Zhou and was following the line for investigation.

The dispute over the corporatization of the Taiwan Railway has caused dissatisfaction among employees. Tens of thousands of employees will not work overtime tomorrow on Labor Day, so that the trains scheduled by the Taiwan Railway will be completely suspended. In the morning, Taichung City’s 1999 Citizens Hotline received a threatening call and immediately notified the Railway Police Station. The Taichung Branch of the Railway Police Station stepped up patrols at Taichung Railway Station and various station areas, and continued to check whether toilets, lockers, trash cans, etc. were hidden. If there are suspicious items, increase the vigilance of handling dangerous items to avoid hazards.

After the police checked the vehicles with metal detectors, there was no abnormal metal reaction. As of 4 p.m., no stations were found in Taichung area, and everything was normal.

Wu Kunlin, the captain of the investigation team, said that the task force in this case double-tracked the investigation and went south to confirm that he threatened to leave a message for an overseas IP impersonating a man surnamed Zhou. At present, the security maintenance and inspection of the station area will continue to be strengthened. Regarding the overseas IP part, it has been reported to the higher authorities to assist and expand the investigation. place.

Multiple casualties and damage after tornadoes hit Kansas, US – International