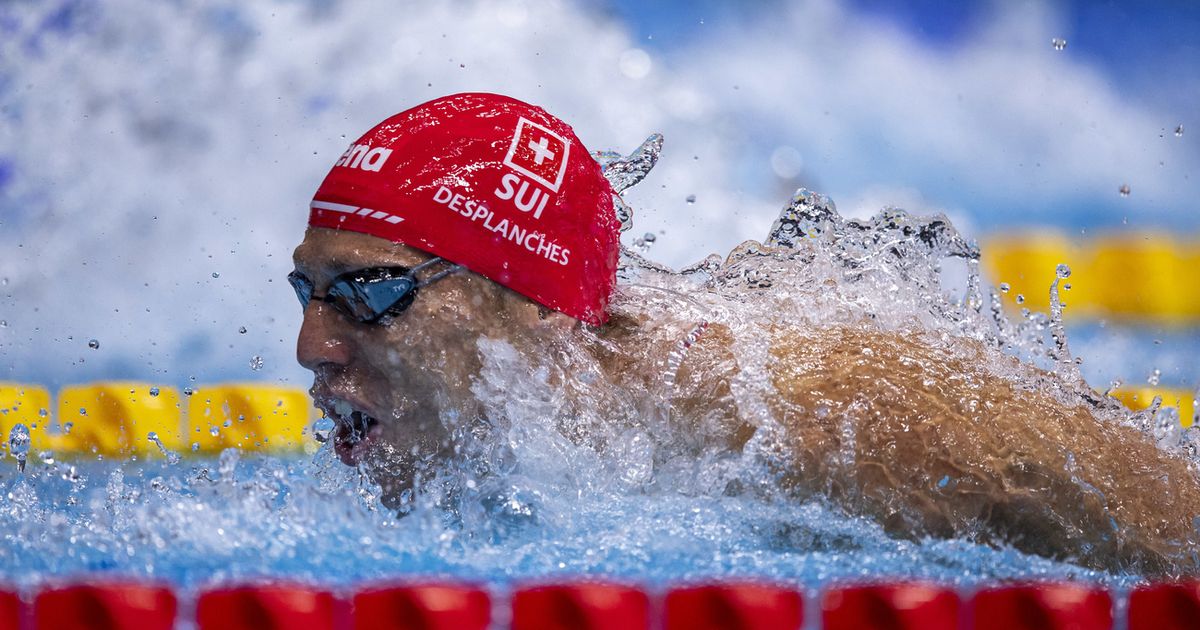 No medal for Jérémy Desplanches in Roman waters! The Genevan finished 4th in the 200m medley in 1’58”59. His cantonal comrade Roman Mityukov also finished at the foot of the podium in the 100m backstroke.

Jérémy Desplanches will have to live with a season devoid of any podium. The 28-year-old Genevan, quadruple medalist in the international championships disputed since 2018, had to settle for a 4th place in the 200m medley at the Europeans in the large pool of Rome, failing 0.55 from bronze.

Eliminated in the semi-finals of the Budapest Worlds six weeks earlier, Jérémy Desplanches hoped to reassure himself at Foro Italico at the end of a 2022 transition exercise. But it still lacks a “trunk”. Third in the final after the breaststroke, he couldn’t take the shock over the 50 meter crawl. He was beaten by Hubert Kos (1st in 1’57”72), Alberto Razzetti (2nd in 1’57”82) and Gabriel Jose Lopes (3rd in 1’58”34).

Roman Mityukov is subscribed to 4th place in the Europeans in the long pool of Rome. Already 4th in the 200m backstroke and the 4x200m freestyle relay in these games, the Genevan finished in the same rank in the 100m backstroke. However, he has no regrets to have: he once again improved his Swiss record but failed 0”63 from the 3rd step of the podium.

Helena Christensen has a new hairstyle