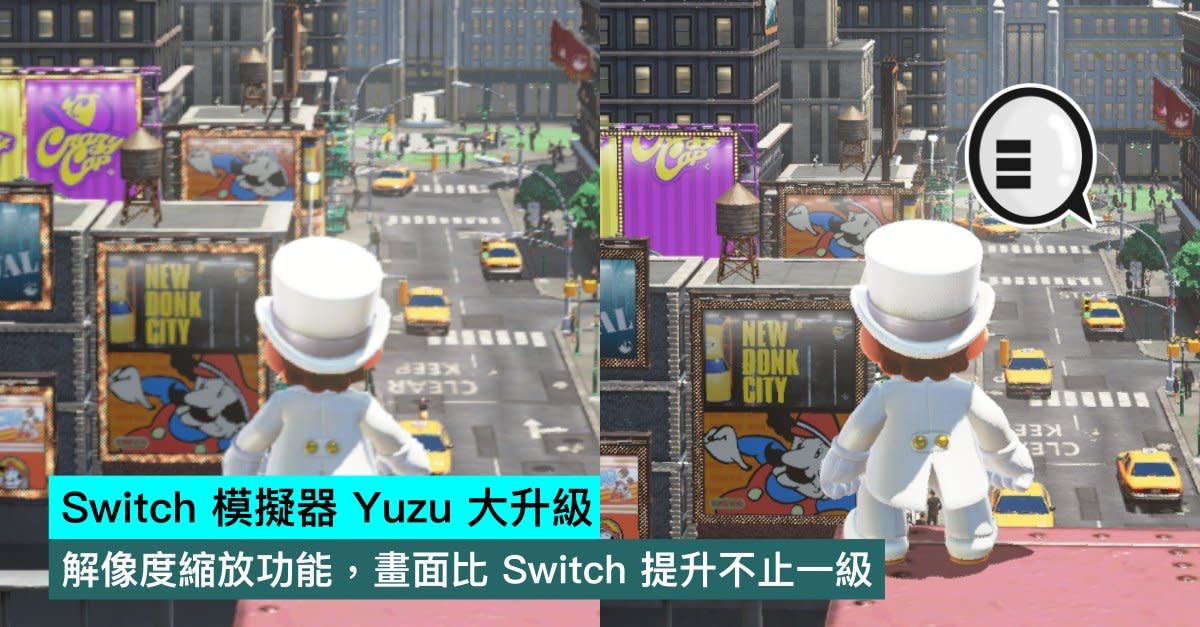 Because the simulator is open source, it not only serves users, but also has programmers from all over the world to align and improve. At present, the simulator is basically the same as the real Switch, and even stronger in some aspects. . For Early Access users, the Yuzu emulator has added an enhanced version of the resolution zoom function that users have long requested. This feature will enable analog enthusiasts to go beyond the limits of Switch hardware, better use computer hardware, and experience the full potential of Nintendo Switch games.

The resolution zoom function is to zoom the texture size rendered by the Switch game, and then re-render it according to the custom zoomed resolution, so that the upper and lower limits of the simulator become super high, down to 720p/900p, and even up to 8K Of course, this requires very high computer hardware.

However, since it is to call the hardware, a specific driver is required accordingly. Currently, the Yuzu team stated that the latest NVIDIA driver will cause OpenGL rendering problems. Therefore, please make sure that your system uses the 472.12 version of the NVIDIA GeForce driver, as this is the last known version that has not caused any problems.

The following is the principle of the new Yuzu Resolution Scaler (Project ART) and its own rating system, which is still open source:

The working principle of this well-designed rating system is that there is a set of rules to specify which render targets can be scaled, and a rating for each texture. We cannot simply use a binary “yes/no” system because we don’t know that some games may only render textures once. Scaling these textures is meaningless and may destroy them.

For those unfamiliar, the rendering target is just the texture rendered by the game. The texture can only get one point per frame. In order to obtain this 1 point, the texture itself and other textures in the rendering pass need to satisfy a series of our rules. After accumulating 2 or more points, the texture will be scaled, and now all renderings will be performed at the scaled resolution of the texture.

As the number of frames increases, the texture will continue to gain more points. But if in any frame, even a single texture in the rendering pass fails to meet this set of rules, the scores of all textures will be reset to 0. If a texture interacts with other textures, its new rating will be based on the current rating of those textures, or it will be increased to the largest possible rating if one of these textures has been scaled.

Recommend more related articles for you:

Switch OLED durability test, the result of the screen glass hardness is like film