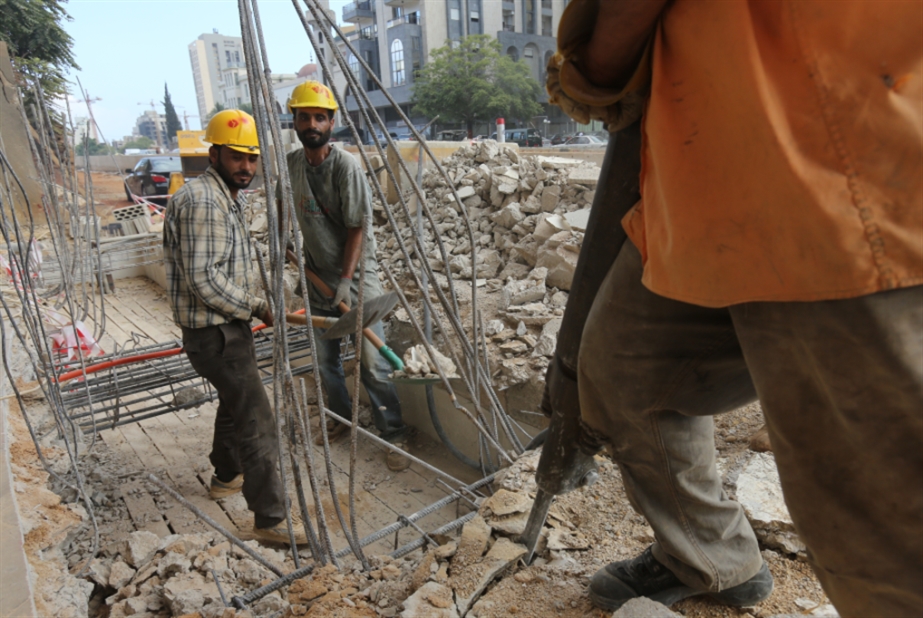 Less than a thousand cases of Coronavirus infection among Syrians residing in Lebanon, recorded by the Ministry of Health since the epidemic entered the country in February 2020.

In a country that is considered one of the countries in the world that is most welcoming to the displaced Syrians in relation to its population, the number seems very meager, and it does not reflect the reality of the situation in reality. Fewer than 1000 injuries out of more than 520 thousand recorded in Lebanon, the number is undoubtedly correct, but it is far from accurate for many reasons related, primarily to the mechanism of recording injuries among Syrians residing in Lebanon, especially the displaced from them.
There are no accurate statistics up to now on the number of people infected with Coronavirus among Syrian workers, and this is not surprising. As their condition is the same for all Syrians and Palestinians residing in Lebanon. However, their current work conditions raise many questions about the Lebanese government’s seriousness in protecting these people and ensuring their safety.
Five comprehensive closures imposed by the Lebanese authorities to this day were characterized by strictness and seriousness at the beginning, before the commitment to them wavered. Conditions changed each time, and varied results and deadlines for the resumption of normal life. However, the category of Syrian workers, alone, was exempt from the requirements of public health, especially those working in the fields of restoration and reconstruction.
Beirut’s rise from under the rubble required their forearms, but their working conditions were always surrounded by the grave dangers imposed by Corona. The number of injured people was increasing day by day, hospitals announced more than once that they were unable to bear additional burdens, and the alarm sounded many times. While Lebanon was catching its breath, the Syrian workers were pumping oxygen into the stones of the stricken city, and one question in mind: Who will guarantee the lives of these people?
It is not a secret that one of the many restrictions imposed on Syrians ’work in Lebanon: legal status, irregular residency, lack of health insurance, in addition to the high cost of living and deteriorating economic conditions, among others. All are factors that impose on them a special movement, and make ensuring their health a complicated matter. As the infection of a worker with the virus will put him in front of a difficult test, he may have to face it alone, unless he is lucky to receive the necessary care by one of the supporting institutions or organizations in similar cases, whose role has been greatly reduced in the past two years, with restrictions imposed on the movement of funds provided to The displaced persons are registered exclusively in the lists of the United Nations High Commissioner for Refugees, and the value of the support has decreased dramatically, noting that a significant percentage of the displaced, including Syrian workers, are not registered in these lists. Consequently, they will have to bear the burdens of treatment themselves, which is not easy with the high prices of medicines, and their inability to bear the cost of treatment in hospitals, or conducting PCR examinations, in addition to the cost of quarantine living on their lives that are already dependent on work «every day of the day ».
Faced with this reality, a fundamental question arises: If the work of these people is important to the point of their exclusion from health restrictions, do they not have the right to enjoy exceptional advantages to ensure their safety, and thus the continuity of the work assigned to them?

Less than 1000 injuries among Syrians were recorded by the Ministry of Health out of 520 thousand injuries!

What makes matters worse, according to a number of human rights organizations, is the possibility of excluding marginalized groups in Lebanon (chiefly workers) from the national vaccination campaign for Corona, despite the fact that United Nations data indicate that the death rate among displaced Syrians due to the virus is four times the rate. National, and three times that rate among Palestinians! Nevertheless, it appears on the government online registration and follow-up platform to receive the Corona vaccine that only 2.86% of those who received the vaccine, and 5.36% of those registered to receive it, are non-Lebanese, even though non-Lebanese make up at least 30% of the population, and this contradicts the slogan Which is raised by the government regarding the vaccination of all residents on Lebanese soil, regardless of their nationalities.
A goal that Lebanon seems unable to achieve in light of the current crisis that afflicts all joints of the country, which will deprive the Lebanese, perhaps before others, from receiving the necessary health care, especially with the statements of the Ministry of Health that it does not have the necessary funds to give the vaccine to migrant workers.
Many factors have been and are still controlling the lives of Syrians in Lebanon on many levels, foremost among which is health. The economic crisis afflicting the country, which caused the deterioration of living conditions to unprecedented levels, has cast its burdens on everyone’s backs without exception, on top of them the poor classes, chiefly workers; The day-to-day and seasonal work that regulates the work of these people made the burden of life very difficult, especially with the slippage of the exchange rate and the fall of wages. Nevertheless, wherever you wandered around Beirut’s neighborhoods, from east to west, passing through its seaport, you will find workers racing against time to finish the required work, while danger threatens their lives always, and only fate takes care of their protection.