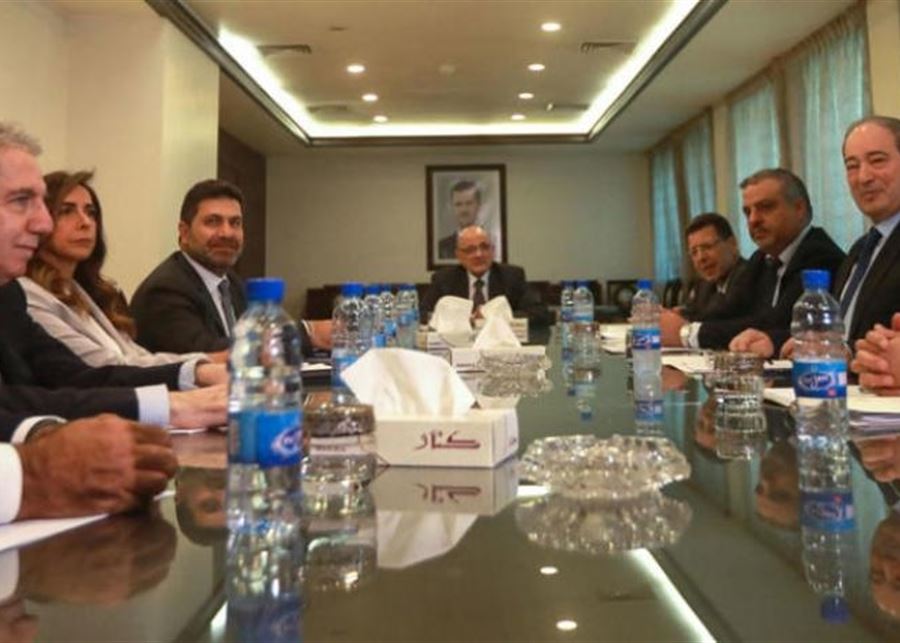 Yesterday, the Lebanese government ended a rupture in official relations with Syria, with a high-ranking ministerial delegation visiting the Syrian capital, headed by Deputy Prime Minister Zina Aker, to hold talks to obtain Damascus’ approval to pass gas and electric power from Egypt and Jordan through its territory. Damascus expressed its willingness to meet the Lebanese request, but the visit faced criticism from Lebanese political forces, as “normalization with the Syrian regime.”

Lebanon had reached the approval of the US administration to exempt the passage of gas through Syrian territory from the sanctions imposed on Damascus, by importing electric energy and gas from Egypt and Jordan through Syria and Lebanon.

During a press conference attended by the attendees, the Secretary-General of the Lebanese-Syrian Supreme Council Nasri Khoury said: “The Lebanese side demanded the possibility of Syria’s assistance to Lebanon in passing Egyptian gas and Jordanian electricity through Syrian territory. The Syrian side welcomed the request and affirmed Syria’s readiness to meet that.” The two sides agreed to follow up on technical matters through a joint technical team.

The recent visit renewed the Lebanese divisions over the resumption of official relations with the Syrian regime. Sources in the Lebanese Forces Party said that Lebanon, in light of the catastrophic financial crisis it is experiencing, needs any assistance that comes from sister countries such as Egypt and Jordan, but we must emphasize that the crisis is caused by the axis of resistance and the absence of the state by Hezbollah and its allies and their management of the Lebanese state.

Lebanese Energy Minister Raymond Ghajar announced that a four-way meeting with the participation of Lebanon, Syria, Jordan and Egypt will be held next week in Jordan to identify the necessary steps to activate the agreements between the four countries, in addition to discussing technical, technical and financial issues, setting a work program and timetable, and activating a technical work team to examine all locations in the four countries.