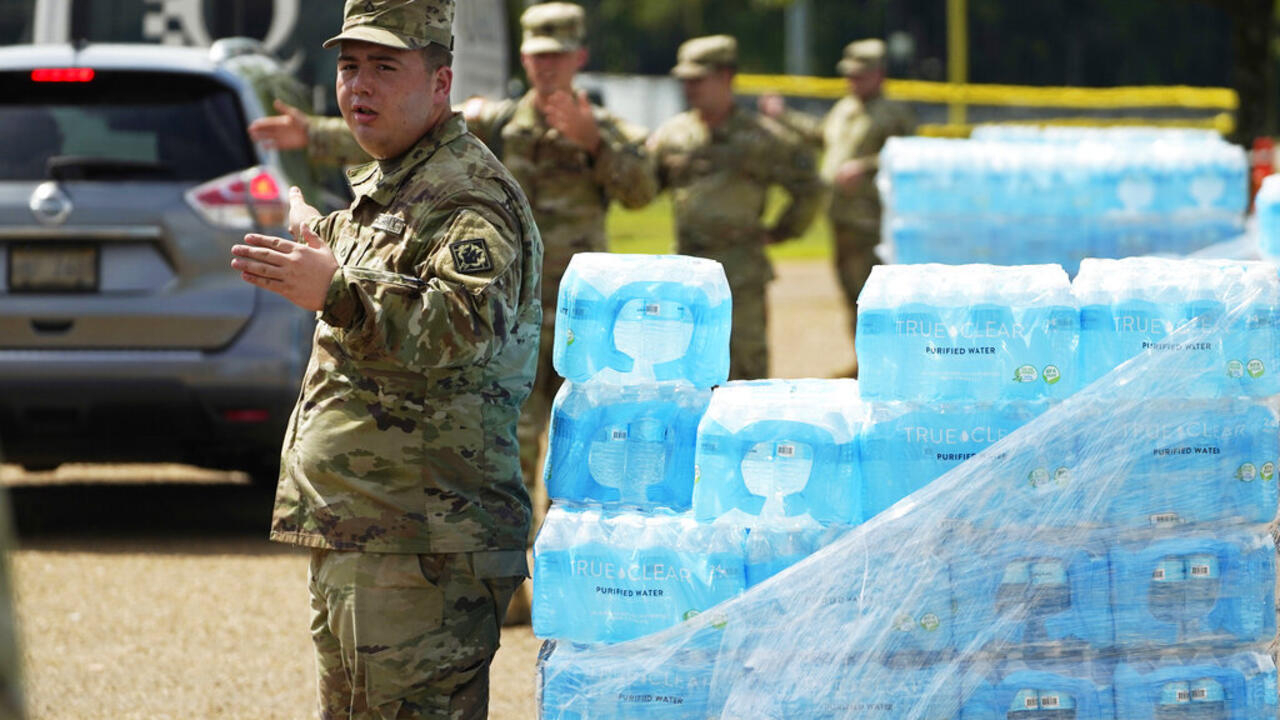 It takes place in the richest country on the planet, the United States. In Jackson, capital of Mississippi, the town hall has since July imposed on its 150,000 inhabitants, 82% of whom are African-Americans, to boil water before using it. Contaminated by many bacteria, it is unfit for consumption. The cause: outdated and poorly maintained pipes and a treatment plant. For many, this crisis has its roots in the segregationist past of the southern United States.

From our special correspondent in Mississippi,

He is sitting on the porch of his house and sipping water from a plastic bottle. George, like everyone else in Jackson, no longer uses tap water to quench his thirst. Too dangerous. His last glass of running water dates back two months and this 78-year-old disabled pensioner has rather bad memories of it.

When I drank it, it made me sick. I spat it out right away, but I was sick. I was vomiting. I tried to walk and I fell.

George had not respected the instructions of the town hall: to boil this water contaminated by bacteria before any use, even for washing dishes or brushing teeth. Because for three months, Jackson, capital of Mississippi, lives without drinking water.

►Read again : United States: the capital of Mississippi without water for a week

Turning on his tap has become a source of anguish for Jackson’s 150,000 residents like Maxinn. Every day, in her kitchen, in the middle of her stacked pots, this mother boils tens of liters of this water which sometimes runs brownish.

This water is very dangerous, not even good for washing your car!

The previous week, the water was simply cut off throughout the city. The dilapidated and poorly maintained reprocessing plant did not withstand record flooding. For lack of water, schools had to close for a week.

Since then, the pressure has been restored. Maxinn has put her three children back in school, but forbids them to use this water.

I’m worried, because I know this water is bad for them. I have to tell them constantly: don’t touch the water, don’t let that water come into contact with you! We shouldn’t have to tell the kids that.

Without potable water in Jackson, the National Guard had to be deployed. Every day, 600 men in fatigues distribute tens of thousands of bottles of water to residents who are waiting in their cars.

It’s good that they distribute this water. We don’t want to get sick.

My water is brown. I have to go to relatives to take a shower and do my laundry. It’s sad.

This water crisis is weakening the economy of one of the poorest cities in the United States. In Jackson, one in four residents lives below the poverty line, and restaurant owners are among the hardest hit.

To run her kitchens, Dana Koinig, manager of the Aladdin restaurant in Jackson, has to fetch water from the surrounding towns.

We wash everything with bottled water. It’s really expensive for us. And people don’t want to come to Jackson anymore. As a result, our turnover fell by 25% to 30%.

And according to this restaurateur, it is no coincidence that this water crisis is hitting a city that is more than 80% African-American.

It’s hard not to tell yourself that there is systemic racism behind all this.

An analysis confirmed by Robert Luckett, professor of history at the University of Jackson. For this civil rights specialist in the United States, the causes of this water crisis are to be found in the segregationist past of Mississippi.

In this state, there are still many very powerful white politicians, whose backgrounds are rooted in this history of white supremacy. What we are facing with this water crisis in Jackson is an almost completely black city, which for the past 50 years has seen the politicians at the head of the state become hostile towards its inhabitants and refuse to invest in infrastructure, simply because they are African-American.

This city in the deep south, without drinking water, seems abandoned. Everywhere houses in ruins and roads studded with gaping holes, as after a bombardment.

Last year, the city received $75 million in federal aid to renovate its pipes. Very insufficient; according to the town hall, it would take two billion to restore Jackson’s infrastructure, a new reminder of the inequalities that still plague the first economic power on the planet.

►Read also: Access to the right to vote: the impatience of the black community in the United States

The body of ‘Nong Mawin’ arrives at Wat Sala Daeng Set up prayers for 5 days before the cremation on 26 Nov.

How to choose your online broker?