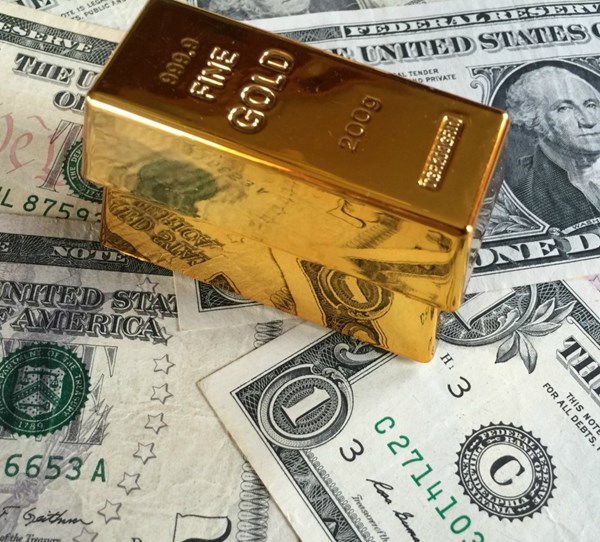 Gold falls as the dollar rises and bond yields rise

Gold prices fell today, Tuesday, from the highest level in a week, which was recorded earlier in the session, with the rise of the dollar and Treasury yields, amid expectations that the major central banks will tighten their monetary policy again.
And gold fell in spot transactions 0.2 percent to $ 1706.70 an ounce, by 14:30 GMT, after hitting its highest level since August 30 at $ 1726.49 in the Asian trading session.
US gold futures fell 0.2 percent to $ 1719.30.
The focus of this week will be on the European Central Bank meeting on Thursday when it is expected to raise interest rates by 75 basis points.
It is also expected that the Federal Reserve (the US central bank) will raise the interest rate by 75 basis points also at the monetary policy setting meeting on September 20 and 21.
The dollar jumped to a two-decade high after data showed the US service sector rebounding again in August, making gold more expensive for overseas buyers.
US Treasury yields rose to their highest levels since June on expectations that the Federal Reserve will continue to raise interest rates. Higher returns increase the opportunity cost of holding non-returnable gold.
As for other precious metals, silver fell 0.2 percent to $18.12 an ounce, and platinum rose 0.9 percent to $853.46, while palladium fell 0.7 percent to $ 2018.37. 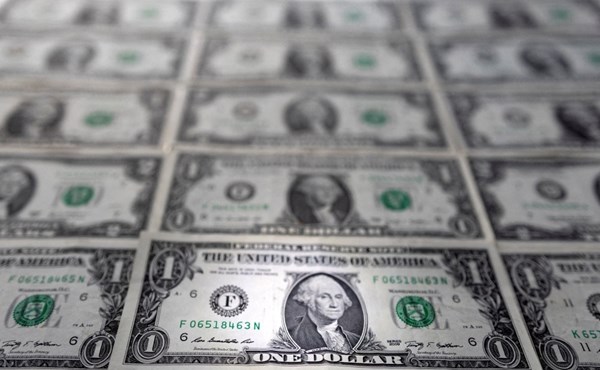 US Treasury yields hit their highest level since 2007

The yield on US two-year Treasury bonds hit a 15-year high on Monday as investors rearranged their positions for an extended period of big interest rate increases from the Federal Reserve following Chairman Jerome Powell’s speech on Friday.
In the sharpest terms yet in the monetary tightening cycle, Powell said the US central bank will continue to raise interest rates in its effort to curb inflation even though those increases are causing pain for households and businesses.
Markets now expect about a 65 percent chance of the Federal Reserve raising interest rates by 75 basis points at its September meeting, compared with about 57 percent on Friday when Powell spoke.
The yield on the two-year Treasury, which is more sensitive to interest rate expectations, rose to 3.489 percent, the highest level since late 2007 and eight basis points above its level at the close on Friday.
The yield on the benchmark 10-year Treasury bonds also rose eight basis points to 3.13 percent, but it is still far from its highest level recorded in mid-June of 3.49 percent. 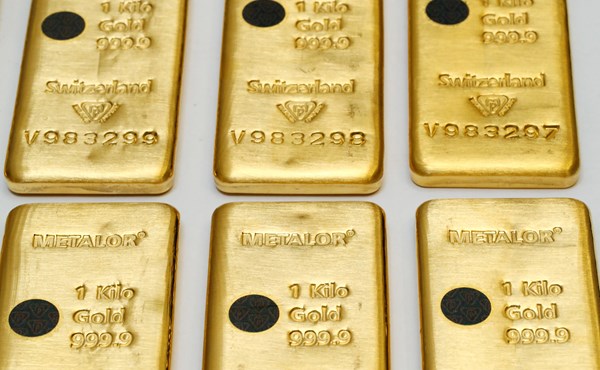 Gold is heading for a monthly decline

LONDON (Reuters) – Gold rose more than 1% on Friday, supported by a decline in the dollar, but bullion is likely to record a monthly decline, with expectations that US interest rates will be raised significantly. By 1144 GMT, spot gold rose 1.2 percent to $ 1916.21 an ounce, but its price has fallen 1.1 percent so far this month, in the first monthly decline since January. And US gold futures rose 1.3 percent to $ 1916.60 an ounce. “The dollar’s rise early in the week was a strong driver of gold weakness and we’ve seen the dollar reverse course…this clearly provides some support for gold,” said Ole Hansen, analyst at Saxo Bank. He added that factors supporting gold such as diversification of investments, volatility in stocks and bonds and the risk of slowing economic growth have not faded away yet. Raising US interest rates pushes the dollar and the yield on Treasury bonds higher and puts pressure on dollar-denominated gold. As for other precious metals, silver rose in spot transactions 1.4 percent to $23.45 an ounce. And platinum rose 1.2 percent to $ 930.31 an ounce. The two metals are on their way to record monthly declines as well. And palladium rose 2.5 percent to $ 2287.98 an ounce. 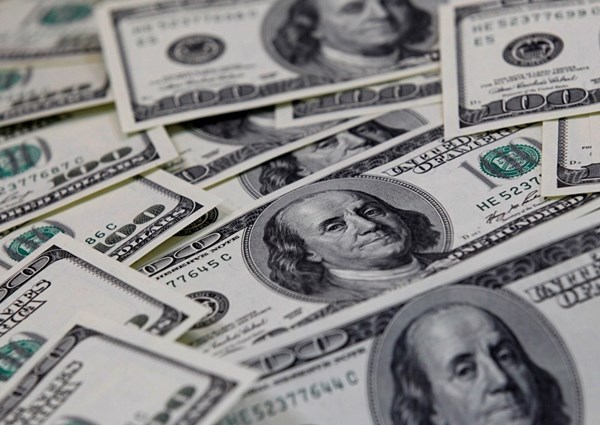 LONDON (Reuters) – The dollar index rose to 100 points for the first time in nearly two years on Friday, boosted by prospects of an acceleration in US interest rates. The dollar rose against a basket of rival currencies over the past month, especially against the euro, which came under pressure due to investor concerns about the economic costs of the ongoing war in Ukraine and the presidential election in France, which is witnessing a heated competition. The dollar index climbed to a high of 100 points in early European trading hours. , which is its best performance since May 2020. It later lost some momentum and settled in the latest trading at 99.876. The index rose 1.4 percent this week in its largest increase in a month, supported by statements tending to tighten monetary policy from many policy makers at the Federal Reserve (the US central bank) who are calling for a faster pace of raising interest rates to curb inflation. The euro fell to a new one-month low of $1.0848. It was last down 0.2% at $1.0865. Thursday’s European Central Bank meeting minutes indicated that policy makers are keen to combat inflation, but the euro zone has so far taken a more cautious stance than other central banks, which has weakened the euro. The dollar extended its gains against the Japanese yen, recording 124.23, the highest level in more than a week, close to its best performance in seven years at 125.1 recorded last month. The yen has stabilized this month after falling in March, but remains under pressure as the US raises interest rates and the Bank of Japan intervenes in the bond market to keep rates low. The British pound fell against the US currency, falling 0.2 percent in the latest trading, recording $1.30475. In the cryptocurrency markets, bitcoin rose one percent to about 43,890 dollars. 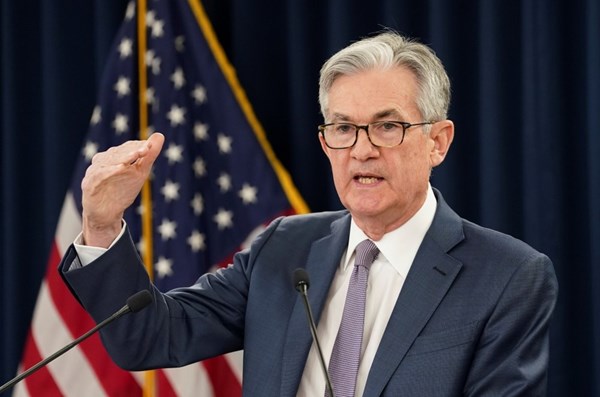 Powell: The US Federal Reserve must act quickly to reduce inflation

WASHINGTON (Reuters) – Federal Reserve Chairman Jerome Powell said on Monday the US central bank must act “urgently” to bring down high inflation, adding that it may use larger-than-usual increases in interest rates if necessary.
“The labor market is very strong and inflation is very high … there is a clear need to act urgently to bring the monetary policy stance back to more neutral levels and then move to more restrictive levels if that is what is needed to restore price stability,” Powell added.
In particular, he said, “if we conclude that it is appropriate to move more aggressively to raise the federal funds rate by more than 25 basis points at a meeting or meetings, we will do so.”
Powell also repeated that the Fed’s cuts to its massive balance sheet could begin as early as May. 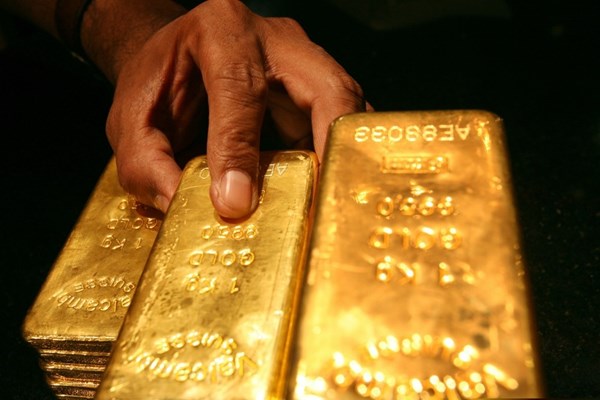 LONDON (Reuters) – Down gold prices Today, Monday, affected by the rise of the dollar and the rise in US Treasury bond yields, while investors are awaiting inflation data due later this week, which may support a decision of the Federal Reserve (the US Central Bank) to raise interest rates sooner than expected.
And the price of gold in spot transactions 0.1 percent to 1793.86 dollars an ounce (an ounce) by 15.20 GMT, after it had reached its lowest level in three weeks on Friday.
And the price of gold futures in the US fell 0.2 percent to 1794.60 dollars.
US 10-year Treasury yields rose to a two-year high as the dollar rose, amid expectations that high inflation in the United States would pave the way for an increase in interest rates.
Investors are now awaiting inflation data due on Wednesday. The data is expected to show the core US consumer price index rose to its highest level in decades to 5.4 percent in December, from 4.9 percent in the previous month.
Some investors consider gold as a hedge against high inflation, but it is vulnerable to rising US interest rates, which increase the opportunity cost of holders of the yellow metal that does not generate returns, while the rise of the dollar makes the precious metal expensive for holders of other currencies.
In other precious metals markets, the spot price of silver rose 0.2 percent to $22.35 an ounce, platinum fell three percent to $926.75 an ounce, and palladium fell 1.3 percent to $1909.09.