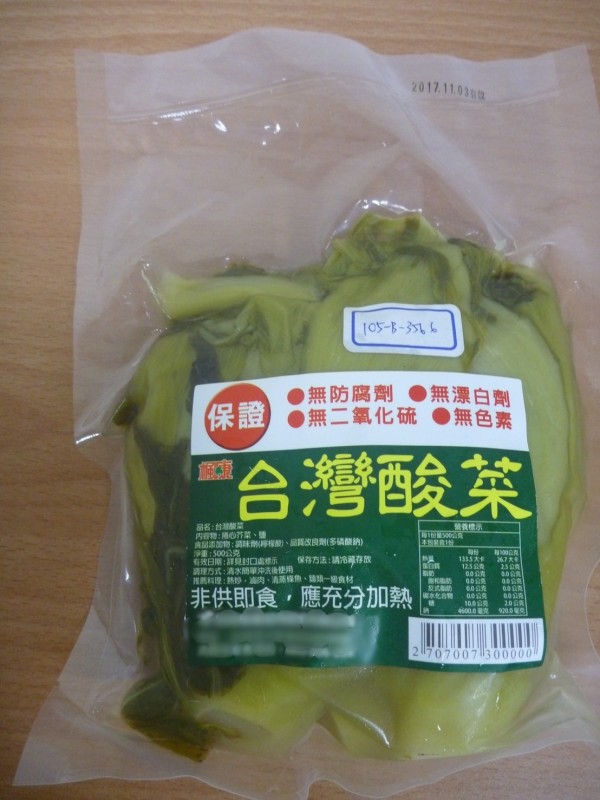 [Reporter Cai Shuyuan/Taichung Report]The Lunar New Year is approaching. The Department of Health announced today that it was inspecting commercial Chinese New Year products. Among the 22 pickled vegetables, the “Taiwan sauerkraut” of the Taiping branch of Taiwan Fengkang Supermarket was 8 times more than the standard sulfur dioxide. It was required to be removed and moved. The Yunlin County Health Bureau, where the upstream manufacturer is located, will be asked to investigate and deal with the violation of the Food Safety Law. The penalty will be 30,000 to 3 million.

The Health Bureau pointed out that the bleaching agent sulfur dioxide is a legal food additive, but it is used in a limited amount. Long-term intake of large amounts can easily cause breathing problems, gastrointestinal symptoms, nausea and vomiting, and affect health.

The Ministry of Health reminds that more salt may be added to pickled vegetables during the process of making pickles. It is recommended that people soak them in water for 20 to 30 minutes before cooking, and then rinse with running water to reduce salt intake. Finally, they can be boiled in boiling water. In 3 minutes, accelerate the volatilization of sulfur dioxide with the steam, avoid overfeeding.