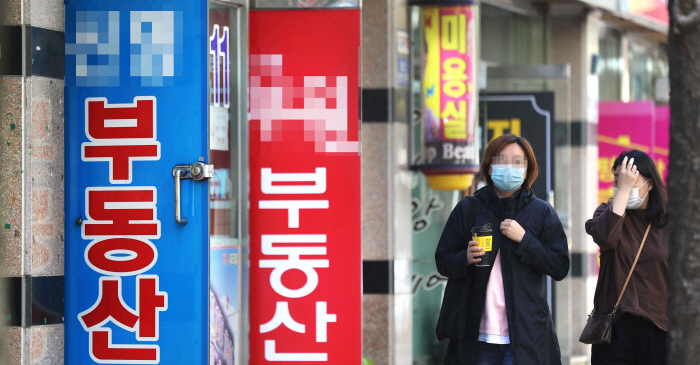 According to the Association of Real Estate Brokers on the 12th, the number of real estate brokerage openings and closures nationwide in August was 1,075 and 815, respectively. The number of openings has steadily decreased since January of this year (1833 cases), barely exceeding 1,000 cases. It is the lowest since the number of openings (994 cases) in September 2019, when transactions were frozen due to the government’s high-strength real estate regulations.

The number of business closures broke the record low with 815, which was lower than the previous minimum level in February (833).

An official from the Association of Certified Realtors said, “It is common that the number of openings and closures decreases as the year-end approaches,” but, “This year, the brokerage market is booming, so the number of closures is not decreasing. Many brokers even missed the timing of closure due to sluggish sales,” he said.

As online brokerage platform companies jump into aggressive sales, the place for brokers who stick to the existing offline-oriented sales method is getting narrower.

A company that started its service in March last year surpassed 400,000 and 1,700 monthly active users (MAU) and member brokers, respectively, in six months. Monthly registrations are over 10,000. As more and more companies are offering low brokerage fees based on their online business model, the view of brokerage industry officials is that existing offline brokerages without competitiveness will inevitably be eliminated.