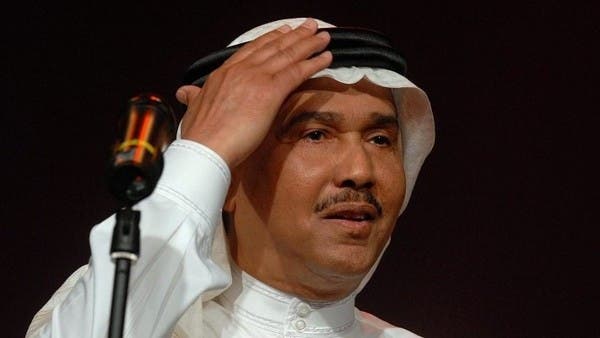 A wide controversy was raised by the Saudi artist, Muhammad Abdo, after statements he made during a television interview, Wednesday, about his late colleagues, Talal Maddah and Abu Bakr Salem, as he considered that they did not make for themselves a “national legacy” in art.

And the “Arab artist”, during his appearance on the “Stages” program with the Saudi journalist Ali Al-Olayani, considered that Talal Maddah and Abu Bakr Salem left a flirtatious legacy, but the national heritage is what remains, which they did not leave.

‘I speak as a critic’

He also added, commenting on the song “Ya Bladi, Wasali”, laughing: “It’s like someone pushing a broken car… This is not the homeland,” he said.

He also continued that the artist should give his best for his country, stressing that he spoke as a critic and as a person who lived with them at that stage and that he was telling his opinion to the departed in front of them.

However, these statements sparked widespread controversy, and various reactions on Twitter, where the Saudi academic Turki Al-Hamad commented on Abdo’s words in a tweet in which he said: “Talal Maddah, may God have mercy on him, was an artist full of feelings and feelings, singing with his heart and soul before his voice, and Abu Bakr Salem, have mercy on him.” God, he was an elite artist in his words, bar, and performance, and not everyone agrees with him. Our able artist, Muhammad Abdo, could have had mercy on them, and refrained from delving into their biography in appreciation of them and that is enough…”, he said.

There were also many tweets on social networking sites on the subject, criticizing Abdo’s words, especially that he mentioned other names, as he also considered that the songs of the artist Abdul Majeed Abdullah are temporary and fast and do not constitute a heritage.

He also saw that the artist Rabeh Saqr has developed himself and is attracting young people who prefer “rap” songs.

Not the first time

It is noteworthy that the Saudi artist, Talal Maddah, died on August 11, 2000, live, while performing one of his lyrical prayers on the “Al-Muftaha” theater in the city of Abha in Saudi Arabia, in front of more than 3,000 people.

As for Abu Bakr Salem, he passed away in 2017 after a long struggle with illness.

And this is not the first time that statements by the artist, Muhammad Abda, have spoken of confusion in the circles, before a period of great controversy when he spoke about the competition between him and the late Abu Bakr Salem.

Emirates News Agency – Liverpool and Real Madrid in the first leg of the Champions League. Exciting performances for Jurgen Klopp, Salah and Mane